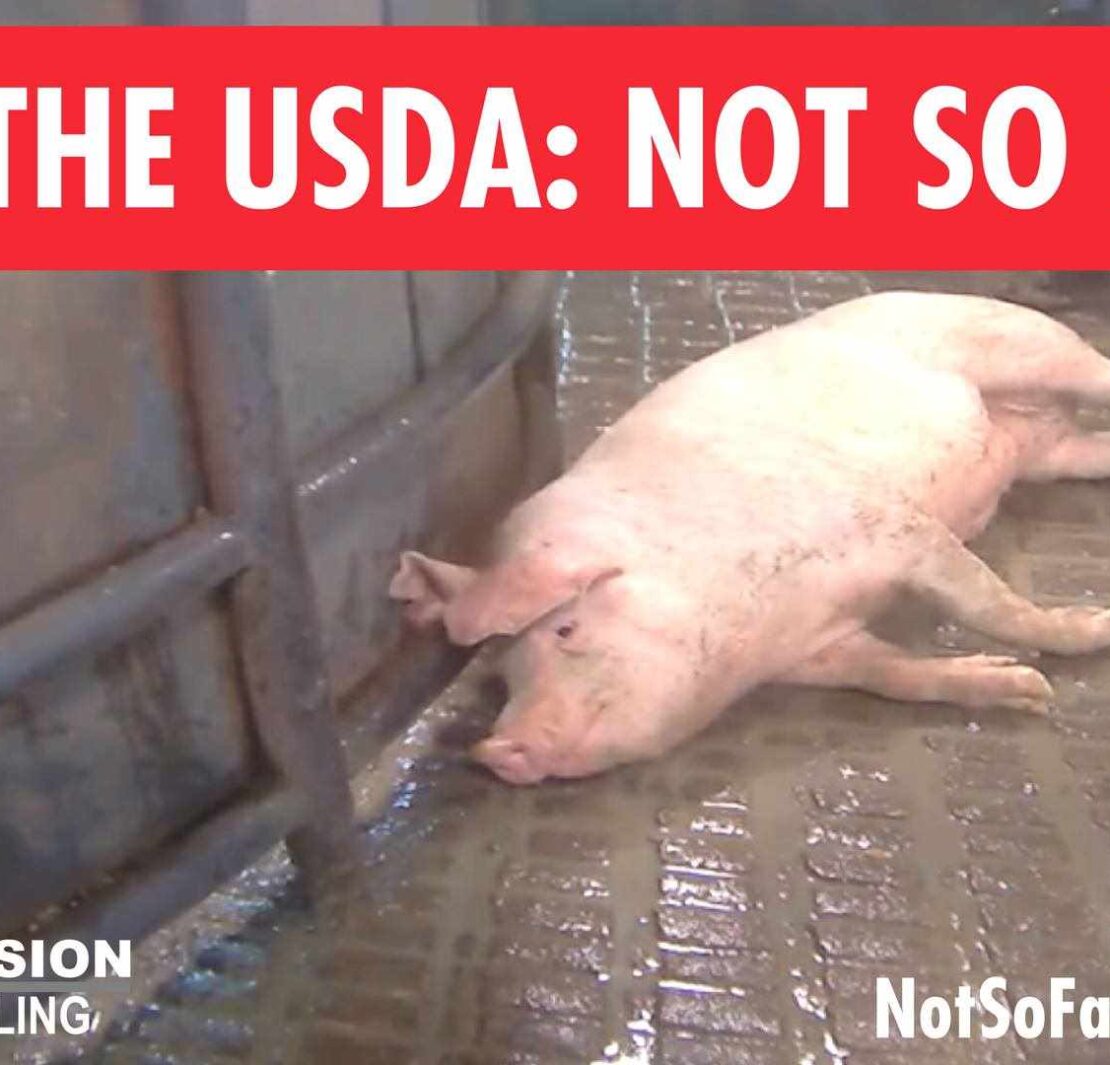 Help Stop the Horror of High Speed Slaughter!
Join over 300-thousand other animal lovers!
SIGN THIS PETITION NOW: bit.ly/stopHIMP
Tell the U.S. Department of Agriculture, “Not so fast” to hideously cruel high-speed slaughter! Join former Compassion Over Killing undercover investigator Scott David, the man who documented the horrors, at a DC press conference/rally on:
April 24th. Sign up here:
facebook.com/events/693214504182543
Help expose the hidden horrors he documented at one of the fastest pig-killing plants in the country, operating under the USDA’s high-speed slaughter pilot program. We will deliver our petition, signed by over a quarter million people, to the USDA urging them not to expand their high-speed slaughter program nationwide. The government’s proposal will jeopardize millions of pigs, consumers, and workers.
Under the proposal, misleadingly titled the “Modernization of Swine Slaughter Inspection,” slaughter plants would be able to set their own slaughter line speeds, food safety inspection would be largely placed in the hands of the slaughterhouses themselves, and the number of government food safety inspectors on the line would be reduced.
In 2015, Scott documented egregious cruelty, as well as pigs covered in feces or pus-filled abscesses being slaughtered and processed for human consumption with a USDA inspection seal of approval, in an investigation of one operation. Though this plant is considered a model for the expansion of the USDA’s pilot program, COK’s footage also reveals pigs being shocked, dragged, and improperly stunned as workers struggled to keep up with line speeds. 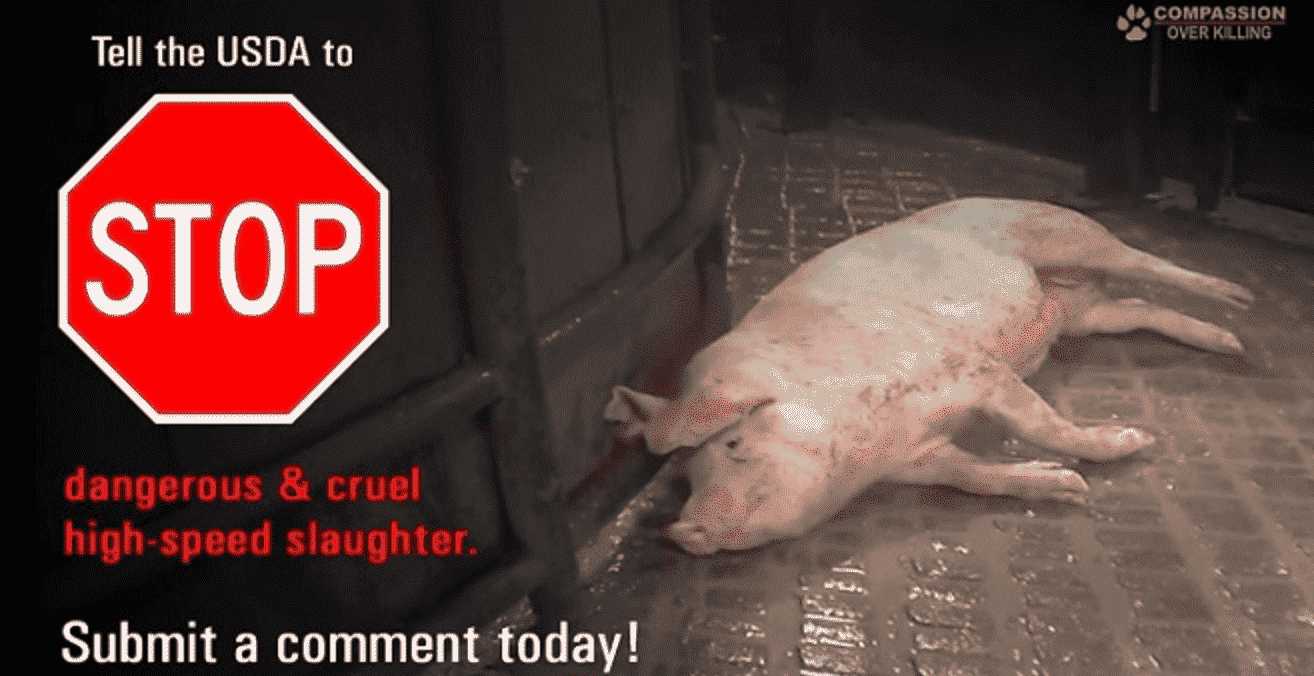 Save The Sea With This Sandwich!