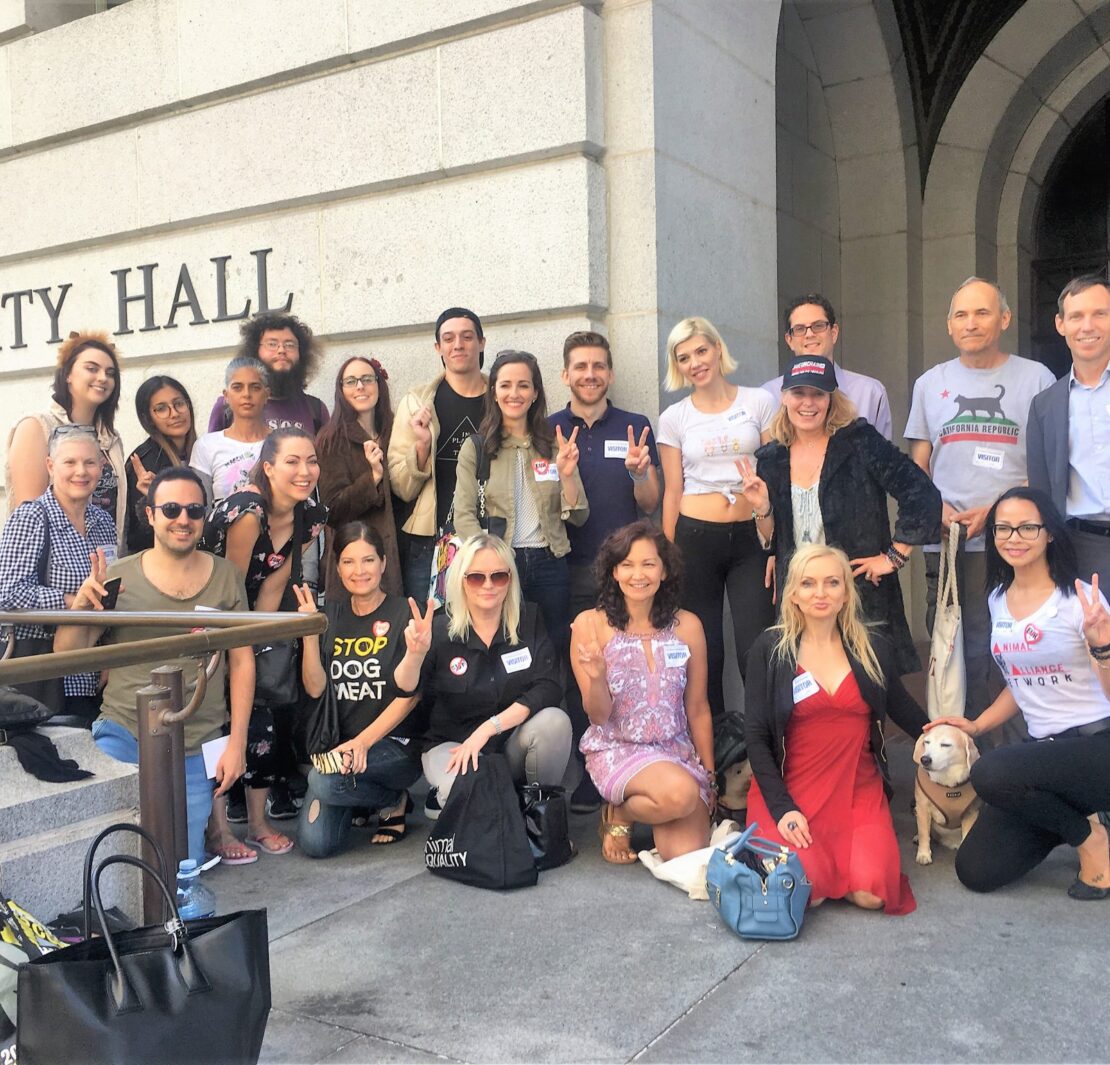 PETA (People for the Ethical Treatment of Animals), Animal Defenders International, Los Angeles Animal Save, Those Annoying Vegans and many more, all here to lend their voices for the innocent animals of the cruel fur trade.

This hearing was one more step towards change for the animals. As mentioned in the hearing, Los Angeles has the opportunity to lead by example as a fashion and glamour capital of the world. If Los Angeles says no to fur, we expect many other cities and metropolitan areas will follow. Fur has not been banned in LA yet but we are that much closer to saving animals from tortured fates in the future.

According to Ana Carov of Those Annoying Vegans, “The city attorney is drafting the order, which will then be reviewed and revised by the city council, and then it will go to Mayor Eric Garcetti for final approval.” We are uncertain of the time frame for these next steps but we will follow closely and offer updates of major developments concerning this ban.

For now, you can take action by contacting your city council members https://www.lacity.org/…/council-direct…   and asking them to pass the fur ban in Los Angeles. Please be sure to thank Councilmembers: Blumenfield, O’Farrell & Koretz for bringing this important issue to the public.

We invite representatives of the fur industry to respond at any time.

Stay up to date on the City Clerk’s website here

Welcome to Paradise! Vegan Eats with a Hawaiian Flair!