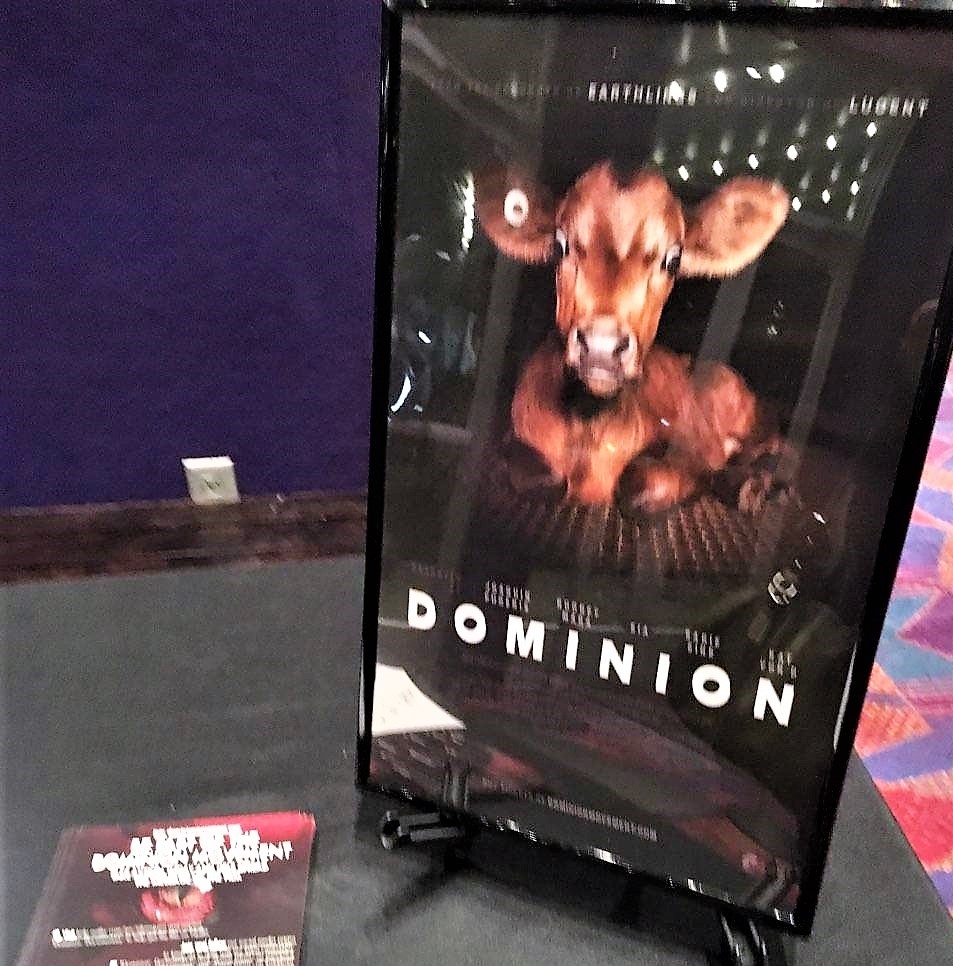 #JaneUnChained is LIVE at the Q & A with co-producer Shaun Monson with hosts Those Annoying Vegans (Ana Carolina Valverde & Brian Ruppenkamp following the screening of Dominion: Documentary in Sherman Oaks, California. This powerful film uses hidden cameras and aerial drones to investigate the dark side of animal agriculture.
Brian asks Shaun a great question about how he deals with bearing witness, seeing animals suffer up close. Shaun explains that he steps outside of his feelings and he tries too be the messenger. He says he tries to be the “window that the light can shine through.” A person witnessing what these animals go through can let their pain go and continue to share what happens to these animals. Shaun’s close friend Robert Sud says, “The very least we can do after watching what these animals go through, is be vegan.” 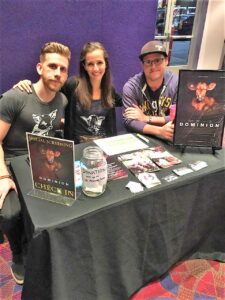 Shaun explains that the “almighty dollar” has trumped the messages of the issues facing our communities. The film Earthlings, Shaun made in 2005 was widely circulated by film festivals, groups, and individuals but it was not pushed by the media or major film groups. When you witness what happens to animals worldwide and continues to happen to them every second of every day, you are left with the decision of whether or not you want to partake in a practice that causes so much suffering. These films can show you these truths.
Shaun actually went vegan in the 90’s when he saw a footage of animals being killed on camera. He watched the film “Heart of Darkness,” where they slaughtered pigs and it made him learn more about the industry so he stopped eating meat. What do we do with humanity? This is the question posed by Shaun. There are people who have no empathy for animals, and we have to live with them. We have to keep trying and keep showing them the truth. Don’t give up. The most stubborn of people have changed when they have the right influence.
You have the power to help these animals by inviting others to see the truth. So please recommend documentaries, books, social media accounts, websites or whatever you can to open their eyes, their minds, and their hearts. Maybe one day our entire species will learn to treat our fellow earthlings with respect and kindness.
Watch Dominion for FREE on their website!
For more information about the movie go to: Dominionmovement.com.
Lindsey Baker is reporting LIVE for JaneUnChained News.