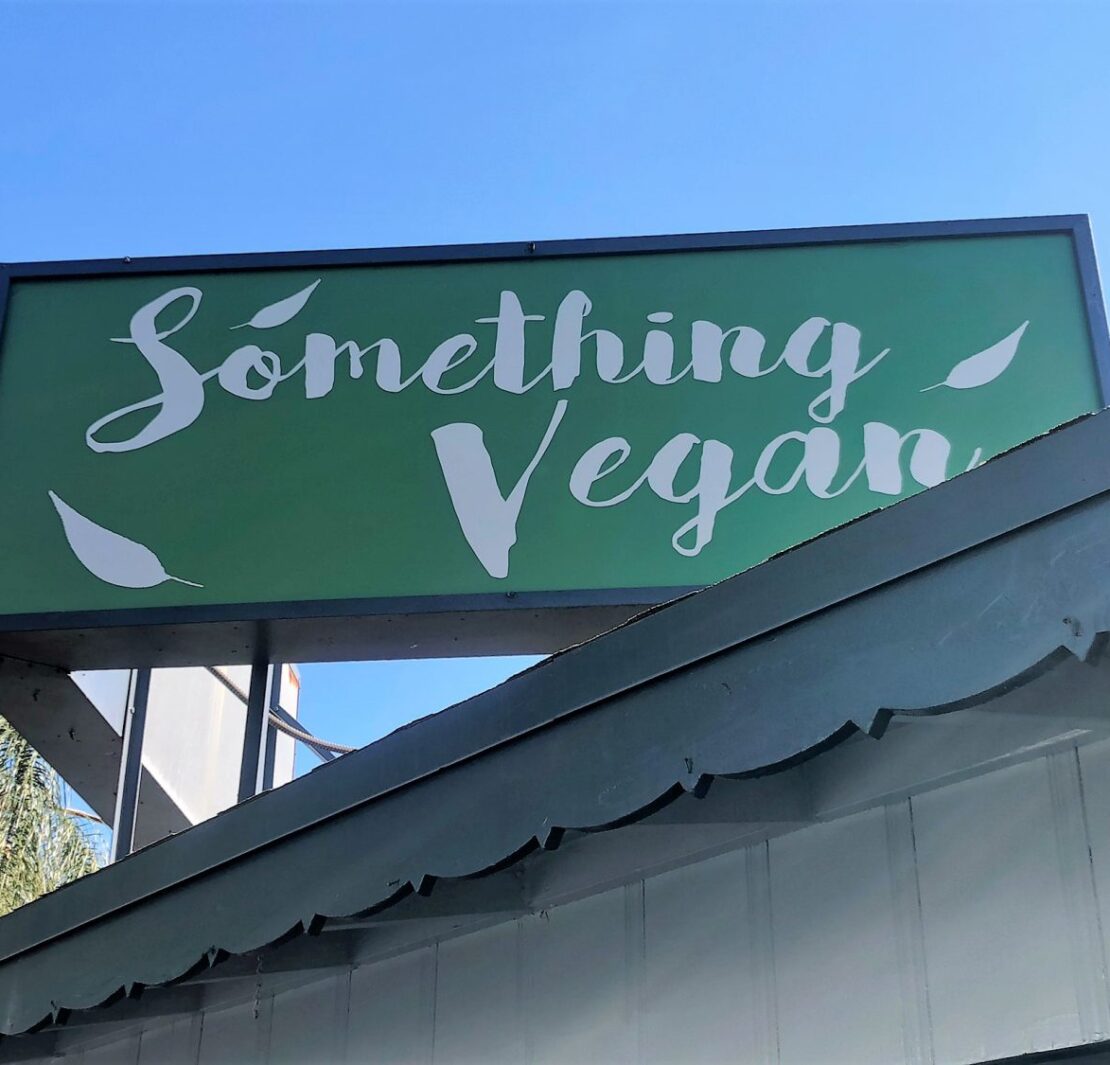 Why yes there is! Today’s #LunchBreakLIVE is live at Something Vegan resturant in Toluca Lake, California, adjacent to Burbank, California, with special guests Mark Mulcahy, owner and CEO of Vegan Chic, along with journalist ABC7 Weekend Reporter Jory Rand and Jane Velez-Mitchell.

Something Vegan is Mark’s go to place for food. He vouches that everything here is amazing! He says you can eat here five nights a week and not get tired of the amazing variety of food. This is an absolutely lovely restaurant and it has a comfortable home-like feeling. Talk about variety! There are fresh rolls, spring rolls, chick’n wings, and then the friendly waitress brings out a taco trio to top it off!

Veganism is on the rise! There are several different vegan groups and businesses popping up worldwide. Jory explains that so many people are going vegan in the United Kingdom that they are running out of vegan chefs! This is the second vegan restaurant that Jane has reviewed in Burbank recently and she passed a vegan food truck on the way to this one. It’s only a matter of time before veganism becomes the norm!

Mark and his wife own Vegan Chic which is an amazing company where you can get all your vegan accessory needs covered! Mark explains that there is no reason in this day and age that we should be wearing animals. There is no need with all of the technology we have now. Raising cows for leather is not sustainable and it is unethical.

Jory has been vegan for about a year and a half. He stopped eating most meat over ten years ago. He was a pescatarian for a while, and eggs were the last animal product he stopped eating. Jory takes us out with some words of encouragement. He says you don’t have to transition to veganism overnight. You can take “baby steps” and make it fun at flavorful restaurants like Something Vegan!

Check out the must-try Something Vegan Restaurant!

Visit the Vegan Chic website and get some cute cruelty-free gear!