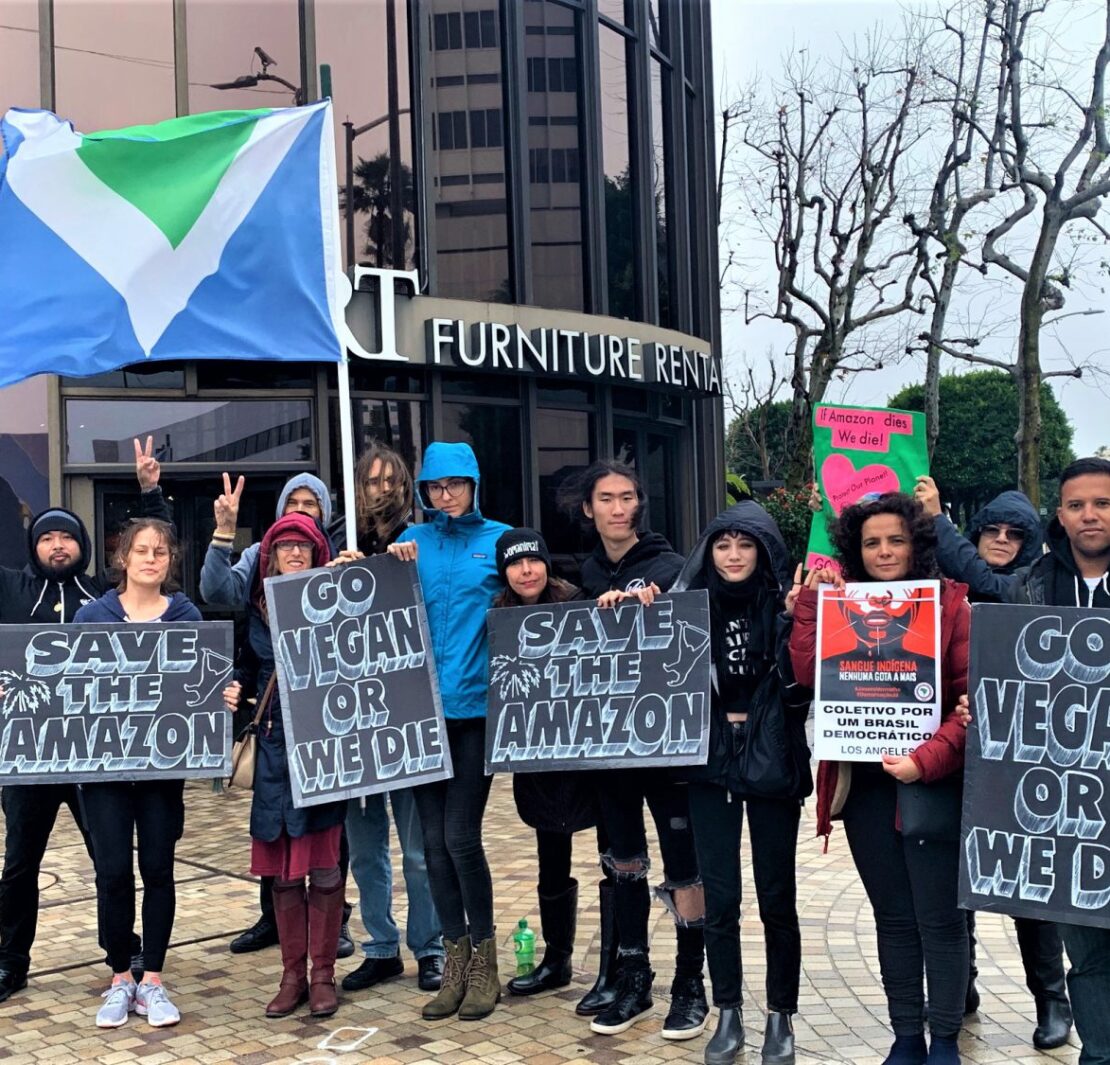 #JaneUnChained #LIVE at the Brazilian Consulate in Beverly Hills, where environmentalists and animal activists are urging Brazil’s new President Jair Bolsonaro, who has been described as “The Trump of the Tropics,” NOT to open the Amazon rainforest up to more cattle ranching, roads and industry, thereby destroying the “lungs of the earth” as climate change accelerates! In Defense of Animals and the Climate Save Movement delivered that message to Brazilian Consul General Marcia Loureiro, along with petitions! Pouring rain did not stop those who say the survival of our planet is at stake, as animal agriculture is a leading cause of global warming!

As humanity continues to destroy the rainforests, we will see increased climate change. The deforestation of our forests to make more land for animal agriculture causes the carbon in the atmosphere to increase. We will literally smother ourselves and our planet if we don’t put a stop to deforestation. Lisa Levinson says that we need oxygen from the rainforest. If we turn the rainforests into “the Sahara Desert,” we will perish. Lisa explains that people around the world have come out on this day to ask that the Amazon Forest be spared from destructive practices.

Ryuji Chua explains that he is here to take a stand against practices that will cause long-term damage to our planet. He explains that there are no unlimited resources. He says the bottom line is that the short-term business gains will destroy any possibility of long-term business gains because there will no longer be resources to exploit. This will leave wildlife, the planet, and humanity to suffer. Please take a stand against the destruction of our home, planet Earth, and speak for our planet by letting President Bolsonaro know we will fight for the rainforest and our planet!

Representatives of the Brazilian government to respond at any time.

Take Action on The In Defense of Animals website.