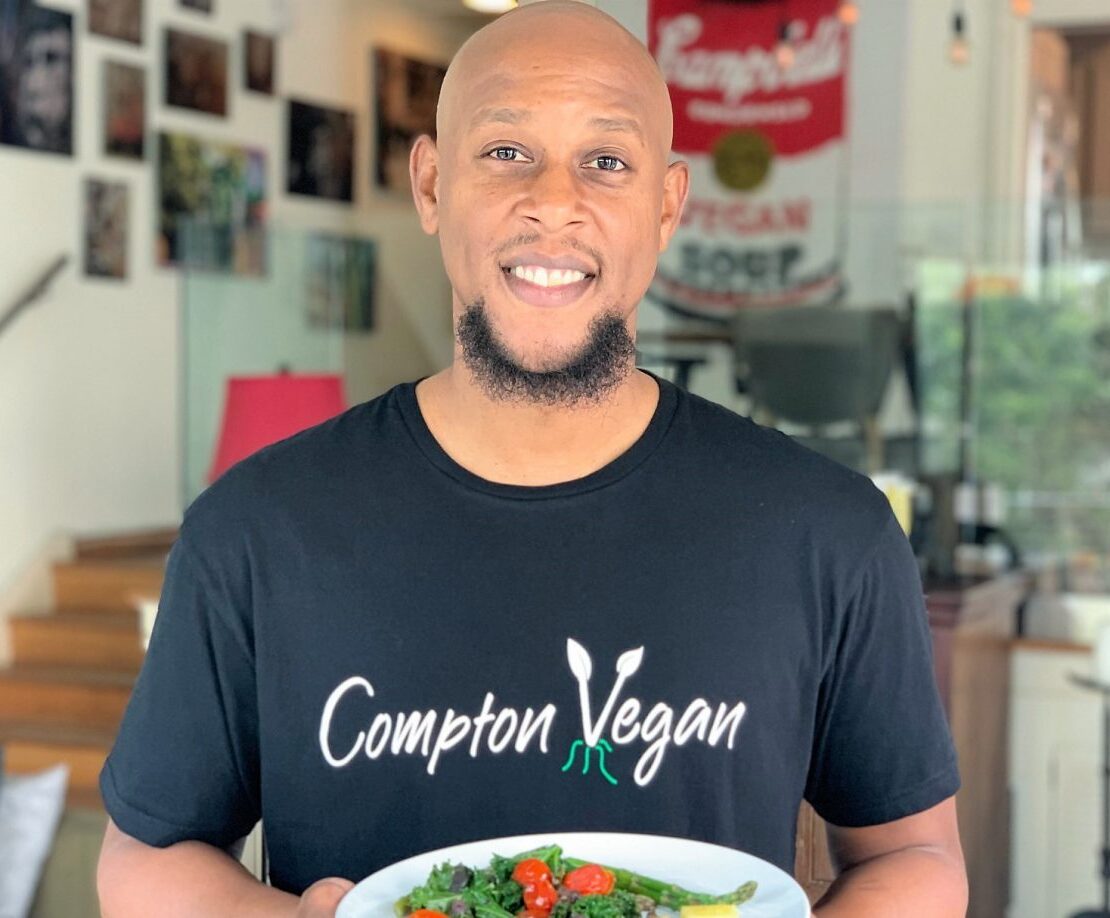 Lemel used to teach high school science and that how he learned that his cute dimples are actually a birth defect. He started a plant-based fast about five or six years ago, and he decided to stick with it. Lemel says he feels better, sleeps better, and he has better relationships with other people since he transitioned to veganism. He stopped from teaching to starting his own business, Compton Vegan. Compton Vegan has all your catering and popup needs covered. Through his cooking talents, he is teaching people how to eat healthier, especially in food deserts like this hometown in Compton, CA.

Lemel starts off with some precleaned chopped green kale and then he chops asparagus and portabella mushrooms. He preps the cherry tomatoes with olive oil, pepper, and pink Himalayan sea salt. He roasts the tomatoes. While those are roasting Lemel mixes together the chopped veggies and sautes them.  Lemel is a self-taught chef and he can make several delicious dishes. He makes everything from chick’n and waffles, to jackfruit ribs, jambalaya, and many vegan soul food dishes. Today, Lemel adds a side of sliced pineapple to give this dish a little exotic flair. Try making Lemel’s tasty creation at home with his recipe below!

Preheat over to 400 degrees

Combine and toss grape tomatoes, oil, salt and pepper. Place in over for 10-12 minutes.

All The Cool Kids Show Up For The VegOutLA Awards!