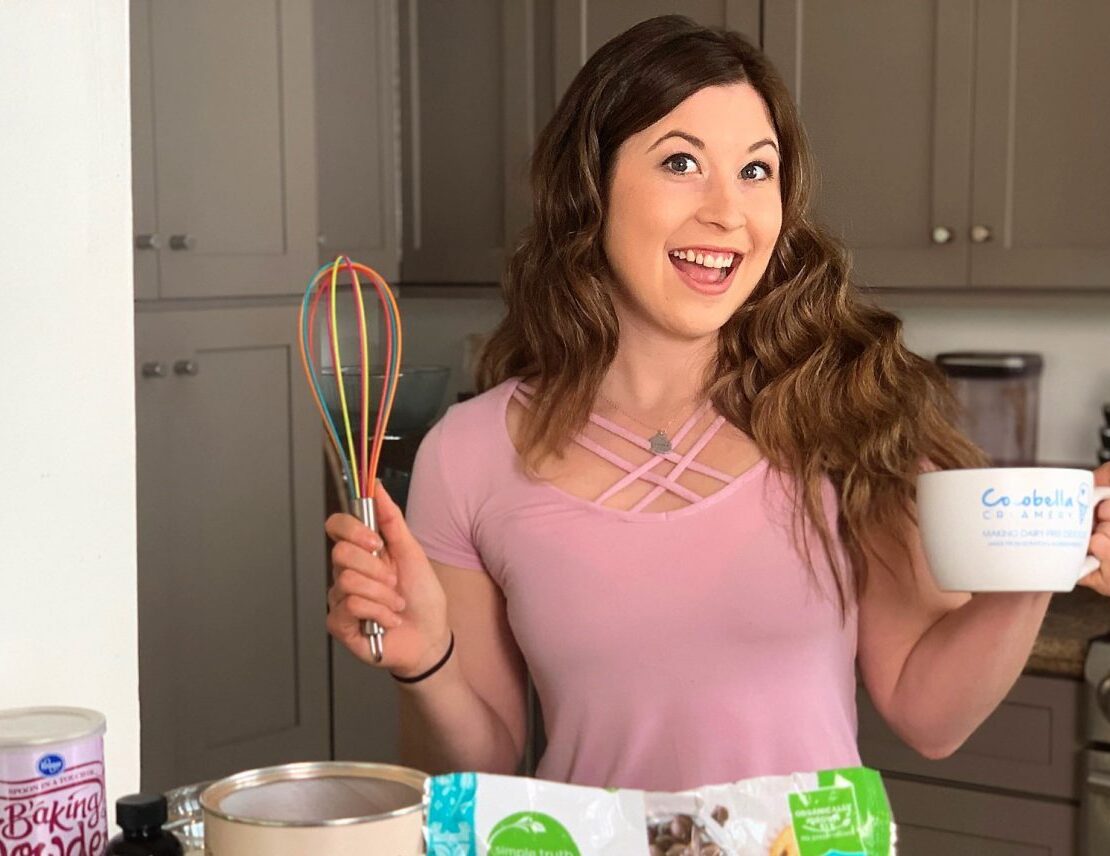 #LunchBreakLIVE with vegan cookbook author Hannah LeBrun! This 2-time bikini pro bodybuilder is making chocolate cake in a cup! Her fabulous plant-based cookbook is called Vegan Recipes for Success and features high protein recipes for an athletic lifestyle! Hannah still lifts but is focused on her new business, Hermosa Life, which empowers women to fully express their inner radiance!
Hannah grew up in Austin and she started bodybuilding a few years ago. She quickly started competing professionally as a natural bodybuilder. She has won two shows already! Hannah had been vegetarian for 13 years and 4 years ago she went vegan. She thought she needed to eat dairy and eggs until she watched the documentary Forks Over Knives. After watching the film, she realized she could be much healthier by cutting all animal products from her diet. Jane explains that there are so many athletes around the world that are going vegan for health and performance benefits.
The key to this recipe is eating only one cup of cake. The mug makes it easy to control your portions, and it makes it easier not to share if you want the whole cup for yourself! Make sure to use organic sugar to avoid sugar that has been dried on animal bones. It’s a great simple recipe that you can make in the microwave! But if you don’t want to use a microwave, you can also put it in the oven as Hannah demonstrates. Jane says this recipe is so simple, it can be made in a dorm room! Hanna mixes her dried ingredients and adds the wet ingredients all in one cup. Talk about easy and simple. Jane tries the cake and says it is super delicious! Jane can’t resist the urge to add whipped coconut cream to the top of this mini cake. It might be dangerous to know we can make a chocolate cake in minutes. Try to pace yourself, but most of all indulge yourself. You deserve it! Try making chocolate cake in a cup with Hannah’s super simple recipe below.
Follow Hannah on Facebook!
Like Hannah’s Page Hermosa Life on Facebook!

Mix all dry ingredients in a mug. Add plant milk and vanilla, and then mix with a fork. Place in microwave and Heat on high power for about a minute-90 seconds. Top with extra vegan chocolate if desired. Enjoy!

Newborns Cry Out For Their Mothers!