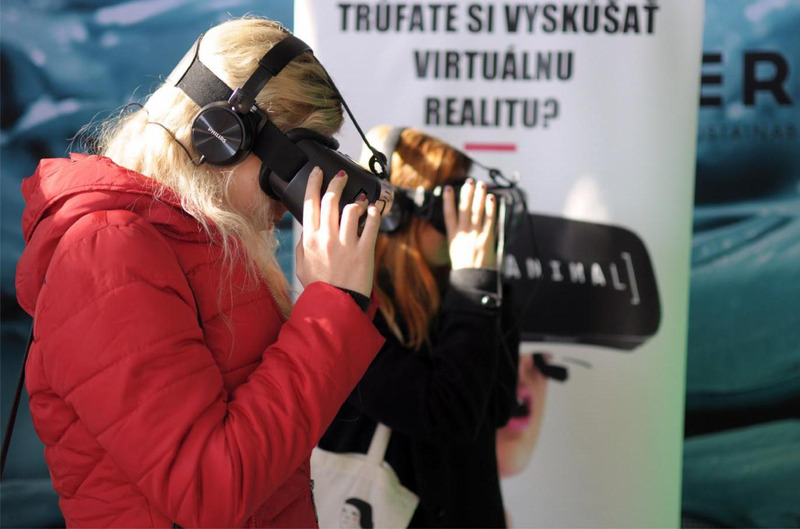 #JaneUnChained #LIVETALK with VegFund‘s Leah Gage! Find out how you might be able to get VegFund financial support for your compassion project! If you’re a vegan activist running a VegFest, a Cube, a speaking tour or any other kind of vegan activism, you could be eligible for a VegFund grant! Go to: vegfund.fluidreview.com

Here are some examples of ways VegFund has helped to fund organizations and individuals who promote veganism.

ALL OF THE BELOW EXAMPLES OF HOW VEGFUND CAN HELP WERE TAKEN FROM THEIR WEBSITE:

“In 2018, vegan activists in the United Kingdom (UK) hosted their first iAnimal video outreach event at the University of Newcastle with great success. Through the power of video footage (and a free vegan cupcake!), this event was designed to raise awareness of the issues associated with factory farming and the benefits of plant-based eating. Twelve volunteers reached an estimated 120 individuals and directly engaged 60 of those with the iAnimal virtual reality (VR) experience of the conditions animals endure in a factory farm. The event setup and impactful video footage stimulated in-depth discussions on this important topic. All participants were interested in learning about how they could make a difference!”

“Veganuary is a charity that encourages people across the world to experience vegan living for the month of January, a time of new challenges and new beginnings!

This UK-based online vegan campaign, launched in January 2014 after a conversation between husband and wife co-founders, Matthew Glover and Jane Land in late 2013. In 2017, Veganuary began actively promoting its vegan pledge as a year-round online campaign, although the program’s focus is primarily on the month of January.

Participants receive daily email support and are encouraged to engage actively with Veganuary on its social media platforms. Veganuary.com is the largest website of its kind, providing all the answers to “why go vegan” alongside excellent guidance on “how to go” vegan. The website features more than 500 vegan recipes, a vegan guide to eating out, and an online vegan starter kit, alongside the latest news and expert advice.

Veganuary 2018 broke all records — almost 170,000 people worldwide pledged to try vegan for the month of January! The campaign has continued to build in strength since its inception. Sign-ups increase every year, and the program has attracted national media coverage ranging from major newspaper coverage to radio and television appearances. It’s official — the world has embraced “Veganuary”

During the Bull City Vegan Challenge (BCVC), Durham-based restaurants offer one new, 100% plant-based menu item. Restaurant-goers then have one month to visit the participating eateries and try their new vegan menu option, after which they get a special stamp on their Restaurant Passport. At the end of the month, people vote for their favorite dish.

This year, Bull City Vegan added a “sustainability” component, requesting that restaurants source their meals locally and sustainably. In the past, Bull City Vegan has received grants from VegFund to host the BCVC after-party, and this year they applied for a grant to support their marketing and communications efforts during the challenge itself.”

Take Your Activism To The Next Level!

Whether you are an individual activist or a 501c3, VegFund may be able to give you the financial help to take your activism to the next level!  Visit the Vegfund website to learn more and to apply for one of the many grants available.  Imagine the new heights your activism journey could go with a little financial support.