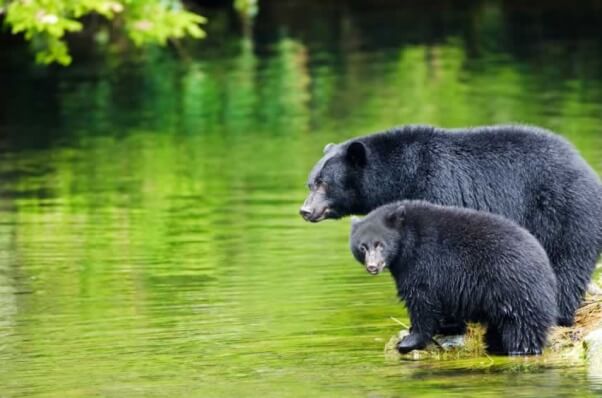 There is outrage over a planned bear hunt in New Jersey and critics say the current Governor of NJ, Philip Murphy, promised to stop the bear hunt and needs to live up to that promise. The action point is simple. Call Governor Phil Murphy at 609 292-6000 and say NO to the bear hunt. Critics say the governor can stop it with an executive order. With wild animal populations being decimated across the globe, now is not the time for weekend warriors to head out in a densely populated state with guns to target bears. For those who believe there is a problem with bears encroaching on homes and lawns, there are non-lethal methods: bear-proof garbage cans are very effective. We speak with Angi Metler, the head of the Animal Protection League of NJ and Dr. Bill Crain, who garnered publicity after he was arrested for protesting the bear hunt. Please share and tell everyone you know so we can stop this barbarity!

Jane explains that this bear hunt is dangerous for humans too! She personally had an encounter with amateur hunters near the backyard of her friend’s house in New Jersey. Angi explains that in the 1980s, hunters virtually killed all of the bears in New Jersey so they stopped the hunt. In 2003, they reinstated the hunt claiming that the bears were overpopulating the area. Angi explains that Governor Murphy promised his constituents that he would stop the bear hunt, and now they are asking him to make good on that promise! Former hunter, and now awesome vegan bodybuilder/trainer, Ryan Nelson, explains how would a person like it if they were shot and left for dead in the woods. We need to treat this precious wildlife with respect. Ryan further explains out that these hunters are using bows and arrows in many cases, which results in a slow agonizing death none of us could fathom. “Gentlemanly animal rights activist”, Dr. Bill Crain, has been arrested several years in a row trying to put a stop to this hunt. He explains that he gets arrested over and over to bring attention to this issue. These creatures are sentient beings just like us and our companion animals. If we don’t stop these unnecessary killings, we are only contributing to our own demise!

These bears are counting on you to prevent the bear hunt in a couple of days! Today, the phone lines have shut down due to weather but they should open back up tomorrow. Please call and help prevent these poor creatures from dying cruel unnecessary deaths! It does not make sense that humans move into another creature’s natural habitat and then decide that the previous occupants, in this case, bears, should be killed. By killing these bears, we are only dooming ourselves. It’s not bad enough that we are killing off the whole animal kingdom indirectly with climate change we cause with our abhorrent human practices. Now, we want to give people a license to kill these magnificent creatures whose homes we have stolen. This is not an effective solution. Get the bear-proof trash can and a fence. Help us stop this unnecessary killing by calling tomorrow, tweeting if you can, and sharing this video on your social media. Take a stand for their lives so they can keep them. Governor Murphy keep your promise to stop the bear hunt!