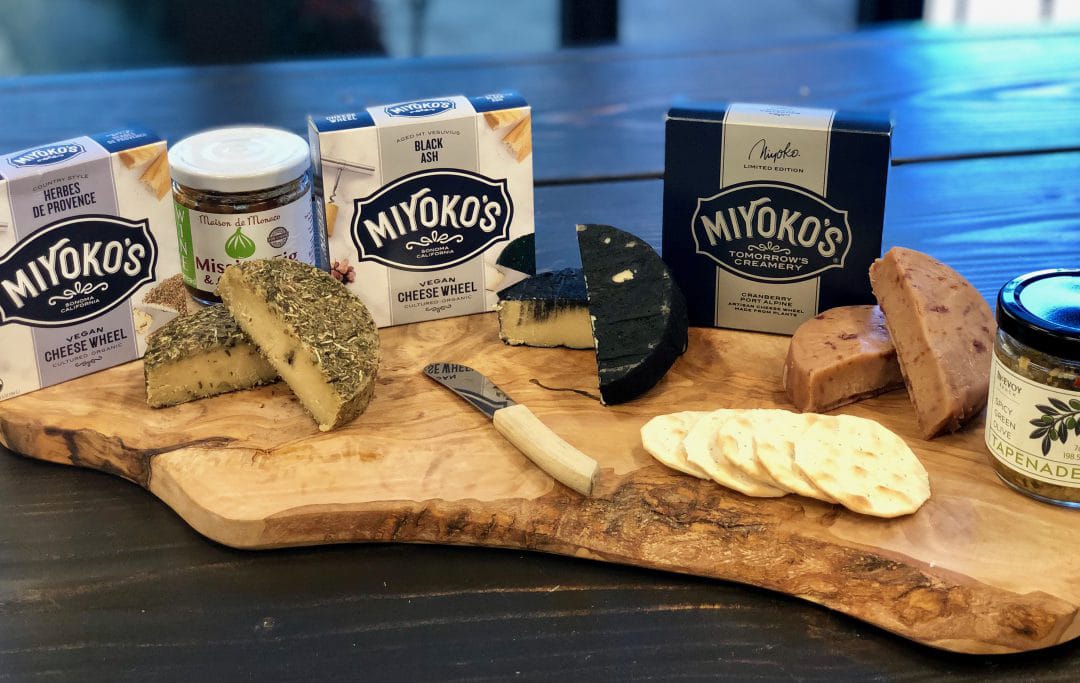 According to ALDF, the Animal Legal Defense Fund, which took up Miyoko’s cause, “The agency even instructed the company to remove its mission statement, ‘Revolutionizing Dairy with Plants,’ and refrain from truthfully saying its products are ‘lactose-free’ and ‘cruelty-free.‘”  In the end, all the California Department of Food and Agriculture proved is that this taxpayer-funded agency has devolved into an arm of Big Meat and Big Dairy and completely lost its moral compass. Here are the details surrounding the government’s cheesy gambit.

In 2019, the California Department of Food and Agriculture (CDFA) sent a nasty enforcement letter to Miyoko’s Creamery.  According to her attorneys, the government ordered Miyoko’s Kitchen to “…stop using terms like ‘butter’ on its products — even with qualifiers like ‘vegan’  and ‘made with plants’ — alleging it violated U.S. Food and Drug Administration (FDA) labeling regulations.” Miyoko’s reaction was to stand her ground and fight back! This is what she said at the time:

“We are suing the state of California. We got a letter saying we could not use the word ‘butter’ because that was owned by the dairy industry. But what was worse was they said that we had to remove all imagery of animals from our website. Including that of the cow Angel who was being hugged by our volunteer at (Miyoko’s Animal Sanctuary) Rancho Compasión. We thought that was absurd. And so, we paired up with ALDF, Animal Legal Defense Fund, and we sued on the grounds of First Amendment rights’ violation.”

A Victory for Freedom of Speech!

In August 2021, the United States District Court of the Northern District of California ruled in Miyoko’s favor.  It confirmed that the State cannot ban her brand from using the terms butter, lactose-free, and cruelty-free. Also, her vegan butter can still include the sentence revolutionizing dairy with plants. This ruling will help all other vegan companies using the same terms, gradually building the vegan world. Another victory in Miyoko’s fight against the dairy industry.

“I’m just full of hope. I really do believe that we’re going to change this. This is the pivotal point when things are going to change. I am very hopeful for the future of a vegan world.” –Miyoko Schinner, vegan entrepreneur.

Since she started her vegan cheese company from her home kitchen in 2014, Miyoko has been fighting off the dairy industry. She offers delicious, nutritious alternatives to Big Dairy’s most successful products. Her company is wildly popular and growing fast. Miyoko has become a celebrity in her own right. Her line of vegan cheeses has been featured on the Ellen Show.

Miyoko has also written a slew of popular cookbooks. Her newest title seems designed to give Big Meat a coronary. It’s called: The Vegan Meat Cookbook!

Elysabeth Alfano interviewed Miyoko for her PlantBased Business Hour when as she started this legal battle. This conversation shows the passion and determination of this motivated entrepreneur who chose cheese as her tool for change. You can read some of her most inspiring comments here and watch the entire conversation at the end.

Dairy Is the Cruelest Industry

As Elysabeth puts it, “Dairy is the cruelest of the cruel industries. The fundamental business model of dairy is breaking the bond of motherhood.” Miyoko gives more details about what’s wrong with it:

“All female cows that have given milk for four to six years, eventually go to the slaughterhouse and are sold as cheap meat. The dairy industry is the same as the meat industry. Actually, it’s a lot worse.”

“Half of the calves that are born are going to be male. And males don’t give milk, so they immediately get turned into veal. Because they’re of no use to the industry whatsoever. As soon as they’re born, they’re taken away and raised in isolation.”

“Dairy is harmful on so many fronts. I’m Japanese, and I moved to the United States when I was a little girl. In the lunch line, I had to grab milk every single day. I was lactose-intolerant and yet I was forced to drink it.”

“From a health perspective, there’s absolutely nothing in it that benefits humans. It was designed by Nature for calves.” –Miyoko Schinner, vegan entrepreneur.

Miyoko’s first fight against dairy wasn’t against the industry itself, but against the addiction caused by some of its products (because of the protein casein found in milk). It took her some time to overcome, but she finally managed by making the safe alternatives herself.

“I’ve been a vegan for 35 years. In the very beginning, I was kind of a cheating vegan because I couldn’t give up cheese. That was the hardest thing. I didn’t eat cheese very often, but occasionally I would cheat, and I just kept cheating. When I finally made the connection about the babies being taken away. It was like ‘okay, I can’t cheat anymore. I just must go vegan, completely’.”

Eventually, as she could not stop others from bringing home cheese, she decided the solution was making her own vegan versions:

“My husband said: ‘I’m tired of not having cheese in the house’. And he started buying cheese. And next thing you knew I had cheese in my refrigerator. That was it. I was like ‘okay, this cannot happen’. And that’s when I started playing around with vegan cheese, probably about 15 years ago.”

Miyoko’s vegan activism through business began with four employees in her home kitchen. Now, she has a 30,000 sq ft. state-of-the-art facility in Sonoma, selling her products in thousands of stores across the US.

“We’re not a company with a mission, we are a mission with a company. We’re here for a reason: to overturn animal agriculture and pave the way for a new compassionate sustainable food system.” –Miyoko Schinner, vegan entrepreneur.

Why Cheese Is Key in Fighting the Dairy Industry

Making vegan cheese is crucial for the eventual success in fighting the dairy industry, and the suffering it causes. Miyoko explains:

“Dairy has been plummeting since the 1970s, even before plant-based came along. Plant-based milks now represent about 14% of the fluid milk category, but they are growing at about 19-20% a year.”

“Cheese is the worst product. Because of casein, casomorphine, all the antibiotics, the hormones… everything gets concentrated in cheese. So, it’s absolutely horrible.” -Miyoko Schinner, vegan entrepreneur

Fighting the Dairy Industry Does Not Mean Fighting Farmers

Like the Rancher Advocacy Program, Miyoko is not fighting the dairy farmers. She is helping them to transition away from a dying unethical industry.

“Why are they failing?  They had these large conglomerates or cooperatives, and the smaller farmers sell their milk to them. And they’re over their head with debt to these large conglomerates. They can’t repay the debt; they borrowed all this money to build their facilities and then pay it back. They’re going bankrupt. It’s not just a couple of dairies. There are hundreds, if not thousands, of dairies shutting down every single year right now.”

“At Miyoko’s we have a new program. We’re going to be helping and funding a dairy farmer transition to growing crops. Our goal is to show them that the plant-based foods industry is not the enemy, but we are their solution. We’re not saying: ‘we want you off your land’. We are saying: ‘we want to provide a solution for you to stay on your land; help transition your animals to sanctuaries; and for you to be able to grow something else that can become part of the new food economy’.”

“We are going to have a new food economy. It’s not going to be based on animal agriculture. You can either become part of that solution, or you can become irrelevant.” –Miyoko Schinner, vegan entrepreneur.