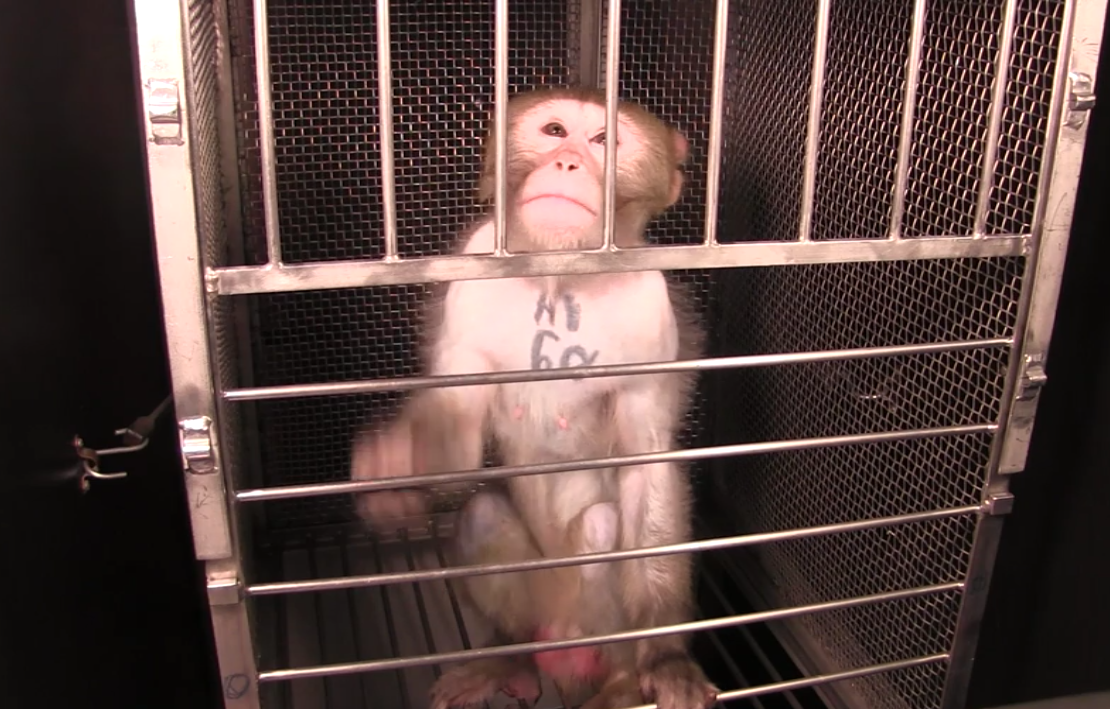 Is This the Beginning of The End of Vivisection?

In the last few weeks, the movement against animal experimentation (vivisection) scored two important victories. These could cause a chain reaction which could lead to the end of vivisection everywhere in the world.

In Europe, on September 21st, 2021, the EU Parliament voted overwhelmingly for the creation of an action plan to phase out the use of animals in laboratory experiments in all of its 27 countries.

In the US, in August of 2021, one of the last Department of Veterans Affairs labs that still uses primates cut short horrific monkeys experiments involving hallucinatory drugs. This early termination of senseless torture followed an outcry after the experiments became public thanks to the work of White Coat Waste!

Unfortunately, their unimaginable suffering will continue for some time. Nevertheless, these two victories are a significant advance in the fight against the secretive vivisection industry. An industry that has always been protected — and financed — by governments of all political persuasions. An industry that has been allowed to commit horrible atrocities to animals in the name of science and public health. Despite many scientists are now showing how unnecessary and wasteful animal experiments have become. Perhaps now we will see some concrete action to stop it.

Justin Goodman is the Vice President of Advocacy and Public Policy of the anti-vivisection nonprofit White Coat Waste Project (WCW). For 15 years, he has led high-profile successful grassroots and lobbying campaigns to expose cruel taxpayer-funded experiments on animals.

Jane Velez-Mitchell had a conversation with Justin to discuss these two anti-vivisection victories. This is what he said about the US one, which WCW led:

“We have been working on ending experiments on primates, cats and dogs of the Department of Veterans Affairs. We’ve gotten legislation enacted into law that directs the VA to phase out dog, cat, and primate testing by 2025. This is the first time that has ever happened in any federal agency. But, of course, we are not happy with that. We want it to happen sooner. We have been putting pressure on the agency to wrap up these experiments before that deadline.”

“I am happy to report that just last month we learned that the Minneapolis VA — one of the last primate labs in the entire agency — ended early their brain experiments on monkeys. They injected these monkeys’ brains with PCP — also known as Angel dust — to cause hallucinations that would mimic schizophrenia. Then they drilled into these monkeys’ skulls to put in restraint devices. So they can strap them in chairs, immobilize them and make them watch TV screens.”

“These experiments have gone on for years and cost the taxpayer $7 million. They were scheduled to go on for even longer, and waste more monkeys’ lives and more money. But they ended these projects early thanks to the support of three million of our supporters across the country.”

EU Parliament Votes for Plan for The End of Vivisection

Every year, EU labs experiment with approximately 10 million animals. To achieve the end of vivisection, we need an official plan to reduce these numbers to zero. The EU Parliament has now voted to precisely do that. They voted for a  resolution calling for the European Commission to draft plans and actions to accelerate the transition to innovation without the use of animals in research, regulatory testing and education.

Parliamentarians stated that this plan should include ambitious and achievable objectives to incentivize change. And concrete actions that will lead to “absolute and sustained reductions in the number of animals used for scientific purposes.” Now, it’s up to the EU Commission and all the EU nations to get on board, so it may take some time. Still, Justin says:

“This is huge. This is the first acknowledgment by major nations that animal experimentation is wasteful and needs to end. We haven’t seen anything like that over here. The European Parliament voted for it in a nearly unanimous vote. The opposition was in single digits.”

“The EU banned testing on animals for cosmetics a long time ago. Even the United States hasn’t done that yet. So, this is another step. Not just cosmetic testing, not just product testing, but all animal experimentation.”

“This is a widespread acknowledgment by the EU parliament that animal experimentation has to go. That’s huge progress no matter how you look at it.” -Justin Goodman, White Coat Waste Project

In 2017, Justin received the 40 Under 40 award from the American Association of Political Consultants.  White Coat Waste also won a 2018 LUSH Prize for a top Public Awareness campaign to end publicly-funded vivisection in the US. This is what Justin says they do:

“Our motto is FED: Find, Exposed and Defund. We have a team of researchers looking at the government’s databases. Looking for grants that have certain keywords on them like ‘primate’, ‘addiction’, ‘canine’, etc. Then, we submit Freedom of Information Act requests.”

“We look at it strategically. If we take down this lab in one agency it’s going to trickle down to these other agencies. That’s how you have to pick your battles…Making progress and then building on that progress.”

“We have bipartisan support for all our initiatives. Taxpayer-funded animal experimentation is something that everyone should care about. Whether they care about animal welfare or government waste, or both. We really have something for everyone. It’s a nonpartisan issue.”

“The animals in the lab are not different than the animals we share our lives with, our homes with. And they deserve to have people fighting for them.” -Justin Goodman, White Coat Waste Project

Why Advocating for the End of Vivisection Now

There have been people protesting vivisection for centuries. And yet, there have never been more animals experimented on than now. This must stop. Justin explains why there are no longer excuses to slow down the end of vivisection:

“90% of drugs that pass animal tests, that work on animals, fail when they go into humans. They don’t work. They are either ineffective or they are dangerous.”

“The movement has been great in showing that there are other ways to do science that take us where we need to go faster and more efficiently. An example of that is ‘organs on a chip’. Fully functional miniature human organs built from ethically sourced cells and tissues. They can model diseases and test drugs. When they compared the results of these organs on a chip to results with other animals, these little organs on a chip are more effective at predicting what happens to people than animal testing.”

You can support WCW by signing their petitions to pressure the US Government to stop senseless, wasteful animal torture now.