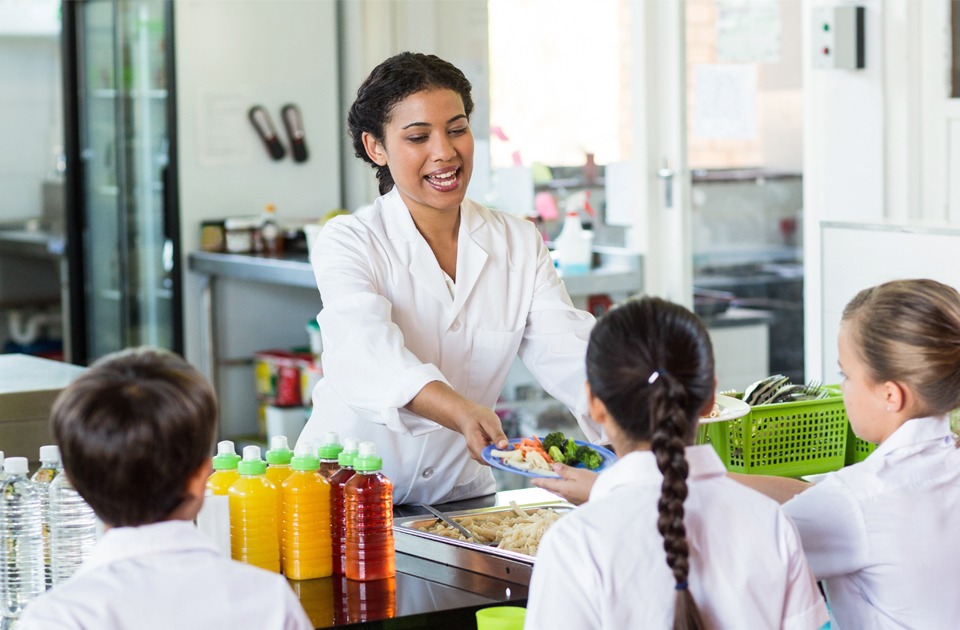 It’s official. From now on, the Friday menus at New York City public school cafeterias will be almost totally vegan. The Vegan Fridays menu will eventually exclude all animal products except for cow’s milk — as federal USDA guidelines make it compulsory to serve it. By becoming vegan-focused, the typical dairy-based meals such as mac and cheese, pizza, and mozzarella sticks will become rare, unless vegan cheeses are used.

Jenna Lyle, the Department of Education (DOE) press secretary, confirmed that the department has committed to what it calls Vegan Fridays. It had already introduced Meatless Mondays in 2019 and Meatless Fridays this past April. Non-vegan options will still be available on request.

There will be a transition period, though. Education officials said some non-vegan (but vegetarian) backup options, such as cheese sandwiches, will still be temporarily available. The Puree Breakfast Menu still has turkey sausage. And, the Early Childhood Lunch Menu still has macaroni and cheese. But, vegan backup options such as peanut butter and jelly sandwiches, and hummus and pretzels, will always be available.

How Vegan Fridays Came About

Back in 2013, the Active Learning Elementary School in Flushing, Queens, claimed to be the first NYC school to ditch meat. Principal Robert Groff said to NBC News that, after opening in 2008, it gradually started offering vegetarian meals more days a week. “The founding of our school was based on health and nutrition and teaching kids how to make healthy choices in the belief that they would be more successful academically and in their life.”

In 2017, The Coalition for Healthy School Food (CHSF), started an initiative in the city to help transform school meals. Because of this, now every public school in the New York City district offers at least one plant-based option at lunch. In addition, the initiative led to three fully vegetarian schools offering a rotation of vegan dishes. These options included Mexican Chili, Lentil Stew, Lentil Sloppy Joes, Braised Black Beans with Plantains, and Zesty BBQ Crunchy Tofu. This initiative was supported by the then Brooklyn Borough President Eric Adams (now Mayor). He was known for having beaten type two diabetes by switching to a plant-based diet.

When New Yorkers elected Adams as NYC Mayor in 2021, the Vegan Fridays in schools project got the final push. Back in 2020, Adams had already helped to introduce #MeatlessMondays into the largest school system in the country. The New York City Department of Education feeds over 960,000 children a day. He took this idea and even allowed it to spill over into some city agencies such as hospitals and prisons.

Reacting to the implementation of Vegan Fridays, Adams said to the New York Daily News: “Plant-based meals are delicious and nutritious, which is why I previously called for vegetarian and vegan options in schools. I’m thrilled to see that all students will now have access to healthy foods that will prevent debilitating health conditions.”

Supporters say it would be great if Mayor Adams goes even further and expands this trend.  Suggestions include using plant-based menus in city cafeterias and while catering official meetings.

California Could Be Next

The non-profit called Social Compassion in Legislation (SCIL) has created a new bill in California that incentivizes plant-based meals in schools. Authored by Adrin Nazarian from the Los Angeles area in the San Fernando Valley, it’s called Assembly Bill 558. It’s an incentive that pays schools 20 cents more for the plant-based meal and 10 cents more for meals that include a plant-based milk option.

In January of 2022, the bill passed the full Assembly with an initial vote of 47-7. It now will move to the Senate, where it will first be heard in the Education Committee. Supporters can sign a support letter!

If this bill is passed, this would likely increase the number of plant-based options in California schools. Eventually, Vegan Fridays could also become a reality in that state. And, if both NYC and California go for it, other states and cities could follow suit. Supporters say this would not only improve the health of many children but would also reduce the carbon footprint of the entire school system.

“There are 500,000 school lunches served in a year in California. Half a million lunches! The impact that we can have, taking just some percentage of those 500,000 lunches and turning them plant-based, can make an enormous impact environmentally.”– Judie Mancuso, CEO of SCIL