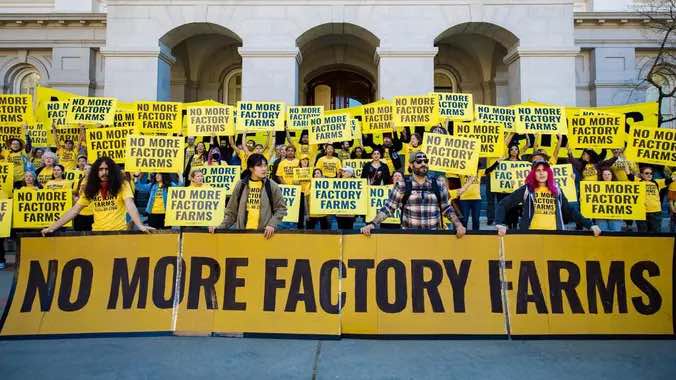 The famed animal rights organization Direct Action Everywhere has launched a call-in campaign to urge the California Assembly Agriculture Committee to vote yes on AB 2764. This historic bill would prohibit the construction and expansion of any factory farms or large slaughterhouses in California, the world’s fifth largest economy.

Your Phone Calls Could Keep This Bill Alive

The Vice Chair of the ag committee, Asm. Devon Mathis, has reportedly revealed that he plans to kill the bill in the ag committee vote. This vote is expected to happen soon, on April 6th, 2022.

“Please call the legislators below right now and urge them to vote YES on AB 2764! Call their Capitol office phone number first. If they don’t pick up, try their district office. Try to get a staff person and give them the message.” said Dxe’s Almira Tanner.