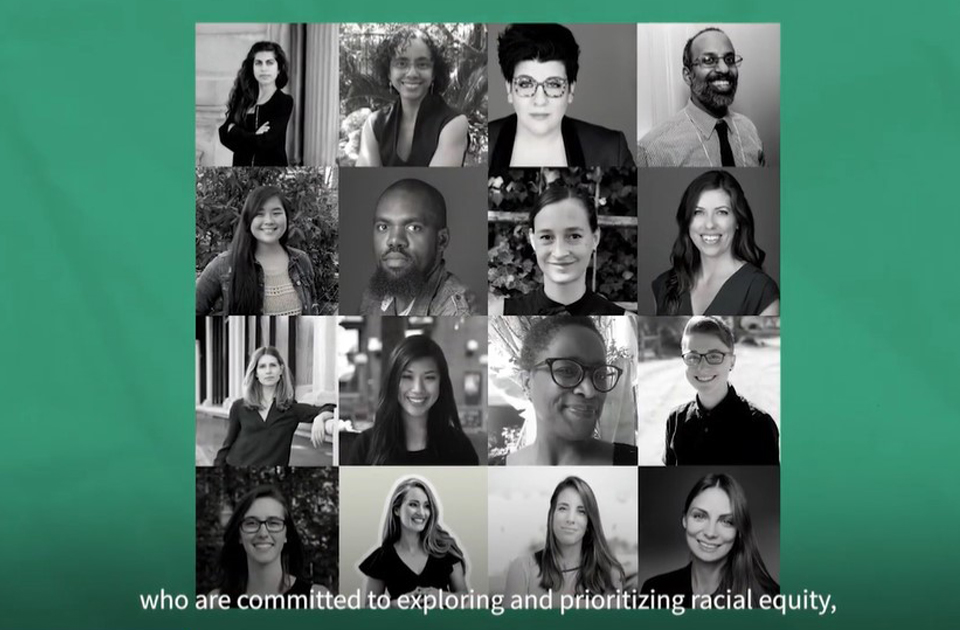 In the new book Antiracism in Animal Advocacy, Animal Rights activists have spoken up about the existence of racism in the animal protection movement.

Encompass is a US-based nonprofit working towards racial equity in animal advocacy. Founded in 2017 by Aryenish Birdie, it began studying this issue. In the last few months, it has been publishing some of its results in the form of reports and books. This includes the publication of the anthological book Antiracism in Animal Advocacy: Igniting Cultural Transformation. It is a collection of essays written by farmed animal protection leaders committed to racial equity. Stories and experiences are documented in an exploratory space from which to grow, ultimately creating new paths forward.

UnchainedTV’s Jane Velez-Mitchel had a conversation with three activists involved in this issue to discuss this latest publication: Naijha Wright-Brown from Black Veg Society, Jasmin Singer from Our Hen House & Encompass, and PJ Nyman from Encompass & Mercy For Animals. You can watch the video here:

“We need to see us in the movement to really accept it and appreciate it. It’s happening, and we need more.” –Naijha Wright-Brown, Black Veg Society

Naijha Wright-Brown is a native New Yorker now living in Baltimore. She has an MBA in Business and became a vegan restaurant owner. She is the Director of the Black Veg Society (BVS), co-created Vegan Soulfest and Maryland Vegan Restaurant Week, and hosts her own talk show Naijha Speaks on UnchainedTV’s Facebook page.

Wright-Brown explained how she feels about the issues addressed in the book:

“It’s very important for us. Oppression, racism, prejudice, all of that needs to be addressed. And in this book, Aryenish makes a great point in the forward about the problem white folks created. A lot of times I feel people are just following this behavior. We are in a culture of separation. Everything is division. Just think about everything that’s going on right now. It’s always this creation of division.”

“We have to learn how to try love and be able to coexist and work together on issues. Whatever these issues are: animal rights, social justice, food justice, racism, all of it. We need to build a culture of love and understanding. We are in a melting pot, we are the global majority. How do we get white folks… to accept that, and be able to work together on solving these problems? That’s a big fight.”

Jasmin Singer is a worldwide leading expert on veganism. A coveted speaker on topics including radical body positivity, personal narrative as a means of social justice, and how to change the world for animals. She is the author of The VegNews Guide to Being a Fabulous Vegan and Always Too Much and Never Enough: A Memoir. She is also the editor of the anthology Antiracism in Animal Advocacy. Along with animal law professor Mariann Sullivan, Singer is also the co-host of the long-running Our Hen House podcast.

Singer explained how the book started with antiracism trainings offered by Encompass:

“I participated in the training a couple of times, and actually the book came from that training… I’m hearing activists like PJ talking about how they have been part of the problem. And I’m, of course, reflecting on how I’ve been part of the problem. As someone who is very passionate about the written word, and very passionate about using personal narrative as a way to create social change, I made the suggestion to put together this book.

“The training became kind of an important step for all of us who were confronting the way our activism has been, in a way, complacent. The trainings really break down the meanings of various ways that we have contributed to this sort of unfair, unjust society, as far as racism is concerned.

“People like PJ and I come from a background in LGBTQ activism, but the trainings really helped us to figure out a new way forward. How we can move forward in a much more just, equitable way within animal protection.”

Based in Toronto, Canada, PJ Nyman works on Mercy For Animals‘ corporate engagement team and serves on the board of Encompass. PJ started in animal advocacy as a campaign and volunteer manager at a farmed animal sanctuary in Northern California, coming from an academic background, studying and teaching social and political theory at York University. He has contributed essays in Queer & Trans Voices: Achieving Animal Liberations Through Consistent Anti-Oppression and Antiracism in Animal Advocacy.

Nyman told the panel how everything started with him regarding the issue of racism in animal advocacy:

“For me, it was leafletting. I, like a lot of college-age white vegans, entered the movement leafletting because, at the time — this was 2012 — it was touted as the most effective way to help animals. I was in that community. It was during a leafletting session at the University of Toronto, which is in the center of a very diverse city, that I found myself with other white vegans handing these vegan leaflets to primarily students of color. And I felt the history of white colonialism. It just became extremely present for me. I didn’t want to be that person who was just saying ‘help animals’ when I wasn’t actively anti-racist.

“I wasn’t taking steps at the time to address these issues in the communities where I was, which were primarily white activist communities. And, so, that was the moment for me where I had that sort of awareness that I’m not doing enough here. There’s something about this dynamic of being a white vegan handing out these leaflets that is off. I needed to do something about it. That was the beginning for me.”

The Overall Message of Antiracism in Animal Advocacy

Singer summarized the message of this anthology she edited:

“It’s a book of how white activists who have worked in the farmed animal protection movement can confront the ways that we have benefited from white supremacy culture as it relates to animal activism. And how the animal rights movement has been part of that propelling of normalizing white supremacy culture. We also have people of the global majority who have contributed and, through the incredible work of Encompass, we have been able to kind of change the way that we’re going to go about our activism moving forward.”

This is what Nyman said about his essay in it:

“My essay was sort of outlining my entry into the vegan and animal rights movement as a white person who came from an academic background where I really thought of myself as somebody who was extremely progressive, who sort of got all the issues. I was among many white vegans who thought that, because I care about animals, my compassion extends all the way there. I must implicitly be okay on all the other issues, and I realized over time that this was not the case.

“So, my essay is just discussing my experience of that. And starting to recognize the way that my own white privilege played into my success in entering this movement. And then also recognizing that I have a contribution to make here in helping to dismantle those systems of oppression that are holding our movement back.”

What to Do About Racism in Animal Advocacy

This is what Singer thought:

“A lot of times, it’s just people donating funds or giving resources. Sometimes, we just want to sit at the table, so that we can have this conversation. I can make my own table and have seats, but it’s also… a feeling of inclusion to sit at the table with folks – white, global majority, whoever – and have this conversation, and set some objectives on what are we going to do about it. And take action on it.”

“There are people who are addressing other facets of the same harmful system. And I think that when we look to animal suffering as the single goal, we’re missing opportunities to look at those other harms, and then ally ourselves with established movements that are doing a lot of work to change the same food system that is harming animals so much.