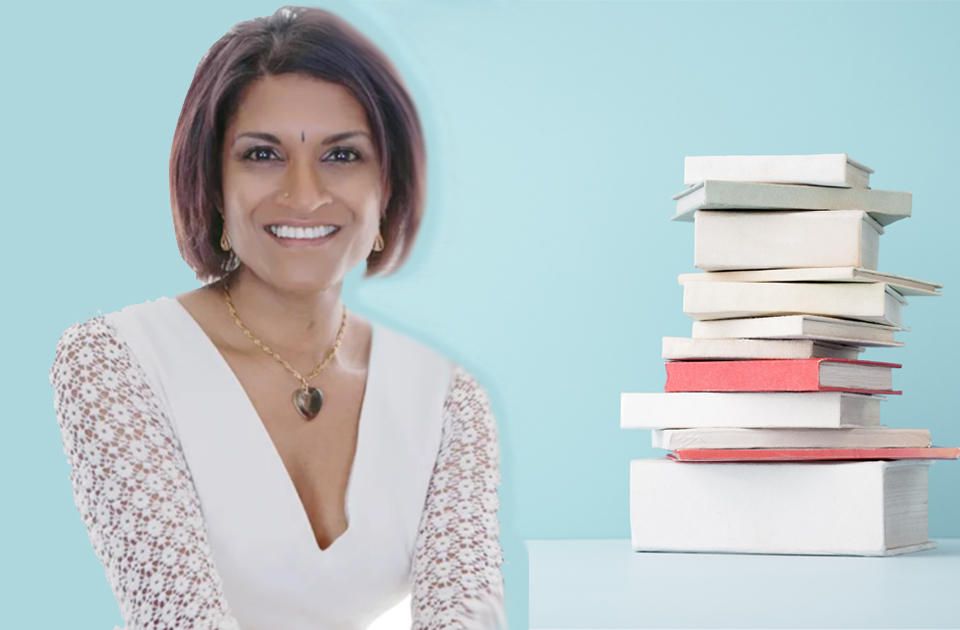 Have you ever thought about writing a book? If you have a message to shout about, have you ever considered doing it through writing? If that message is the vegan philosophy or the plant-based lifestyle, have you thought of spreading it by publishing a compelling work of fiction or non-fiction? Are you unsure of how to go about it? There are many vegan authors out there who could help you. But, what you really need is a vegan publisher who can make your book a hit, and that’s more difficult to find. Difficult, but not impossible, because we now have Mitali Deypurkaystha, an author herself who has turned into a vegan publisher with a mission to help other vegan authors.

After putting out her own book, The Freedom Master Plan, she started her business, appropriately named…  The Vegan Publisher. On its website, she says, “As a vegan publisher, I provide world-class professional consulting and publishing services that are eco-conscious and cruelty-free. My method reduces procrastination and imposter syndrome by working with a 100% vegan team of highly qualified editors, designers, and type-setters. Everything you need, under one roof. I know that every would-be author has unique challenges, so I’ve put together a suite of programs so you can choose the level of support YOU need.”

UnchainedTV founder Jane Velez-Mitchell, a vegan author herself, had the chance to interview Deypurkaystha to learn how she helps aspiring authors. You can watch the whole interview here:

Mitali Deypurkaystha is a British-Indian author based in Gateshead, England. She won a scriptwriting competition and co-wrote an episode of the popular UK soap opera Brookside at the age of 16. She’s spent the past 7 years as a copywriter and ghost-writer for some of the UK’s top business consultants. Her bestselling book, The Freedom Master Plan: Put Your Mission, Movement and Message on the Map – For Vegan and Ethical Experts, Influencers and Entrepreneurs, started out as something quite different than what it became. Deypurkaystha explains: “Originally it was going to be a book about how to write a book. But then, when I did some research, it changed. My target audience didn’t so much need to know how to write a book. There was a step I had missed:  what do I do with the book once it’s published?”

It ended up being a compendium of case studies on how authors leverage their books. Some amazing books are just gathering electronic dust on Amazon because the leverage was poor. Deypurkaystha discovered that many authors just thought they could publish a book and that would be it, but there’s so much more than that. Her book reveals what books can do for their authors once they have already been written.

“It’s called the master plan because, by the end of the book, you should have a personalized plan of how you are going to leverage your book to suit your brand, your business, your charity, your non-profit, whatever it is that you have.”

The book’s second edition has just been published.

“You have to really believe in your book to leverage it. You have to be 100% behind it.” – Mitali Deypurkaystha, vegan publisher

From Author to Vegan Publisher

Publishing a book can be a crucial turning point in an author’s life.  In Deypurkaystha’s case, her book ultimately turned her into a vegan publisher. But, initially, she had kept her veganism separate and compartmentalized from her publishing ambitions.

“Despite being vegan since 2012, the two halves in my brain just didn’t marry up together. Human health matters, animal rights matter, sustainability, all of these things. And yet, my business was something that operated separately.”

Then, after meeting many vegans, due to the publication of her book, she realized that she could marry her profession and her passion:

“After a year of spending time with a ton of vegan, plant-based and ethical entrepreneurs, I was just so inspired. I thought… these are the people I really want to work with. These are the people that I want to inspire, more than anybody else, to write a book.’”

That’s when she became a vegan publisher and created her mission-driven business:  The Vegan Publisher.

Despite Deypurkaystha’s recommendation that first-time authors don’t start with memoirs, she could write a very interesting one. Her journey from an Indian/Bangladeshi immigrant family in the north of England to becoming a vegan publisher is quite compelling.

Despite not speaking a word of English as a young child, Mitali proceeded to teach herself to read English in school libraries, escaping from the racist slurs of her classmates by immersing herself in the world of books. Her experiences of colorism (discrimination because of the darkness of the skin) made her feel like an outsider.

“I would have people come to my parents within my earshot so I can hear what they’re saying. And they’ll say things like, ‘Oh, she’s a little bit dark, isn’t she? Make sure she gets educated. At least she’ll have that going for her.’ Things like that.”

Her feelings of isolation led her on a difficult path. She began eating meat in her teens to gain acceptance with her white peers, and briefly developed substance abuse issues, which she speaks about openly in order to help others with similar struggles.

“Thankfully, I was assigned a wonderful therapist and a wonderful coach as well. They got me clean. Within 6 months, I was back in college. I was able to finish my degree. It made me realize that acceptance really is about accepting yourself.”

And, like many people who have grown as a result of suffering, it heightened her empathy and she then became vegan, helped by a cat named Isha.

“Once I’d reached that peak where I realized I’m really happy with who I am now, I started to become sensitive about all these other people, and all these other beings.”

“I’m now in a privileged place. How do I use that to help those beings who are not privileged?”– Mitali Deypurkaystha, Vegan publisher