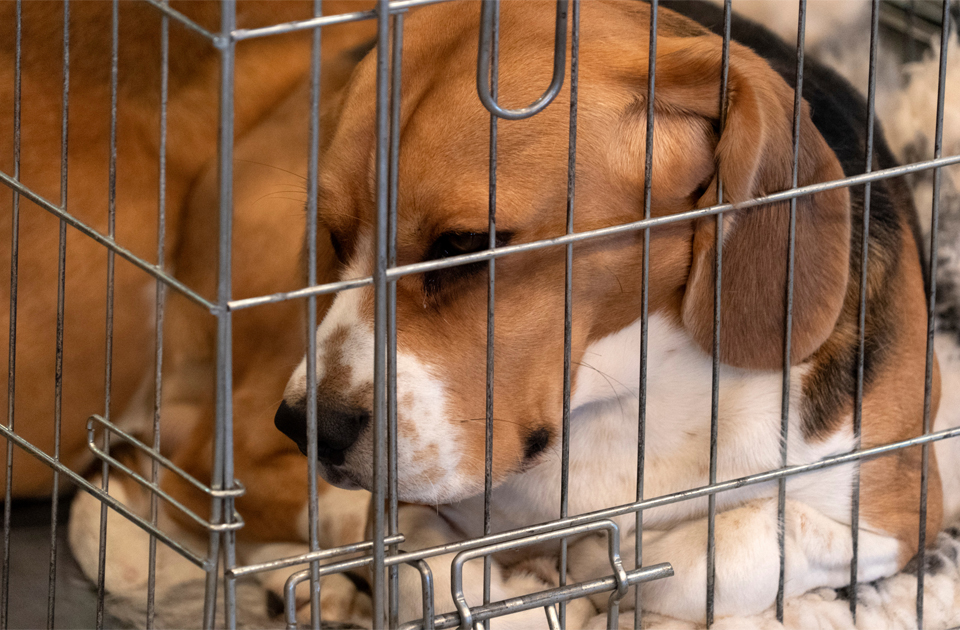 We’ve heard it a million times. When animal rights activists protest against animal experiments, the knee-jerk reply of many scientists and politicians is that society needs vivisection in order to cure human diseases. They insist, “It’s either them or us.”  But, a growing number of experts are calling this a false and contrived dichotomy. For years we’ve known that most drugs that work in animals fail in humans. And, the increasing popularity of high-tech research tools, like computer models and organs on a chip, could soon make animal experimentation a relic of the past, the Pony Express of scientific research.

PETA has been campaigning against vivisection for decades. Over the years, the organization has been gathering experts who are testing out the alternatives to animal research to establish a track record of their effectiveness. What’s evolved is a comprehensive strategy to get universities, companies and government agencies to use these modern methods. Shriya Swaminathan is a Research Associate at PETA’s Laboratory Investigations Department. She spoke with UnchainedTV’s Jane Velez-Mitchell about this proposed policy switch and how a growing army of vegan media outlets is turning public sentiment against animal experimentation.

The Research Modernization Deal is a strategic document created by PETA in 2021 that outlines a road map and strategy for optimizing US investment in research to cure diseases. It shows how to modernize it by ending funding for strategies that don’t work, like experiments on animals, and by investing in research that’s actually relevant to humans.

“Just over 95% of treatments that pass these horrific and painful animal experiments fail in human trials.” -Shriya Swaminathan, Research Associate at PETA

After the Research Modernization Deal was presented to its members, the European Parliament passed a resolution calling on the European Commission to create an action plan to end all experiments on animals. Now it’s time for the US to follow suit. PETA has already given it to the National Institutes of Health (NIH) and other federal agencies. Swaminathan explains a bit more about this deal:

“It is a very comprehensive document. It’s about how we can phase out animal experimentation and implement other systems of checks and balances that will ensure that the use of animals is not the default.”

Part of this proposal has already been translated into proposed legislation, such as the FDA Modernization Act (H.R. 2565). This bill aims to eliminate FDA’s animal testing requirements. The US House of Representatives passed it on June 8, 2022. On June 14, the Senate Committee on Health, Education, Labor & Pensions also passed it. Those who’ve devoted their careers to bringing 21st Century sensibilities into scientific research are hopeful this bill will become law and mark a breakthrough, But,  they insist we also need new legislation to modernize all animal research, not just the requirements for animal testing of new products.

“We are pushing for the NIH to re-channel the funding that is being directed predominantly to animal-based experiments into helping scientists phase out abusing animals.” –Shriya Swaminathan, Research Associate at PETA

Disillusioned With the Antiquated Approach

In addition to working for PETA, Swaminathan is also a certified Vegan Hospitality Consultant and founder of Nourish by Shriya, a plant-based consulting service that helps businesses attract the growing vegan client base. She is a contributing writer for VEGWORLD magazine and a mentor with Animal Activism Mentorship, where she helps new activists identify their interests and use their talents to help the animals. But, her background is in research:

“I was in graduate school. I wanted to focus on developing these alternatives to animal models. So, I decided to go the PhD route, creating these animal-free models that could hopefully replace the animals used in science.”

Disappointed by the lack of interest among academics in evolving past outdated animal models, she decided to switch to campaigning:

“We want to cure X, Y, Z, disease. But the experiments that I was doing didn’t seem very geared toward that end goal. It was more, ‘Oh, it’s not working on the human cells. Alright, I guess we’ll let’s just use the mouse cells line because it just going to be easier to work with and then we can get a publication.’ To me, that didn’t make sense.”