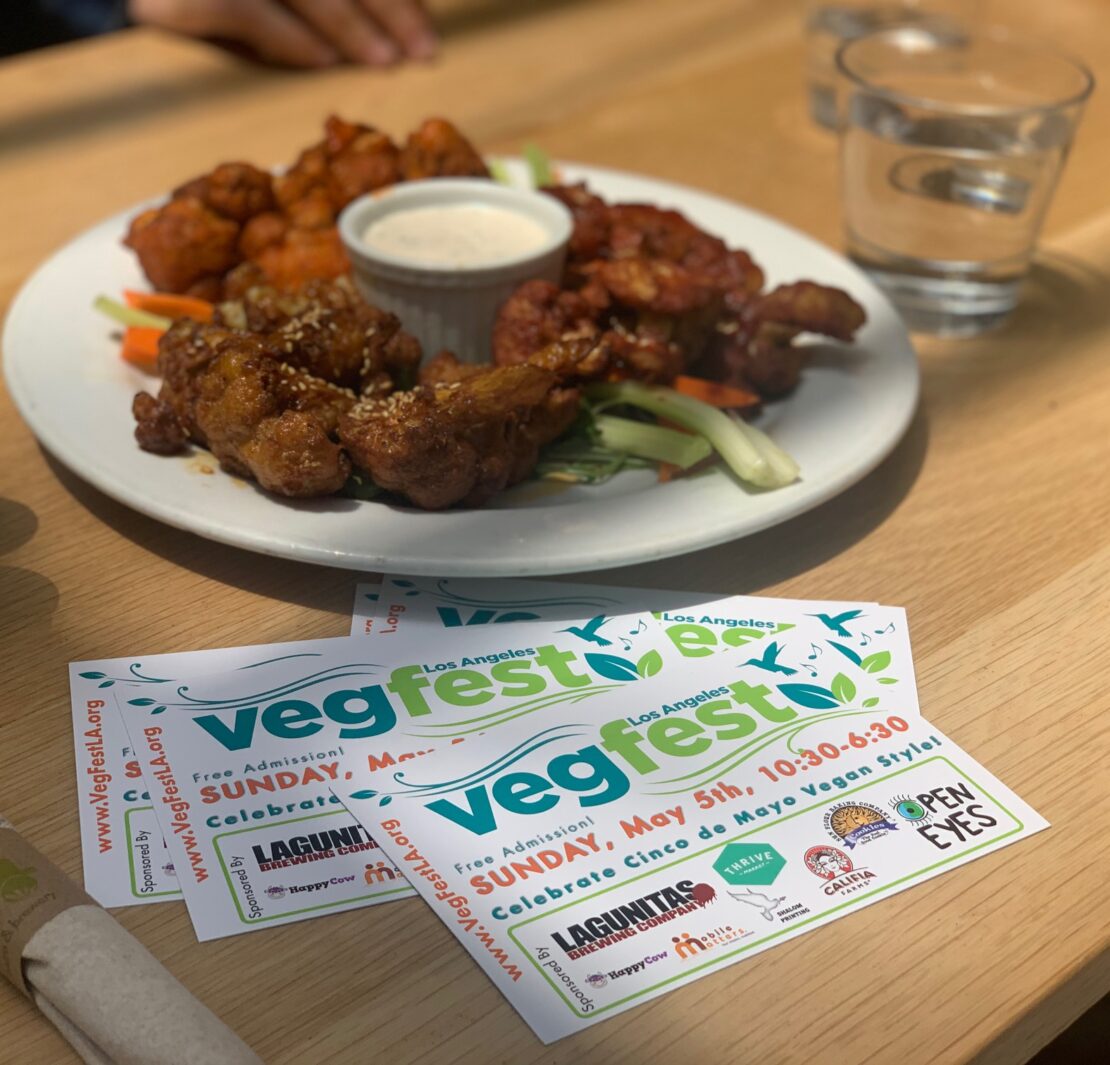 COUNTDOWN to VegFest Los Angeles on Sunday, May 5th at Woodley Park! #LunchBreakLIVE features Rick Scott, a Vegan Hockey Player and Public Relations’ expert who works closely with the Switch4Good campaign, along with “Bobby,” Robert Sud, Producer/Director/Cinematographer and Animal Activist at the Sage Plant Based Bistro in Culver City, California. Both of these powerhouse men will be on panels at the upcoming VegFest LA this SUNDAY, May, 5th, plus Sage Bistro, who will be serving up tasty bites! Joining us is Melissa Breslow, organizer for VegFest L.A., and Mind-Body-Space, and Paige Parsons Roache, Booker and Producer for JaneUnChained.com

And Jane Velez-Mitchell will also be speaking on the powerhouse Animal Rights Leaders panel!

Admission is FREE and the festival is family friendly so bring the whole family down to Woodley Park on May 5th for some Cinco de Mayo festivities and lots of vegan fun!  Find out more info at vegfestla.org

Now let’s dive back into the great food we had on #LunchBreakLIVE at Sage Bistro in Culver City, Ca.

Just Egg Recipes. We’ve Got A Good One!

Protein Packed Salad Made In A Minute