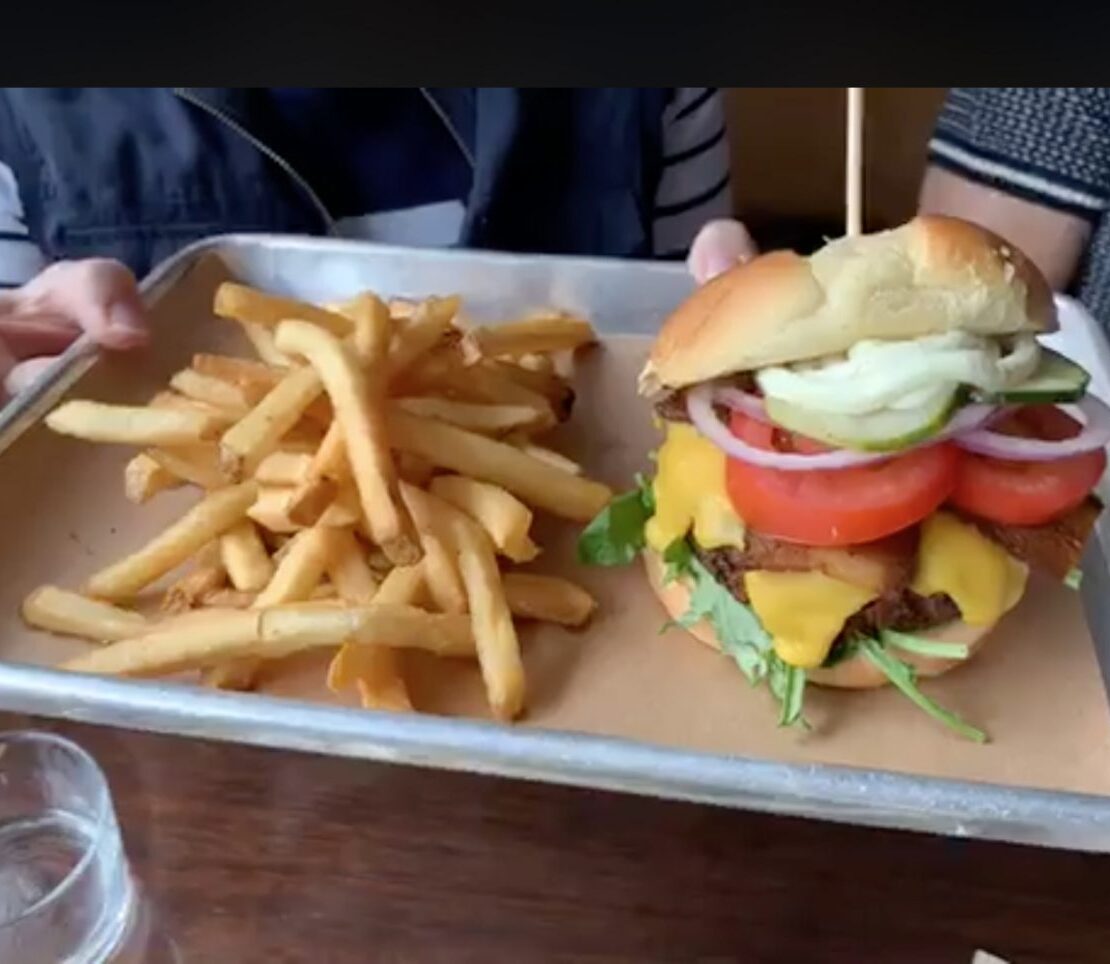 Life is better at Kalish-Vegan in Chicago!  Owner/Creator Gina Kalish says, “I selfishly wanted a place where I could eat.” Boom! Kalish was born with the help of hubby Andy Kalish who works to bring Gina’s visions, intentions, and recipes to life.

True to their nature, Andy and Gina don’t just care about animals and the planet.  They care about the community, as well.

The two state that they have seen the Uptown community in Chicago turn for the better with the arrival of our business and other businesses in the neighborhood and that they feel good about that. Andy adds, “No less than 80% of our customers are omnivores. So, we are reaching the customers that we want to reach.”  It’s no wonder that Kalish has become a mainstay in the area.

But it’s not just a neighborhood joint.  People drive in from the suburbs (no small feat because Chicago traffic is awful) for the Big Messy Breakfast Sandwich made with JUST Eggs, special cheese, and their ‘Bad ADZ Bacon.’ Awesome Vegans Podcast Host and #JaneUnchained Correspondent Elysabeth Alfano gets what all the fuss is about.  “I could eat that every day,” Elysabeth confirms.  “Although, it would have to be after I down a Carmel-Peanut Butter Cupcake as big as a softball.”

A Magical And Diverse Pesto Recipe

On your next trip to Chicago be sure to visit Kalish in Uptown and save room for dessert!