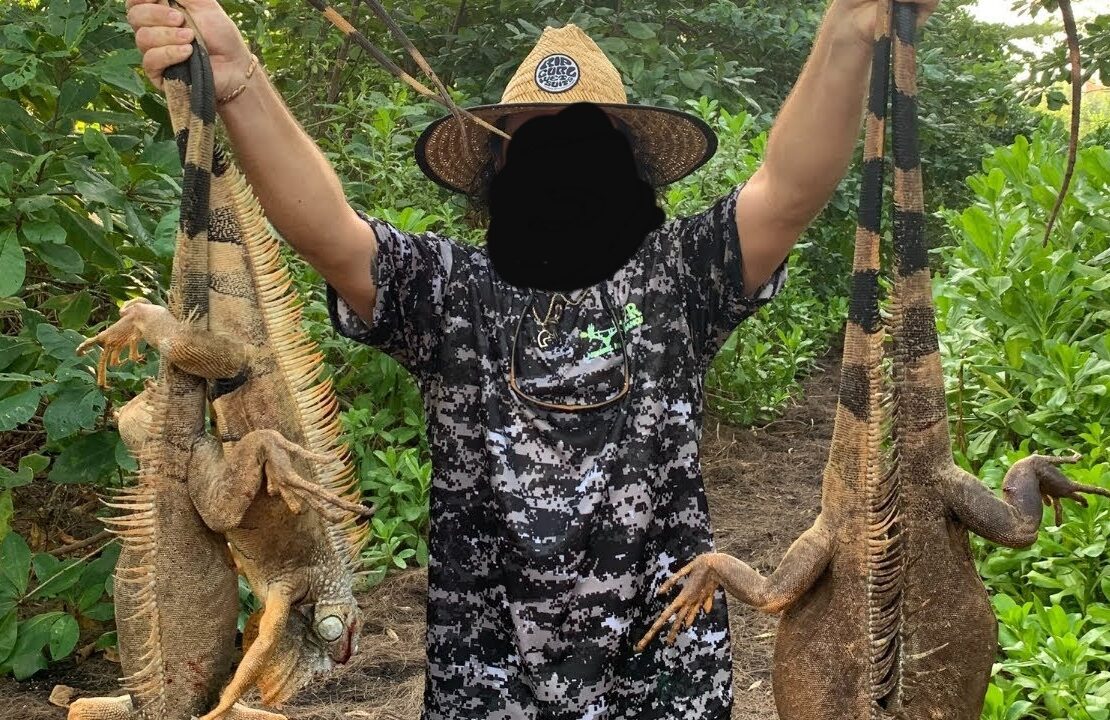 He is the Director of Habitat and Species Conservation at the Florida Fish and Wildlife Conservation Commission. Ask him why they are urging citizens to slaughter iguanas when you can still go and buy one at the pet store in Florida??? The problem stems, largely, from escaped pets and the exotic pet industry! Stop the cruel insanity! Call now!

“We are a nation of hypocrites when it comes to animals,” explains Jane. Today we have Ashley Byrne of PETA here to explain what is happening in Florida. Iguanas are one of many species of animals that are considered invasive in Florida. An invasive species is a species that is not native to the ecosystem. Often times, they alter the environment and threaten native species. Now, Fish and Wildlife in Florida has called for any all persons including children to kill iguanas as a result. Ashley explains that this will not have a significant impact on the population and it will only lead to the cruel deaths of many of these creatures. PETA explains that any Tom, Dick, or Harry can go out and use “machetes, bows, crossbows, slingshots, air guns, pellet guns, and blowguns” to kill these creatures.  PETA has asked that they stop the slaughter and explore other methods to control the population including “banning their import, sale, exhibition, and breeding” of iguanas. Jane explains that the fact that you can still buy iguanas is idiotic. Most of this issue stems from the release of pets and the exotic pet trade. Ashley explains that until the pet trade is regulated this will continue to be a problem.
Unfortunately, iguanas are not the only animals being culled. Other species of reptiles like Burmese pythons which can grow over 20 feet and black and white tegus are also irresponsibly released in Florida and slain by “lay people” too. Ashley explains that what usually happens is people purchase these exotic pets and decided it takes too much effort to care for them. Then they improperly release them outside. Most of these reptiles can survive and thrive in the warm humid environment in Florida, which is much like their native tropical environments. Jane explains that it is pure idiocy because they aren’t tackling the issue at its source. Instead, they are letting the problem get out of control while still leaving the source of the problem, the pet trade, intact. This leads to an irresponsible cycle of violence and cruelty. Ashley explains that we need to find a peaceful way to coexist with iguanas and all other animals.
What can you do? Please call Kipp Frohlich of The Florida Fish and Wildlife Conservation Commission… to let him know how you feel about this. Jane also says we need people to take to the streets in protest of this unnecessary killing. Please call, share, and let everyone know what is happening in Florida so we can make it stop!

Read the article from PETA referenced for this article.

Connect with Fellow Activists on Zoom Every Week!

Continue Your Activism While Staying At Home