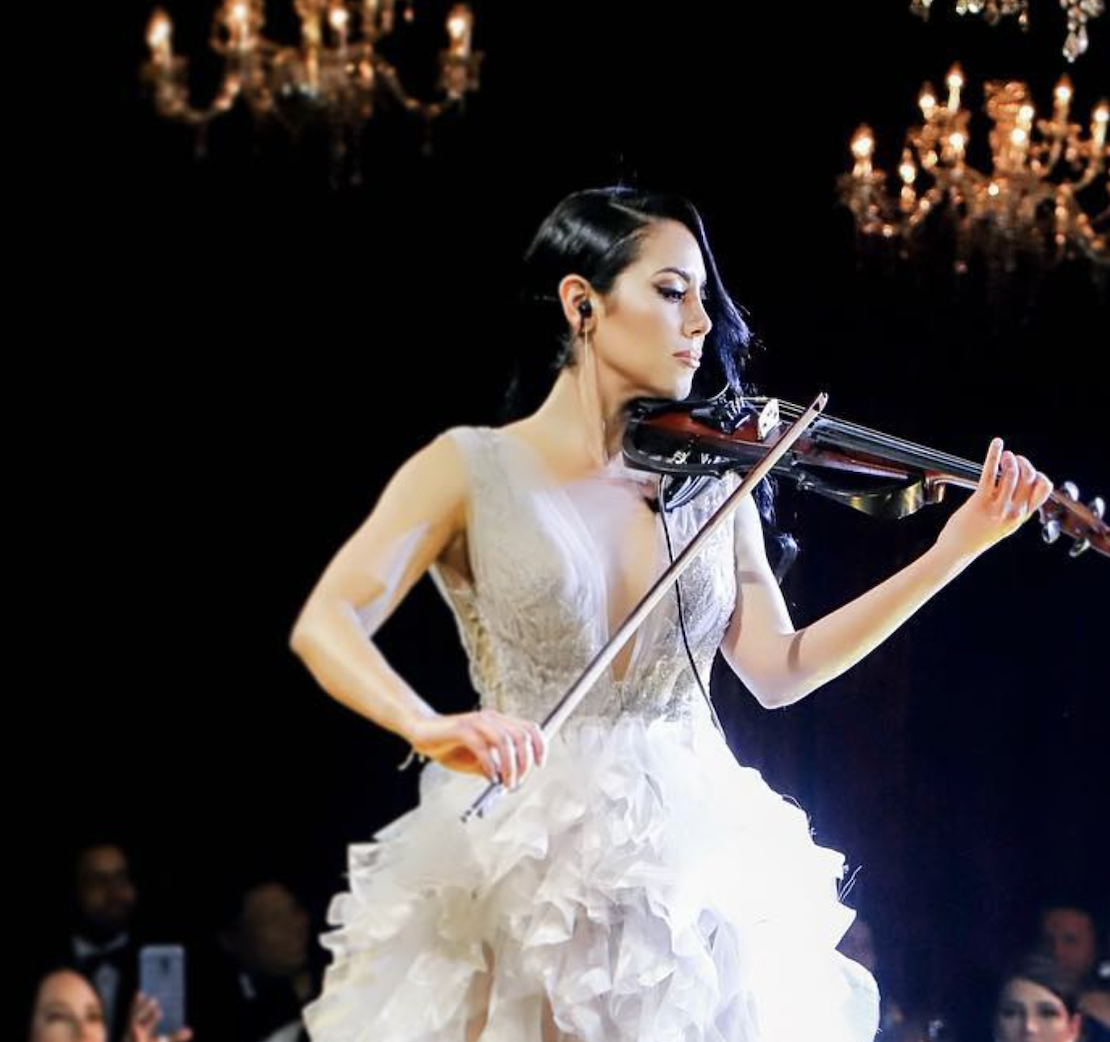 JaneUnChained #LIVE at a 100% vegan charity event at Senator Jones in Santa Monica, Ca.  Columbian violinist extraordinaire Esther Anaya is newly vegan and provided vegan food from Veggie Grill for this beautiful event.  This event was put on to raise money to purchase musical instruments for underprivileged children in Columbia.  Esther will also provide musical training for these children so that they can have the gift of music in their lives.  Esther shared with us that having music in her life as a child had such a positive impact on her and she wants to give back and help as many children as possible have the same gift of the arts in their lives.

This event was so magnificent.  It was a musical journey like I have never experienced before.  Esther performed some of the most popular Latin American hits of all time with her violin, and she was accompanied by her talented dancers and guest artists.  She also closed out the night with her most recent original songs.  The dancers were dressed in incredible Latin themed attire.  In fact, the whole room was filled with well dressed beautiful men and women, dressed in incredible outfits.  I have seen many live performances in my life, but Esther’s performance was one of the best.  She is such a talented violinist and when she plays you are instantly drawn into her performance.  Not only did we get to enjoy her musical talents, but her family is filled with gifted musicians as well, so we had the pleasure of hearing her play with her family at one point during the evening.  It truly was a magnificent experience.  And for such a great cause.  The arts are so important in early childhood, and music can change a child’s life for the better.  Esther wants to bring this joy to lower-income children in Columbia so that they too can experience the gift of music.  If you want to give to this wonderful cause, text the word “give” to 844-235-6461.

Here is a video with some of the  performances of the evening :

Esther Anaya is also newly vegan and chose to spread this newfound passion within her charity event.  All the food at the event was vegan, and catered by the delicious vegan restaurant, Veggie Grill.

The food was so good and the room, which was filled with primarily non-vegans, seemed to really enjoy it.  It was a wonderful way to expose people to veganism.

Check out all the food options in the video below as well as some of the guest’s responses to the food:

If you want to hear more of Esther Anaya’s music or learn more about her life you can visit her YouTube channel.  She makes stunning music videos to accompany her songs.

It brings me great joy to be introduced to people on this earth, who dedicate their time and resources to giving back to the planet, its people and animals.  Esther is doing all of that by choosing a vegan lifestyle, and by dedicating much of her time to giving back to her community through her musical gift.  I feel honored to have met her, heard her perform, and experience the love that she is spreading around the globe.