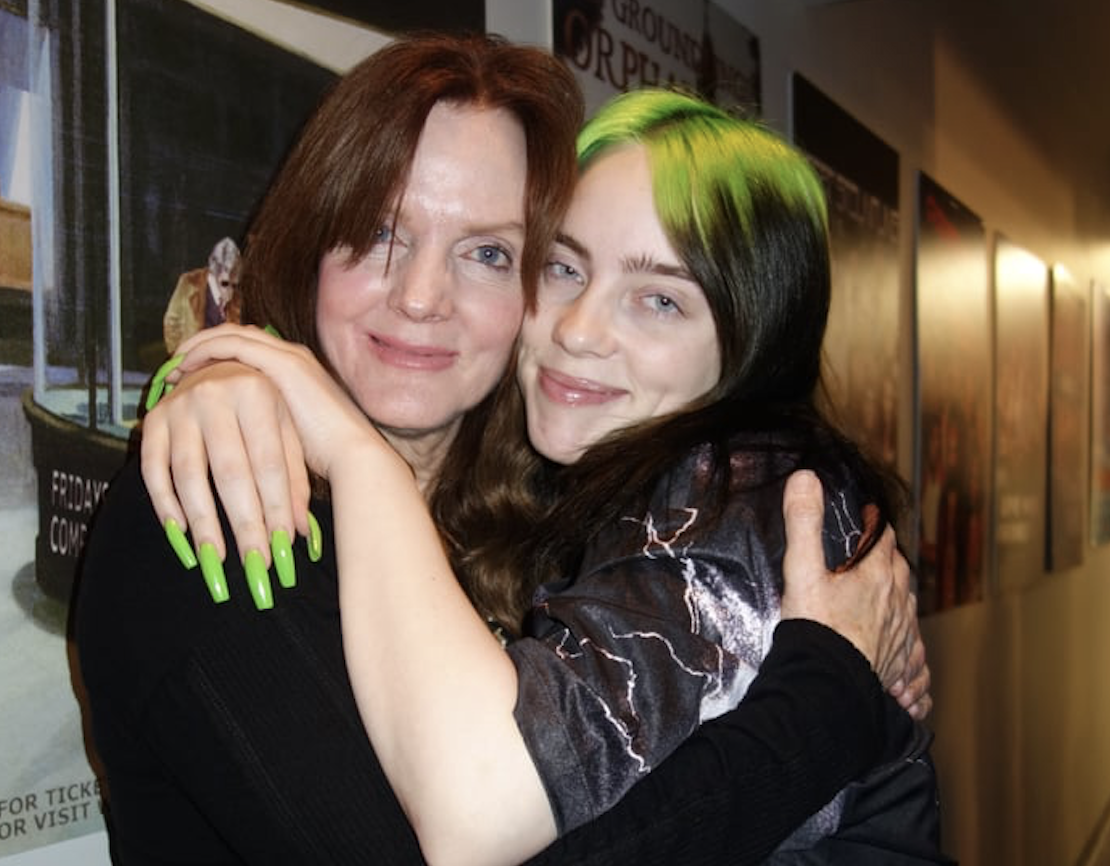 We are proud to announce JaneUnChained’s newest edition of New Day New Chef is now streaming on Amazon Prime Video! It’s the Support and Feed Edition! We’ve teamed up with Support and Feed creator Maggie Baird to showcase vegan restaurants on the front lines, feeding hungry people the nutritious food they desperately need. Maggie and her two kids, musicians Billie Eilish and Finneas, form a wonderful vegan family and they all appear on the show.

Wait…. Is Billie Eilish vegan?!?! Yes, she is! Not only is she vegan, but her family is vegan as well and are working to support local plant-based restaurants while helping those in need.

Watch the trailer below, then read on to find out how this show came to be!

Then, I stumbled upon SupportandFeed.com, alerted by my dear friend Ken Spector, one of the heads of my favorite App in the world: Happy Cow. SupportandFeed.com was created by actor, singer, producer, and vegan activist Maggie Baird, the mother of musicians Billie Eilish and Finneas.

I clicked onto SupportandFeed.com and saw they had come up with a way for people to donate to vegan restaurants. Those vegan restaurants would then whip up delicious, nutrient-rich foods and those delectable plant-based dishes would then be delivered to those in need: hungry children, houseless people, the elderly, the isolated, doctors, nurses, paramedics! Wow! This is genius! The restaurants get the funds they need to stay open and hungry people get the food they need.

It just so happened that we had a whole plan for the next season of New Day New Chef, which had involved contest winners from all over the world flying in to cook fabulous vegan food in our Los Angeles studios. Well, as they say, fogeedaboouuutttittt. The pandemic shut that down.

But, now, I saw a possibility to help SupportandFeed.com complete its brilliant, multi-faceted mission: feed the hungry and support those promoting a compassionate diet!  We reached out to Maggie Baird and, thankfully, she liked the idea of teaming up! The next thing you know, our amazing, multi-Emmy award-winning producer Eamonn McCrystal was following Maggie on her rounds, picking up vegan food from places like the famous Crossroads in West Hollywood and Sun Cafe in Studio City and delivering it into the arms of people whose lives have been shattered by this hideous virus, a virus that wouldn’t exist if humans respected animals and left them alone.

This pandemic was caused by our disrespect for the other sentient beings with whom we share this planet. It is a zoonotic disease that jumped from animals to humans and began its spread in a “wet” slaughterhouse. There is no more important mission than opening people’s hearts, minds, and mouths to food that will make them healthier, help the planet reverse climate change, and prevent the next pandemic.

Thank you Maggie Baird for all you do! You are my hero!

“New Day New Chef bringing these chefs and celebrities together is a great way to focus on these wonderful restaurants, and the nourishing and delicious food they are providing to those in need through Support and Feed,” said Baird. “A plant-based diet is so important for the health of our communities and our planet. I hope this show and these chefs will inspire people, because there is no better day to start than today.”

What Is Quick, Summery, Fruity, And Covered in Creamy Cool Whip?