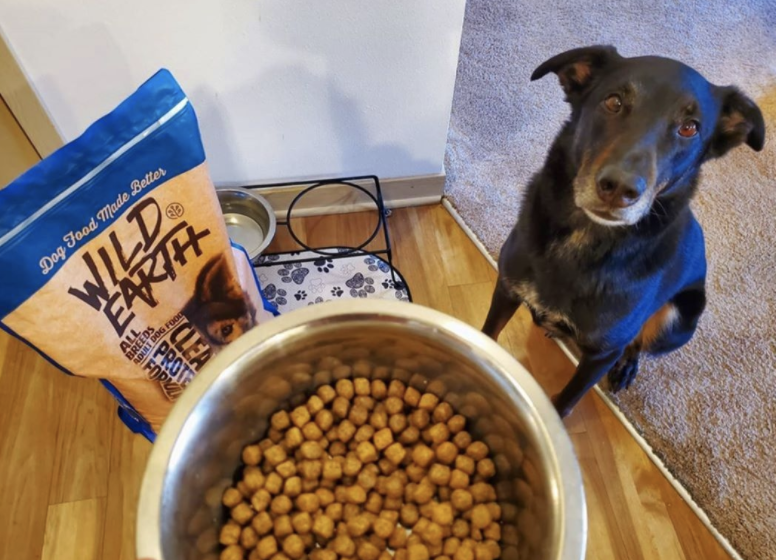 I’m a huge fan of Wild Earth. You may remember seeing the vegan dog food wow the notoriously picky investors on Shark Tank! Mark Cuban even decided to back the product. My 4 dog companions, Cabo, Foxy, Rico and Tiny, are huge fans of Wild Earth vegan dog treats. All they have to do is hear the rattling of the package being opened… and they are lining up.

So, I asked the folks over at Wild Earth to give me the lowdown on why plant-based dog food is A-OK for your canine guy or gal. Their thoughts are below.

As a pet parent, food is one of your basic concerns. You want your little friend to dine on the right, nutritious diet with the optimum balance of carbohydrates, proteins, and fats. If you follow a vegan lifestyle, chances are that you’ve at least considered a similar diet and whether it’s appropriate for a doggy body. There are several conflicting studies that point to the pros and cons of solely plant-based food for canines. Let’s take a close look at what science has to say.

Your Dog’s Pancreas Is Quite Capable of Digesting Plant Food

You might have heard people espouse the belief that the canine digestive system is not suited for processing plant starches. However, studies have shown that your dog’s pancreas is perfectly capable of producing the digestive enzymes necessary to break down a high carbohydrate diet. Nor is there any truth in the idea that a plant diet can damage the pancreas. In fact, dogs can safely and efficiently digest most of the foods that humans eat. So, can your furry friend eat vegan dog food? Yes, it’s absolutely possible for most dogs!

Dogs Are Not Purely Carnivores by Nature

It is not uncommon for dog parents to assume that their four-legged buddy is a carnivore by nature. In truth, dogs fall more into the omnivore category. Like humans, they can digest fruits, veggies, grains, and other items as long as they don’t contain high levels of cellulose. That’s a type of fiber found in plants such as hay. When you’re looking for vegan dog food, find a company that demonstrates knowledge of canine dietary needs and abilities. With a little research, you’ll find brands with vegan dog food that you can pour directly into his bowl.

Yes, dogs and wolves have descended from a common ancestor. Scientists who compared DNA from both canines groups made some very interesting observations. The key differences in the genomes dictated two critical aspects of dogs’ and wolves’ physical structures. The first is their behavior, which is why your buddy at home is a lovable ball of floof and adores you from the depth of his little doggy heart.

The second trait is their digestion. Domestic canine digestion has evolved and adapted to metabolize starches and carbohydrates much more efficiently than wolves. You don’t need to feed your buddy the same meals as his cousins.

Is Vegan Food a Healthier Choice for Your Friend?

The question remains. Will your little furry buddy do better on a vegan diet? The jury is still out on that one. But, if ethical and environmental factors have encouraged you to avoid eating animal products, it is safe for your dog to join the club. Do ensure that any food includes the necessary macronutrients, vitamins, and minerals to prevent nutritional deficiencies. Rely on the advice of your vet to create a proper diet plan that includes all the foods important to keep your dog healthy, energetic, and happy.

Will We Have a Healthy Future? Plantbased Business Hour Weighs In