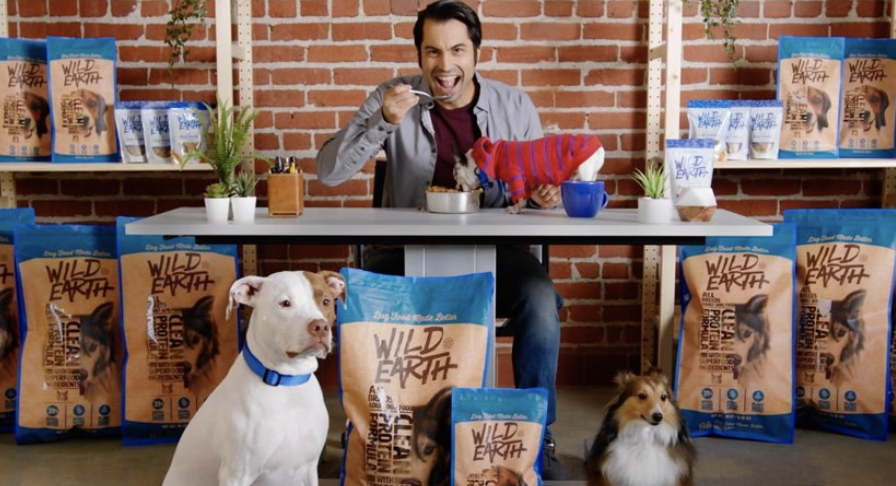 Recently, Elysabeth Alfano from Plantbased Business Hour interviewed Ryan Bethencourt,  founder of Wild Earth Pet Foods and co-author of “The Clean Pet Food Revolution.”   His mission? Change the entire pet food industry by removing all animal ingredients from it. Vegans with companion animals should listen to what he has to say.

Watch the full video at the end of this article. You can also watch an earlier conversation between Ryan and Elysabeth on JaneUnchained News. Here’s the bottom line:

Ryan is a biologist who has been an ethical vegan for 12 years. In 2018, he founded Wild Earth Pet Foods, a Californian biotech startup that uses cultured proteins to develop clean, high-quality pet foods for the $30 billion pet food market. The company’s first cultured protein product was from human-grade Koji, an eco-friendly and renewably sourced fungus. Chief science officer Ron Shigeta, a leading cellular agriculture scientist, helped to create a range of proteins and carbohydrates, with varied textures and flavors that dogs seem to like. Ryan explains how it all started:

“From the beginning, we realized that there was a huge problem with food safety for pets. A lot of people don’t realize this, but a lot of the animals that have gotten sick, actually go into the pet food supply chain. Not the human supply chain. The pet food industry calls them the four Ds: dead, disabled, dying or diseased animals. Those are still allowed in our pets’ food. If you still feed your pet conventional meat-based kibble, you are still feeding them potentially diseased animals.”

“We are really unique in being the leading pet food company focused on transitioning everyone – dogs on a meat-based diet or raw meat – over to plant-based foods. We really see ourselves as the leader of plant-based innovation. They’re actually going to be a whole bunch of new products coming out. We actually came out about six months ago with our dog food, which has been successful.”

From his original idea, Ryan has created a flourishing business. But what I like the most about it is how ethical it seems to be:

Wild Earth Soars During the Pandemic! Ryan Explains Why:

“We think a lot of people saw the connection between a lot of things we’ve been talking about for the last two years… the connection between diseased animals and feeding them to our pets… the fact that they are factory-farmed animals. Even if you don’t’ eat meat, but you feed your animals meat (in particular your dogs’ meat) you are still contributing to the risk. You know, avian flu, and all the diseases that are present in factory-farmed animals.”

And things look good for the future of the company…

“We had a lot of interest from people in China for our products. And these are large companies that are very interested in plant-based products in particular. I think this is definitively making the connection in China. People realizing ‘Wait a minute. Our food is not safe!’.”

One of the most interesting parts of this interview is the revelations about the pet food industry. Ryan learned this by researching for the book he co-authored in 2020 titled “The Clean Pet Food Revolution: How Better Pet Food Will Change the World”. He explains:

“A lot of people don’t realize that, in the US, 30% of the meat we consume, goes to our pets. You know, it’s a huge number that nobody ever talks about. And that is actually the reason why Dr Ernie Ward, Alice Owen and I actually wrote the ‘Clean Pet Food Revolution.’ To kind of open people’s eyes and say: ‘Hey, this is a serious problem.’ You may be reducing meat consumption or getting rid of meat entirely for the animals, for the environment and for your health. But, we have this big problem no one is talking about. Which is that 30% of the animals that are consumed (this are factory farmed animals) are for our pets. They are fed to our pets. And it’s huge. The US’s dogs and cats would be the fifth-largest meat consuming nation in the world by themselves.”

Wild Earth’s mission is to save factory farmed animals from death and our companion animals from diet-related illness. Says Ryan,

“We actually think that healthy grains are a part of a dog’s diet. So, we have oats. Yet, we are actually higher in protein than most meat-based kibbles. So, we are in the high-end ancestral diet level of protein. About 31% protein.”

Although currently, Wild Earth has been focusing on dog food, they are also researching cat food. Ryan said cat food can be plant-based if supplemented with key nutrients cats need. Recent research support this.

It’s good they promote innovative ethical research: “We want to put together scientific studies. Volunteer, obviously. No lab dogs required. Many people don’t know this but many of the major dog-food brands actually still use lab beagles to test their food. We don’t do that. We are a 100% cruelty-free company. We are philosophically vegan though we call ourselves plant-based to make us successful to everyone. So, there are a bunch of studies. I believe a plant-based diet will help dogs live a longer and healthier life. Many of us who are on plant-based diets probably agree with that. But we want to put together data that actually proves it. We don’t have that data yet.”

Like most visionaries, Ryan looks at the bigger picture, and at the distant future:

“I think that for all of us that want to do something about it, let’s get people to switch. Let’s talk to our friends, our relatives, and push the hard conversations. Try not to have arguments, you know, approach them with kindness and compassion. Changing habits takes time. And it takes information, and it takes compassion. But there is this huge opportunity to switch things over. “

I think that, for a business, it does no longer pay to be cruel. Conversely, being cruelty-free now pays a great deal. Ryan agrees:

“What we are seeing is the next generation of consumers, from the young to the older. We are seeing this new focus on consumers actually being mindful consumers. So, they are looking for brands to represent their values as well. We are seeing market share being lost by companies unwilling to change. And new companies that are emerging saying ‘we actually care about the animals, the environment, health…we are moving in that direction.’ And so, consumers are also moving.”

Like Ryan, I am also an ethical vegan biologist. But, I am also a campaigner, and I can see in him the same kind of things that makes campaigners like me tick:

“Everyone listening in here who still feeds their dogs a meat-based kibble or raw meat, I’d love to ask for your support to transition. Buying Wild Earth is very powerful. We are going to continue doing anything we can to change the entire pet food industry. To make it cruelty-free and to remove the use of animals.”

“We are going to be 100% cruelty-free always. You are not going to see any surprise stuff about us, like testing, or doing anything with rats. We are not ever going to do that. So, I really appreciate your help and your support, especially in spreading the message. A lot of people don’t even know that plant-based dog food is even a possibility.”

“Something we are trying to figure out at Wild Earth is how do we get the FDA to block the use of diseased animals in pet food. How do we stop them from allowing diseased animals, which are currently allowed, in California, or in New York? How can we move systemic change? Part of it is legislation and policy, right? That’s a long road but it is something we can start doing. And, part of it is just getting people to start thinking about it.”

“Many people don’t still see the connection between their pets and these pandemics.” – Ryan Bethencourt, Pet Food Entrepreneur

If we vegans stop eating animal products but we continue buying them and feeding them to our companion dogs, we haven’t progressed that much, have we? But we don’t have to. They can thrive in a plant-based diet too. 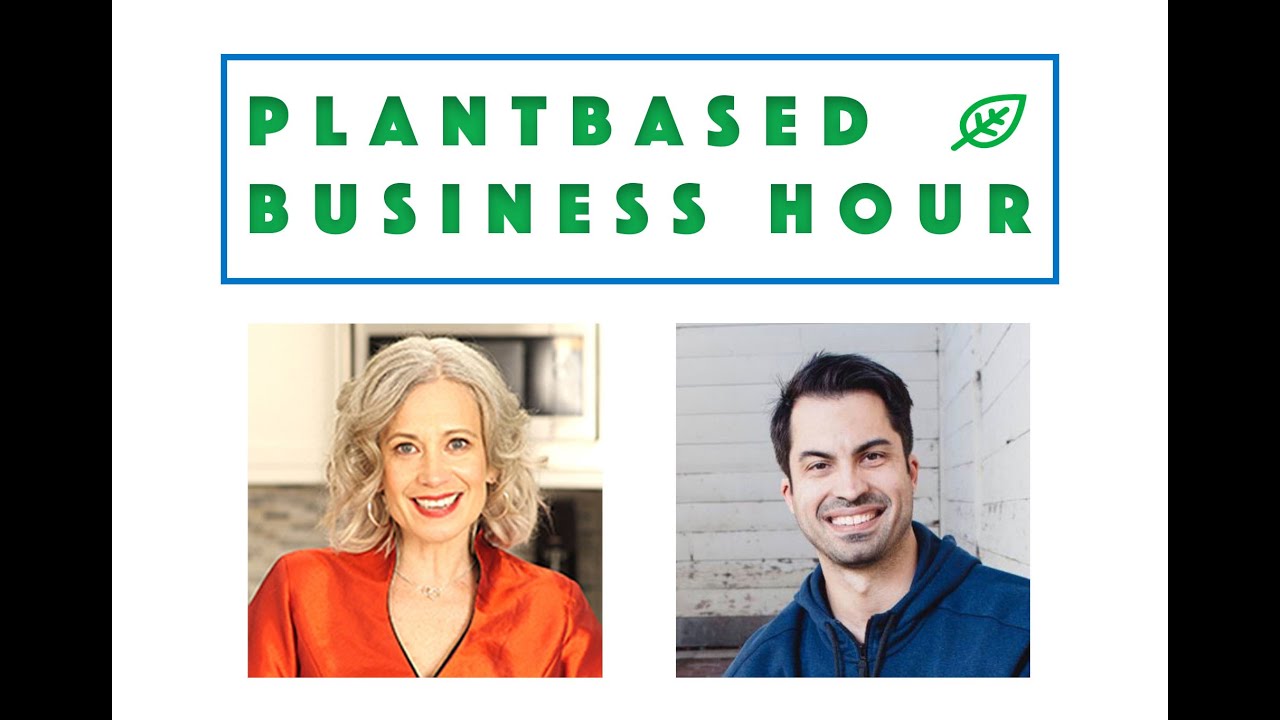 Layered Taco Dip To Die For!