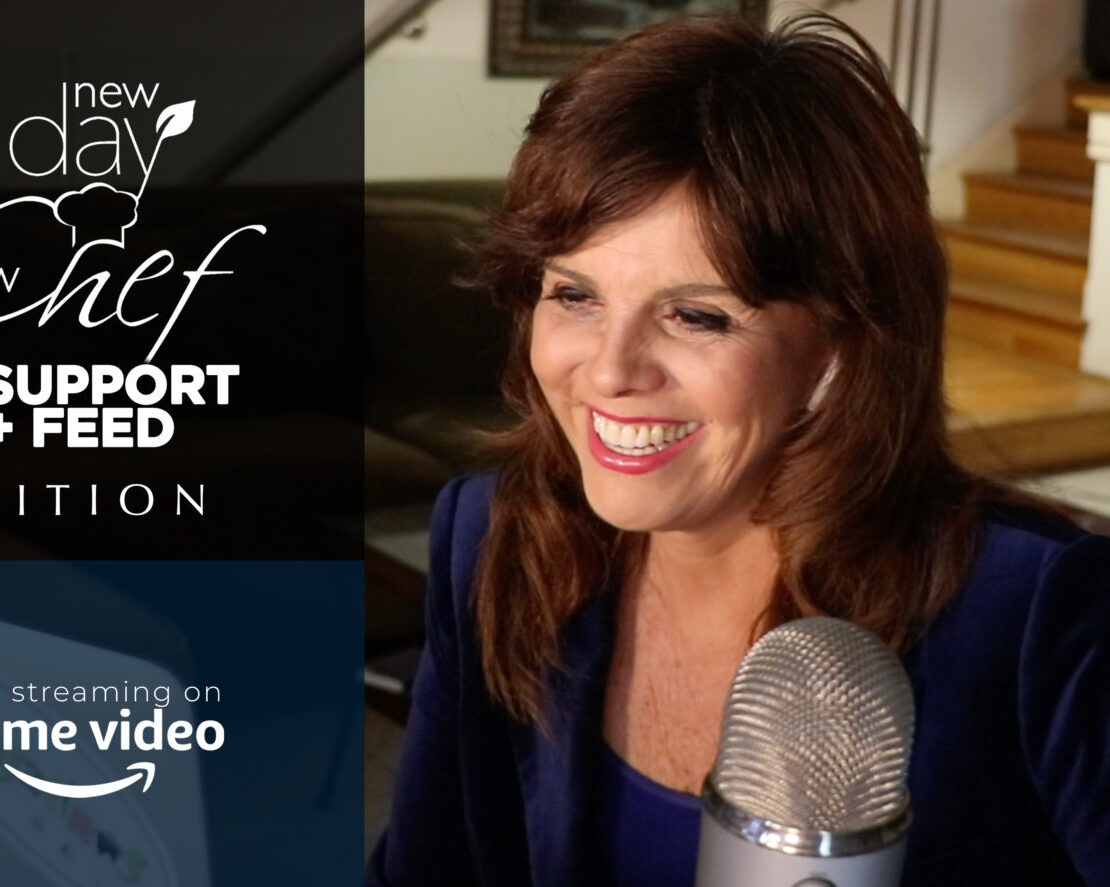 Well, folks, it’s been a long time coming! The pandemic did not stop us from spreading the word about the joys of vegan cooking! We used 6 robotic cameras in a contactless sound stage! We sweated vegan bullets to get this amazing show on the air on Amazon’s Prime Video. It was all worth it!  And… IT’S FREE FOR PRIME MEMBERS!

This unique cooking show features the amazingly talented vegan actress, musician and writer Maggie Baird, with special appearances by her superstar children Billie Eilish and Finneas, who are also vegan! Maggie came up with a genius idea to keep vegan restaurants afloat during this pandemic and, at the same time, feed hungry and struggling children, seniors and people who’ve lost their homes.

This is a cooking show is unlike anything else on television! Fabulous plant-based recipes are whipped up by some of the world’s top vegan chefs, the very ones cooking up meals for those who need them most. And, we have lots of fun. We dance every time we turn on the blender. You can Blender Dance at home while watching!

THIS SHOW INVITES YOU TO USE THIS TIME IN ISOLATION TO TRANSFORM!

This series allows you to use the pandemic to transition to an optimally healthy lifestyle and have fun by creatively combining vegetables, nuts, grains and fruit into everything from chocolate ice cream pie to “fish” cakes made from jackfruit. Switch from junk foods to superfoods, packed with antioxidants, without sacrificing taste! Renowned physician and bestselling author, Dr Neal Barnard, of Physicians Committee for Responsible Medicine, gives viewers the nutritional benefits of the main ingredients!

I created the show with multiple Emmy Award winner Eamonn McCrystal, who is an insanely talented producer. We are so honored to collaborate with Maggie Baird to showcase Support + Feed. We put on a show that can actually help solve the hunger crisis. If we all transitioned to plant-based and eliminated meat and dairy, the most inefficient food source, we could feed everyone in the world.

How To Gain Simplicity Through Cooking With Mushrooms

Ground Beet For All Your Vegan Taco Bowl Needs!