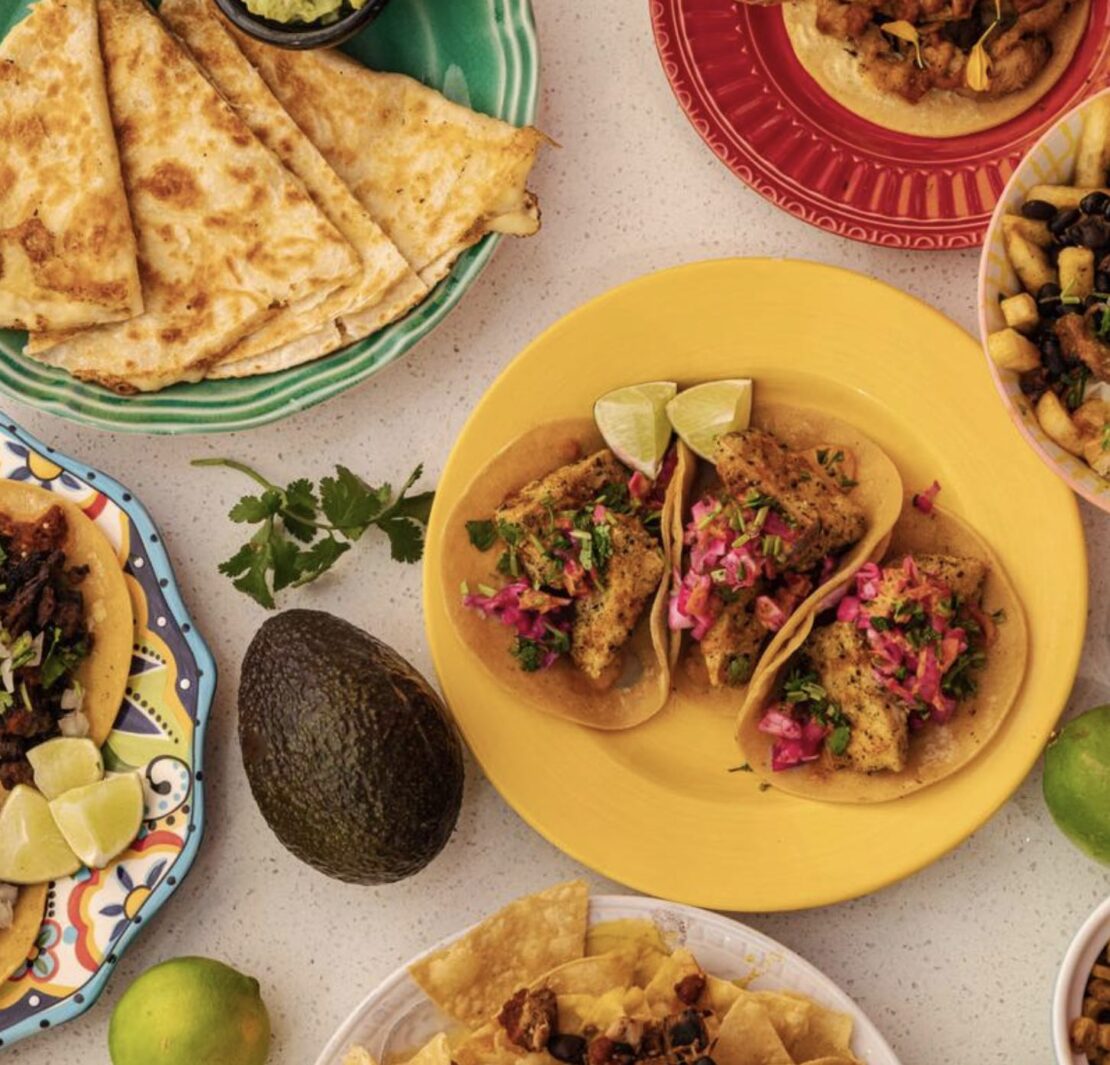 The votes are in, and this vegan chicken tastes just like animal chicken, if not better!  “Saving the world one taco at a time” is the motto for Sugar Taco, a wildly popular vegan Mexican Restaurant located on Melrose Blvd in Los Angeles and on Ventura Blvd in Sherman Oaks.  They recently collaborated with the delicious vegan brand, Daring Foods, to promote their vegan chicken by giving away FREE tacos all over Los Angeles through Sugar Taco’s food truck.  Together they wanted to show the city that their vegan chicken tacos were so good and have the same flavor and texture as animal chicken, that it would be challenging for anyone to tell the difference.  And guess what?  They were right!  Patrons who tried their free tacos were shocked to find out they were vegan, often stating, “They taste just like chicken!” 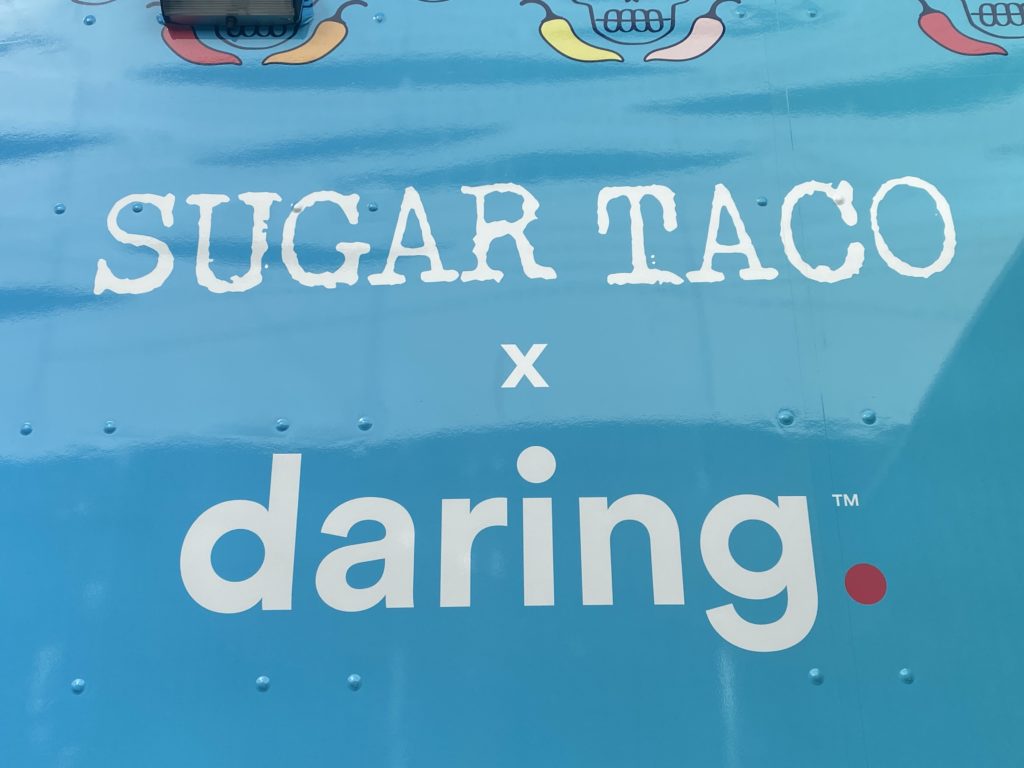 So what is this Daring company all about?  “Daring was founded on a single, fundamental belief: if we encourage people to make one simple change, they can change the world. Strong words and a lofty goal to say the least. But that’s what makes us Daring. Taking on the insurmountable is Daring. Standing up for what’s right is Daring. Seeing the change the world needs and creating a better future is Daring.”

Daring is Caring is their ongoing initiative to make sure their company is as sustainable and eco-friendly as possible, and to support like-minded organizations that are Daring to join the movement, bringing a better future forward for humankind, animals, and the planet.

Daring Foods products are a real competitor to the chicken industry, as Daring offers a true substitute… the taste mimics chicken perfectly, only it’s healthier, better for the planet, and certainly better for our actual chickens. Daring makes four varieties of plant-based chicken from soy protein: Original, Breaded, Lemon & Herb, and Cajun. Each product contains only five ingredients.

TEAMING UP TO CHANGE HEARTS AND MINDS WITH VEGAN CHICKEN

Together,  Sugar Taco and Daring traveled around Los Angeles for a week, giving away FREE chicken tacos to people, and the response was incredible.  Daring’s delicious vegan chicken combined with Sugar Taco’s mastery in the kitchen, turned these tacos into a disappearing act on the sidewalks of L.A.  People were loving them as they flew out of the hands of the enthusiastic employees who were handing them out.

Our very own Jane Velez-Mitchell just had to get in on the action, so she headed down to Santa Monica’s popular Third Street Promenade Mall to have a taste of heaven herself, during #LunchBreakLIVE.  She witnessed random shoppers grabbing the free tacos and expressing their surprise when they realized it tasted just like chicken, but it wasn’t chicken.  Even Jane herself was immersed in the flavors when she took a bite.   Check out the live video below.

WHERE CAN I GET THIS VEGAN CHICKEN?

Although the free taco week has ended, you can still pick up some daring chicken from your local store and make your own tasty vegan chicken tacos or dishes at home!  They sell their products at Whole Foods, Ralphs, Kroger, Sprouts, and more.  Just visit their locator page to find out which stores near you carry Daring chicken, go pick some up, and start cooking!

In the mood for some delicious vegan Mexican food?  Just head over to one of the two Sugar Taco locations and you won’t be disappointed.  They have a large Mexican-inspired menu that is 100% vegan and delicious.  Their restaurants are super trendy and popular, always drawing a compassionate and cool crowd of vegans and veg-curious.  So hop on over and enjoy a meal out, cooked just right, bursting with all those spicy flavors.  Their in-store restaurants are super cute, colorful, and full of friendly energy!  We did a #LunchBreakLIVE at one of their restaurants previously, with a chihuahua surprise.  You must check that story out for some great food vibes and fun!

VEGAN CHICKEN IS CHANGING THE WORLD

As plant-based food is proving to be the future vs. just a trend, more and more vegan food companies are popping up with incredible products that are perfect substitutes for animal proteins and dairy. More vegan restaurants are opening, using these products, like Daring Foods chicken, to make awesome, flavorful meals. Vegan substitutes are proving to be far healthier, far better for our planet and the climate crisis, and cause zero suffering to animals.  Why wouldn’t you choose vegan?  We want to thank companies like Daring Foods and Sugar Taco for being at the forefront of a growing movement to change hearts and minds, one taco or one chicken strip at a time.