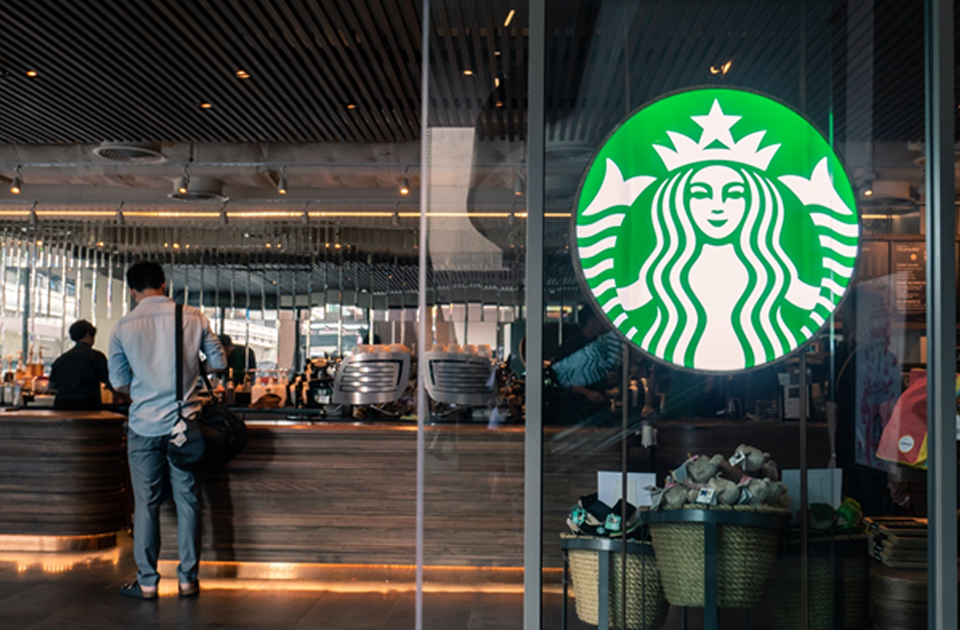 In a major breakthrough for the plant-based movement, Starbucks rang in 2022 by dropping its surcharge for plant-based milks in all of its 1020 stores in the United Kingdom. Of the 5 dairy-free options Starbucks offers, all are now free in the UK. So… what about the United States? Olympian Dotsie Bausch has mounted a fierce campaign to get Starbucks to nix the surcharge on plant-based milks in its U.S. stores. The cyclist even went so far as to launch a spoof campaign falsely announcing that Starbucks had dropped the plant-milk surcharge. The phony story was picked up by several news outlets that then had to issue retractions. Could that stunt have been the thing that caused Starbucks to relent in England?

Dorothy Lee “Dotsie” Bausch, the American cyclist who won a silver medal at the 2012 London Olympic Games, is the executive director of Switch4Good. Its website defines it as “an evidence-based nonprofit dedicated to rattling accepted norms around dairy and health, working to abolish the current system of dietary racial oppression, and promoting solutions for climate change.” One of their campaigns is targeting coffee shops asking them to eliminate any surcharges for plant-based milk. It worked in the UK, so Bausch is now determined to achieve the same result in the US. Her organization has placed newspaper ads with an open letter demanding Starbucks end the surcharge on plant-based milks at all of its 9000 US stores.

UnchainedTV’s Jane Velez-Mitchell interviewed Dotsie Bausch about her mission to end what she believes is a discriminatory surcharge on vegan alternatives. You can watch the entire conversation here:

How Did Starbucks Ditch the Vegan-Milk Surcharge in the UK?

Bausch explains what their UK Switch4Good campaign was about:

“We mounted a brand-jacking campaign starting with a spoof Starbucks announcement that they had eliminated the non-dairy upcharge. It wasn’t true. It was full-on brandalism. It was a spoof but it certainly lit a fire. And three and a half weeks later, they dropped the vegan milk surcharge in all 1,000 of their UK stores.”

Other organizations, such as PETA, had already been campaigning for this for some time, focusing on the animal welfare and environmental cost of dairy. PETA pointed out the injustice of Starbucks penalizing those customers who choose drinks with better carbon and blood footprints. But Switch4Good used another angle. In their spoof campaign, Switch4Good claimed Starbucks was ditching the upcharge due to the prevalence of lactose intolerance among Black, Indigenous, and People of Color (BIPOC) communities. It used the argument that 95% of Asians, up to 80% of Black people, and more than 80% of Indigenous people cannot digest dairy. Therefore, argues Bausch, making them pay extra for a dairy alternative is an act of racial injustice. This extra argument seems to have done the job, at least in the UK. This may be one of the first well-documented cases of a successful intersectional approach in vegan campaigning.

“It was certainly a team effort. PETA has been after this for a couple of years from the animal rights perspective as well as the environmental perspective. It’s just this collective, forceful energy of all of us fighting for justice for all sorts of different reasons. And, it is showing up in what I think is most important: normalizing plant milk and normalizing plant food.”

If it worked in England, Bausch is certain it will happen in America.

“Now, we are pressing for US and Canada. There are 9,000 stores in the US. So, it’s a little bit more of a lift for them, but I think doing the right thing is always the right thing.”

“We placed an ad that 22 wonderful humans, physicians, movie stars, and athletes signed. It was in the Seattle Times, where the headquarters of Starbucks is. And it was to their CEO and to their Chief Inclusion and Diversity Officer. This was the velvet hammer approach. This was an approach that said: ‘hey, high five. Thank you. Great move in the UK. Now, let’s replicate it here.'”

“Anybody can go to our website and read the letter. We’ve just started a campaign for people to take that letter and copy it. Just one piece of paper. We think this is going to be worth the environmental trade-off. Send it to Starbucks headquarters with a handwritten note saying how important it is that this vegan surcharge gets removed. We’re also sending it out to our 45,000 newsletter list and we’re going to put it on social media.”

“It’s time for equality in our food, for people from all sorts of different ethnicities all over the world.”– Dotsie Bausch, Olympian

Is there justification for the Vegan-Milk Surcharge?

Bausch does not quite buy the explanation Starbucks has given to her.

“When we called to their customer service, they had a form paragraph that they read that said why they have to charge this upcharge. Because it really just cost them so much more, so they have to pass it on to the customer.”

“But, a recent piece in Yahoo News came out… That writer did a fantastic job really diving into why plant milk costs more. And, for Starbucks, it’s really not that much more because they make their own coconut milk, their own almond milk, their own soy milk. The only plant milk that they buy is through their partnership with Oatley. So, they are making their own plant-based milk. That plummets the price down even further. From our calculations, it’s really only somewhere between about eight or nine cents to maybe 20 cents more. Starbucks charges 70 or 80 cents depending on where you are. And they charge the same amount of an upcharge whether it’s a Tall or a Vente. So, that tells you something. And, they give away cow’s milk cream for free. It must be hundreds of thousands of gallons of free cream. So, this argument that they have to pass this on to the customer. No, they don’t.”

We invite Starbucks to give their comments at any time.

“Up to 95% of people of color cannot digest dairy. And then Starbucks charges extra for that. We think that is racism, even if it’s unintentional.”– Dotsie Bausch, Olympian

What Is their Message to Starbucks?

Velez-Mitchell asked Bausch what she would say if she met one of Starbucks’ executives in an elevator:

“If you go into a Starbucks and you get cow’s milk, you’re making one in three people sick. 36% of American people are lactose intolerant, mostly people of color. So, what part of that doesn’t make you want to shift and do the right thing?”

“It takes a thousand gallons of embedded water to produce only one gallon of milk. They’re not going to be able to change that. There are certain parts they are never going to be able to really make a significant change on. Water’s one of them.”– Dotsie Bausch, Olympian