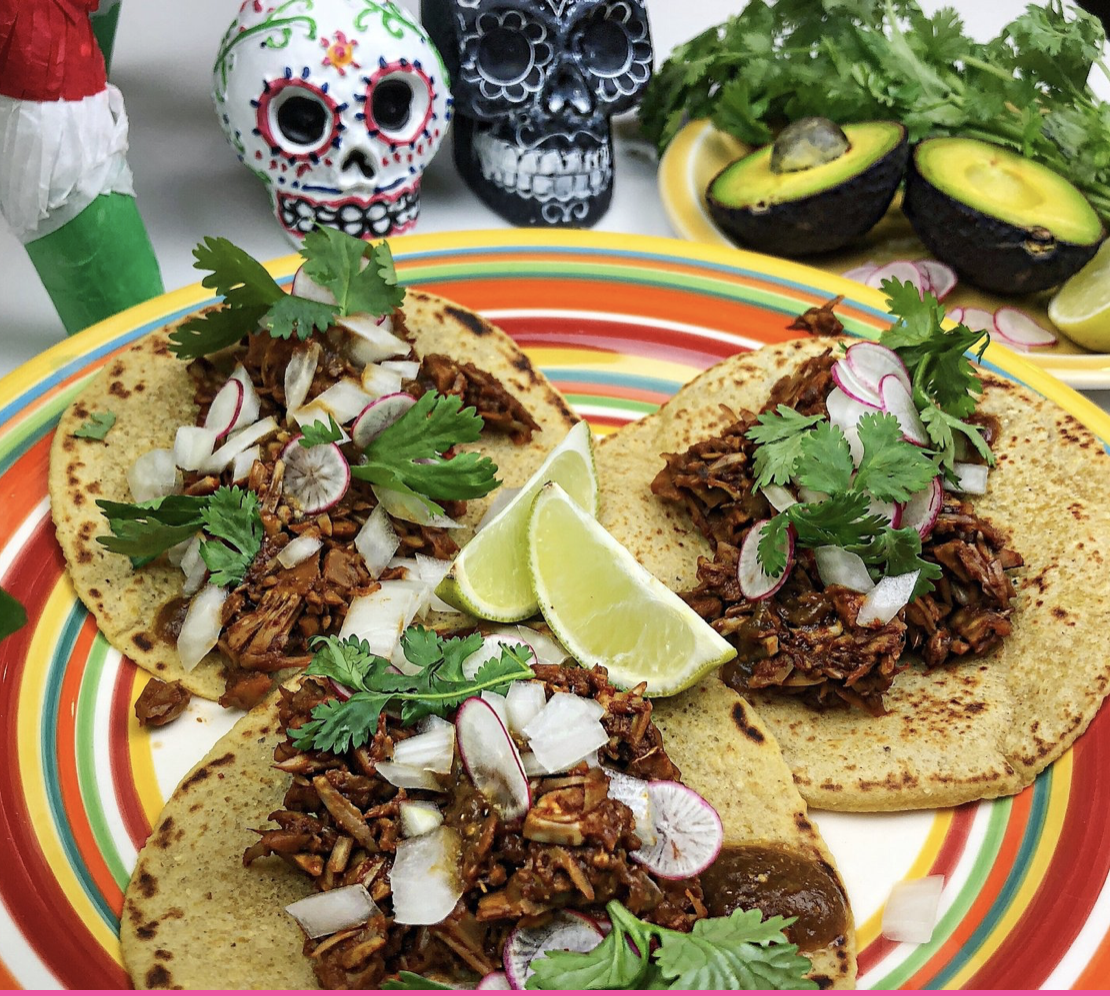 Today’s #LunchBreakLIVE features one of the hottest new vegan restaurants in town: Sugar Taco on Melrose, just west of La Brea in Hollywood! Their astounding vegan tacos, nachos, and quesadillas will be taste tested! Meet one of the fabulous owners, Brittany Littleton, along with today’s special guest Yolandi Eats LA, an adorable rescue doggie who travels around the city enjoying plant-based foods (IG: @yolandi_eats_la). Join us at Sugar Taco, the hip newly opened ?% vegan taco spot!

“At Sugar Taco, we believe great food and great ethics go hand in hand. Our menu stays true to authentic Mexican flavors without any of the icky stuff that comes from animal products (like the deforestation, the heart disease, the killing animals, you know). We are proud tree huggers and we source our produce from local organic farmers.”

This place is amazing!  Not only do they make ASWEOME vegan eats, but they have a goal to become a zero waste business.  They even encourage customers to take home their glass bottles from the drinks they purchase and bring them back for re-use!  If you are in the Los Angeles area, I highly recommend you give Sugar Taco a try! 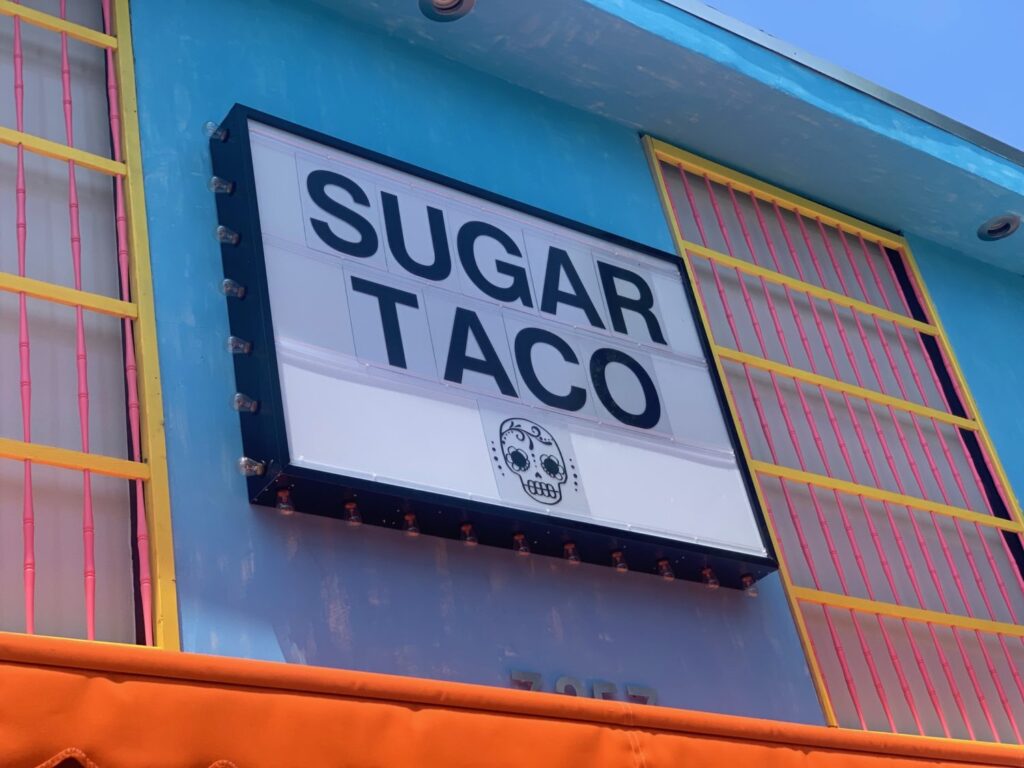 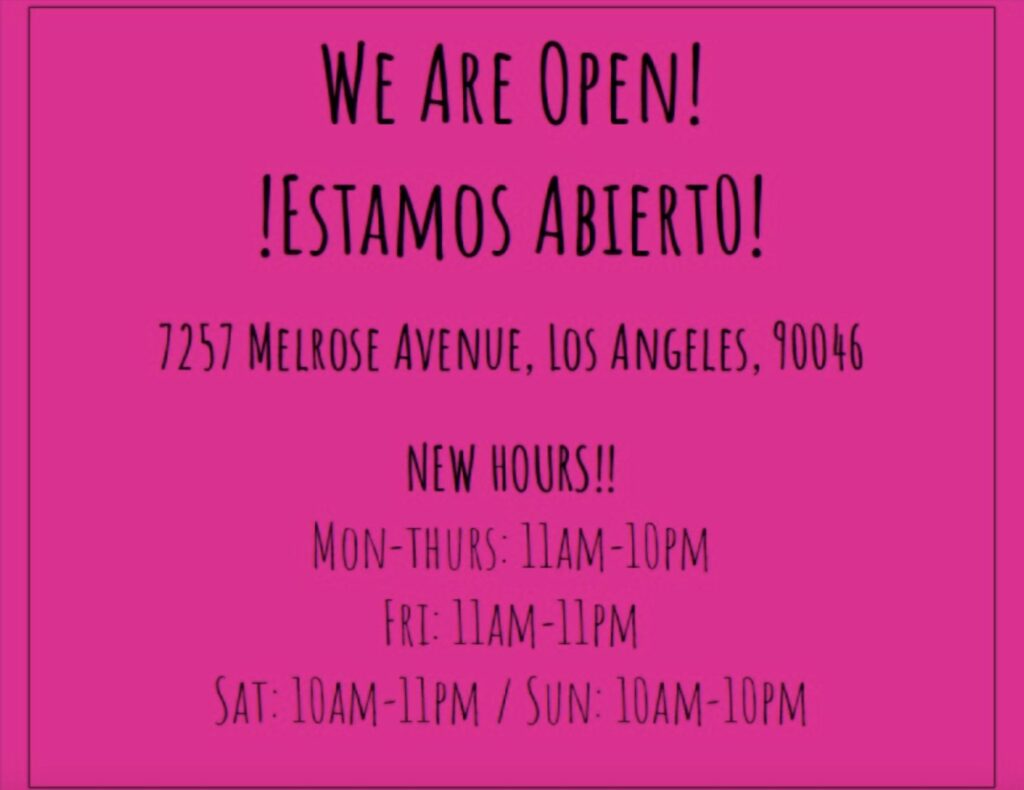 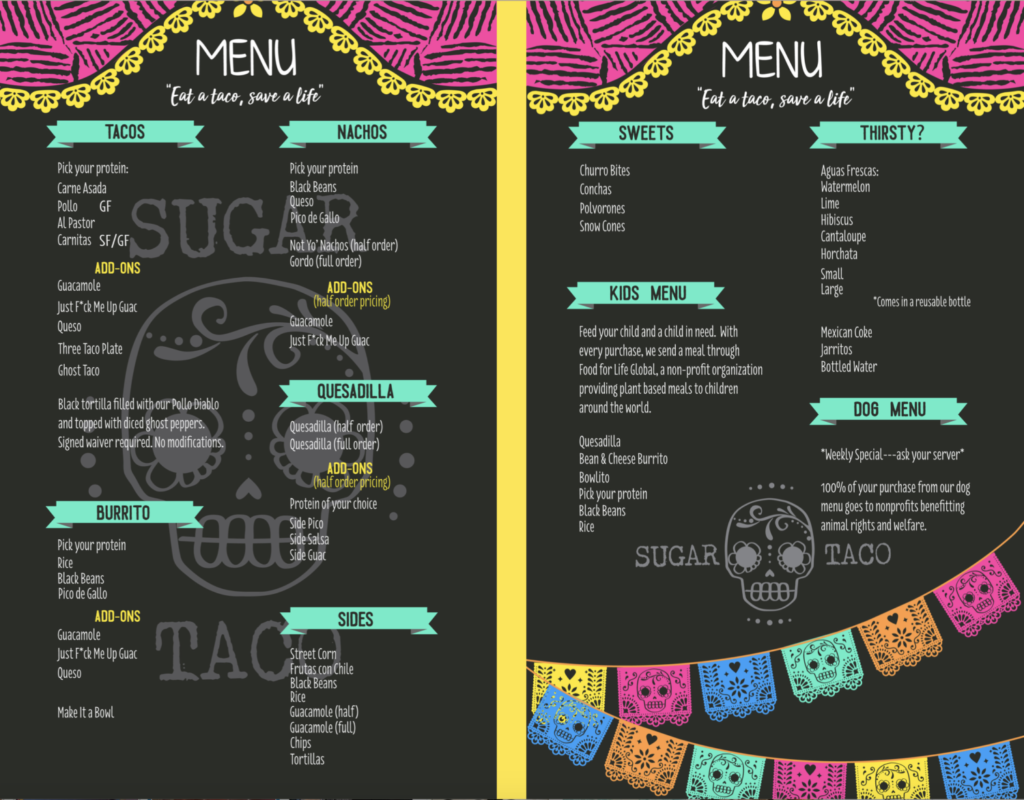 Vegoutla says “Sugar Taco’s seven different vegan meat options take center stage on the taco menu, but they don’t discriminate against Team Burrito (or Team Nacho, for that matter). Choose from plant-based carnitas, al pastor, carne asada, el Pescado, barbacoa, Pollo Verde, or the ghost taco, which comes with a warning label—it’s only for those who can take the heat! There’s also plenty of add-ons, from basic guac, to “Just F*ck Me Up,” which you’ll figure out when you take the first bite.”

Let’s take a look at some of the food you can enjoy while visiting  Sugar Taco!

And then there is Yolandi the dog!  A rescued Chihuahua living in Los Angeles who loves to eat out! All vegan of course!  Yolandi joined in on this special #LunchbreakLIVE because she LOVES Sugar Taco!  Check out these fun photos of Jane and the pup!