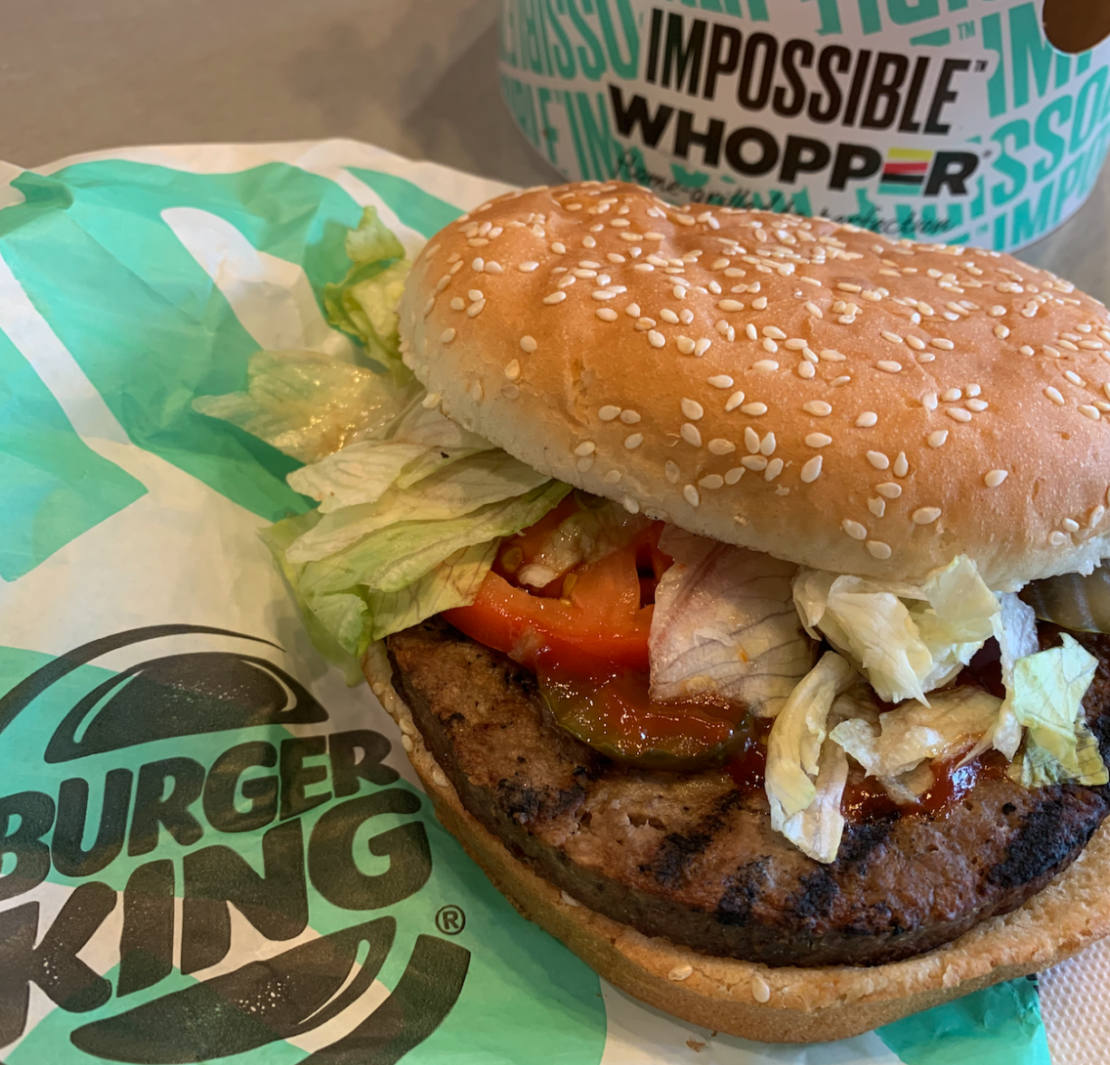 #JaneUnChained #LIVE at a Burger King on Sepulveda in Los Angeles, California where the 2nd biggest fast food chain in the world is now serving the Impossible Foods 100% plant-based, Impossible Whopper! The company will “see what happens” before deciding if it’s permanent! Let’s turn out and support this and make it a permanent menu item! It could save millions of cows from suffering and death! This delicious, vegan burger is now for sale at all 7,200 Burger King restaurants across America, a huge victory for the animal rights/vegan movement! Let’s make it a permanent victory! Go try it today!

Taste testers Bill Muir, aka Sgt Vegan/Vegan Road Trip, Kim Delgado King, Kenziah Rubens, Jane Velez-Mitchell and Sarah Segal bite in! Vegans, just say, no mayo! It’s really tasty! If you make it a point, they will also cook it away from the grill where meat is cooked. It also puts pressure on McDonald’s to follow suit! “Being brand led and being guest centric, we let our guests decide which items should earn a permanent place on our menus,” parent company President Jose Cil said. “We’re very excited about the prospects of building a platform with plant-based burgers and other menu options, but we’re starting as we always do and let’s see what happens.” We can make this happen!

Feed Your Mind, Body, and Soul!