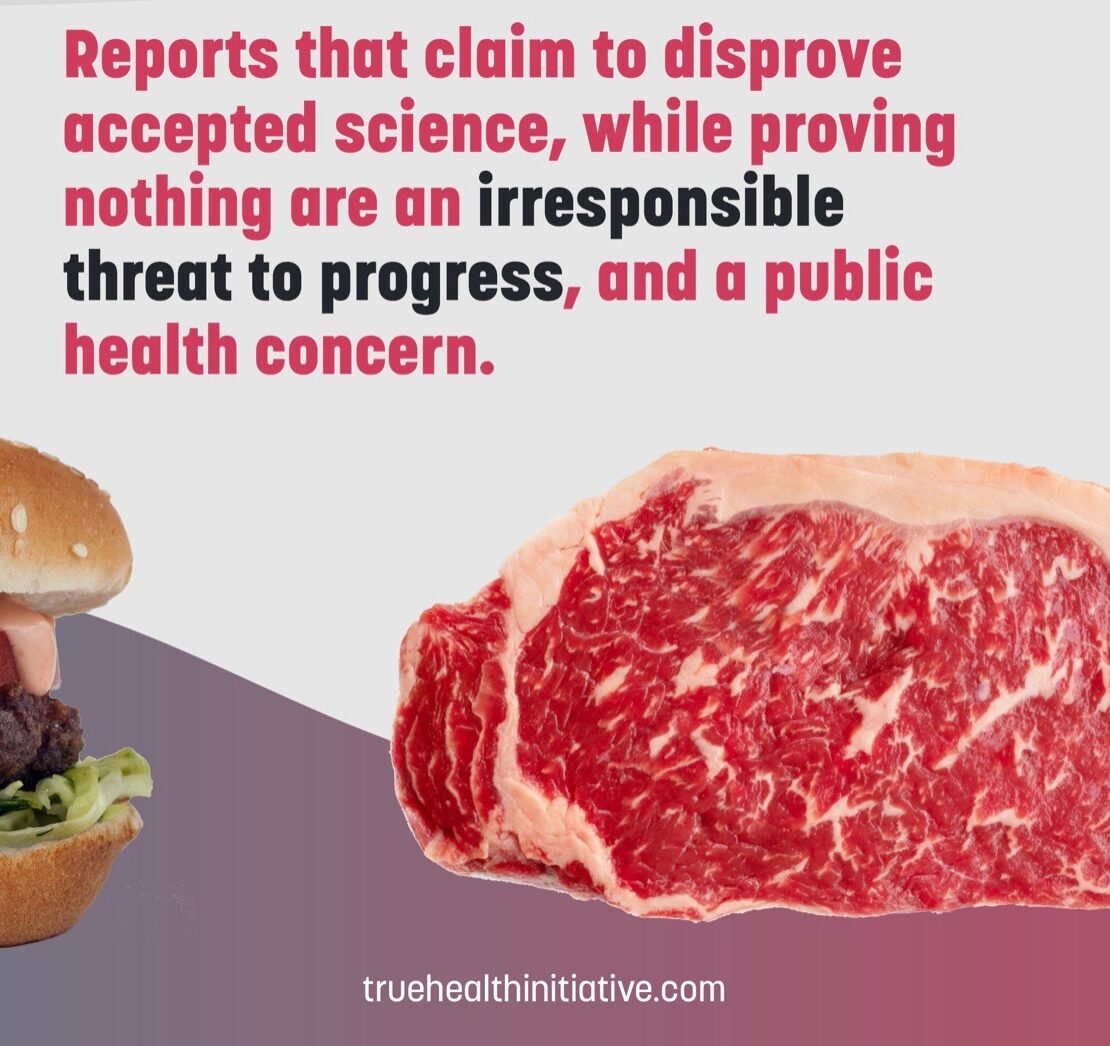 The Annals of Internal Medicine tells us today that there are, “New guidelines: No need to reduce red or processed meat consumption for good health.” AIM has published that people continue to eat meat based on the recommendations of Bradley Johnston, working with a private organization called NutriRECS. Johnston and NutriRECS compiled existing studies showing that reducing meat does, in fact, significantly reduce chronic diseases. However, Johnston decided-for you, America!-that these reductions in chronic diseases weren’t major enough to recommend eating less meat. Unbelievable! 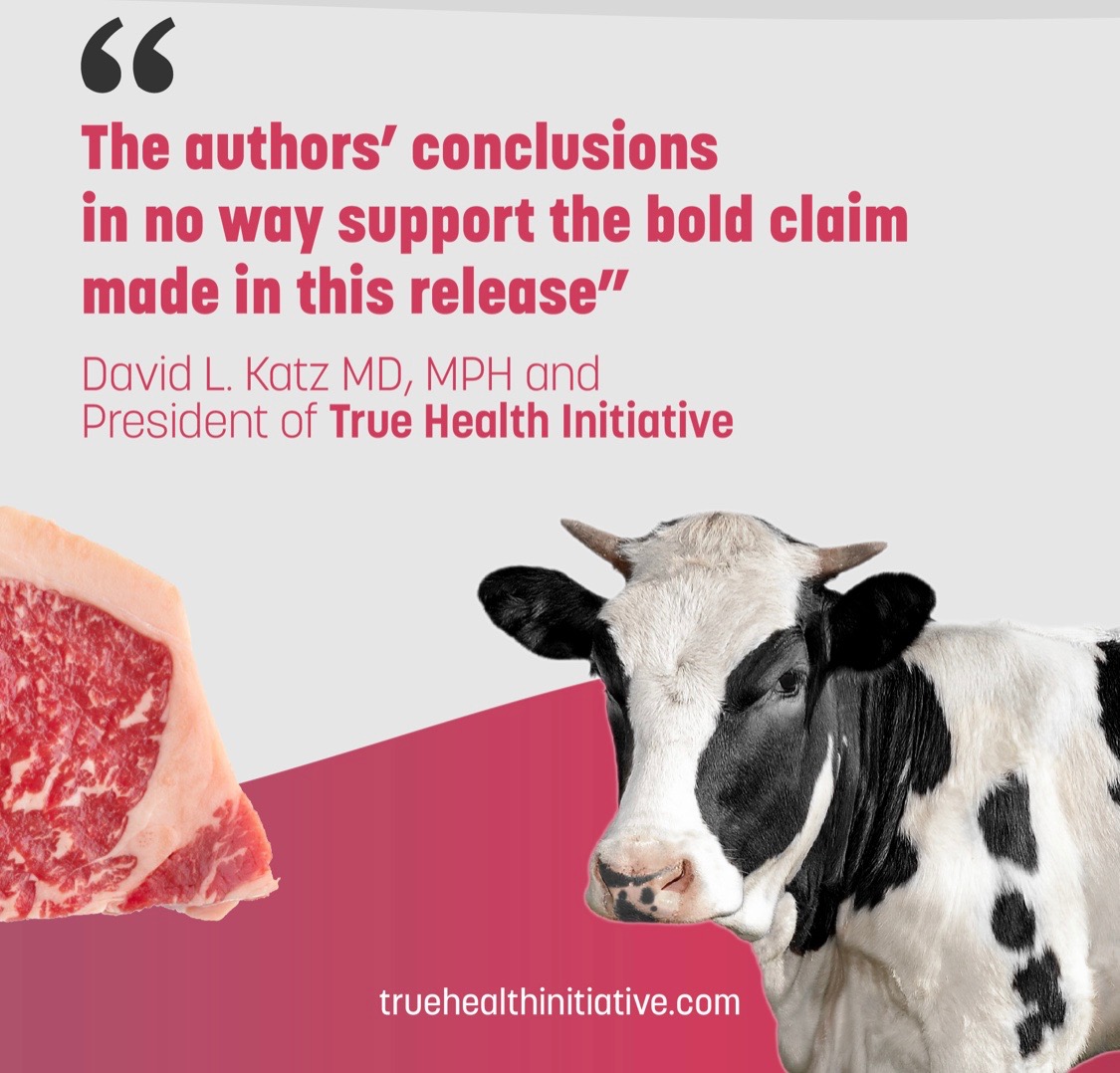 The only thing perhaps more unbelievable is that the Annals of Internal Medicine agreed to publish such recommendations which have been criticized by over 500 doctors.  This is why social media has taken to calling this #CancerCausingClickbait.

Dr.  Neal Barnard, MD and Physicians Committee for Responsible Medicine are taking action…and SO CAN YOU! Dr. Barnard and PCRM have filed a complaint with the Federal Trade Commission. 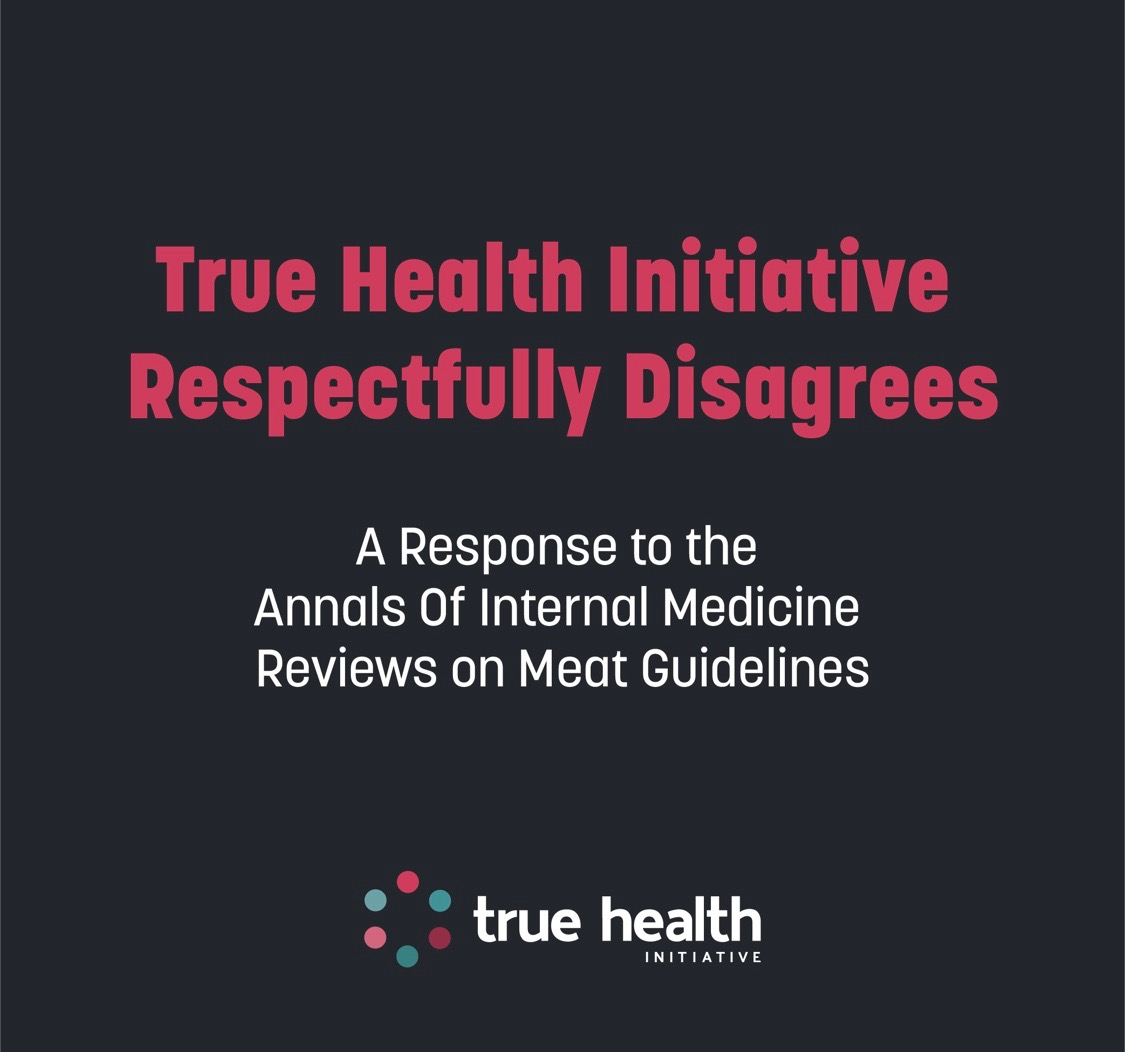 Here are the problems as noted by correspondent Elysabeth Alfano, who is also the host of The Awesome Vegans Podcast and Video Series.

Problem 1: Shouldn’t individuals be deciding for themselves if the results of eating less meat are worth the effort of changing their diet? Shouldn’t they have the right to the information, rather than a misrepresentation of facts? Who is NutriRECS to say what is important enough to tell people when it comes to their health and wallet?

These numbers are meaningful to people and they should know that there are benefits to reducing meat consumption. 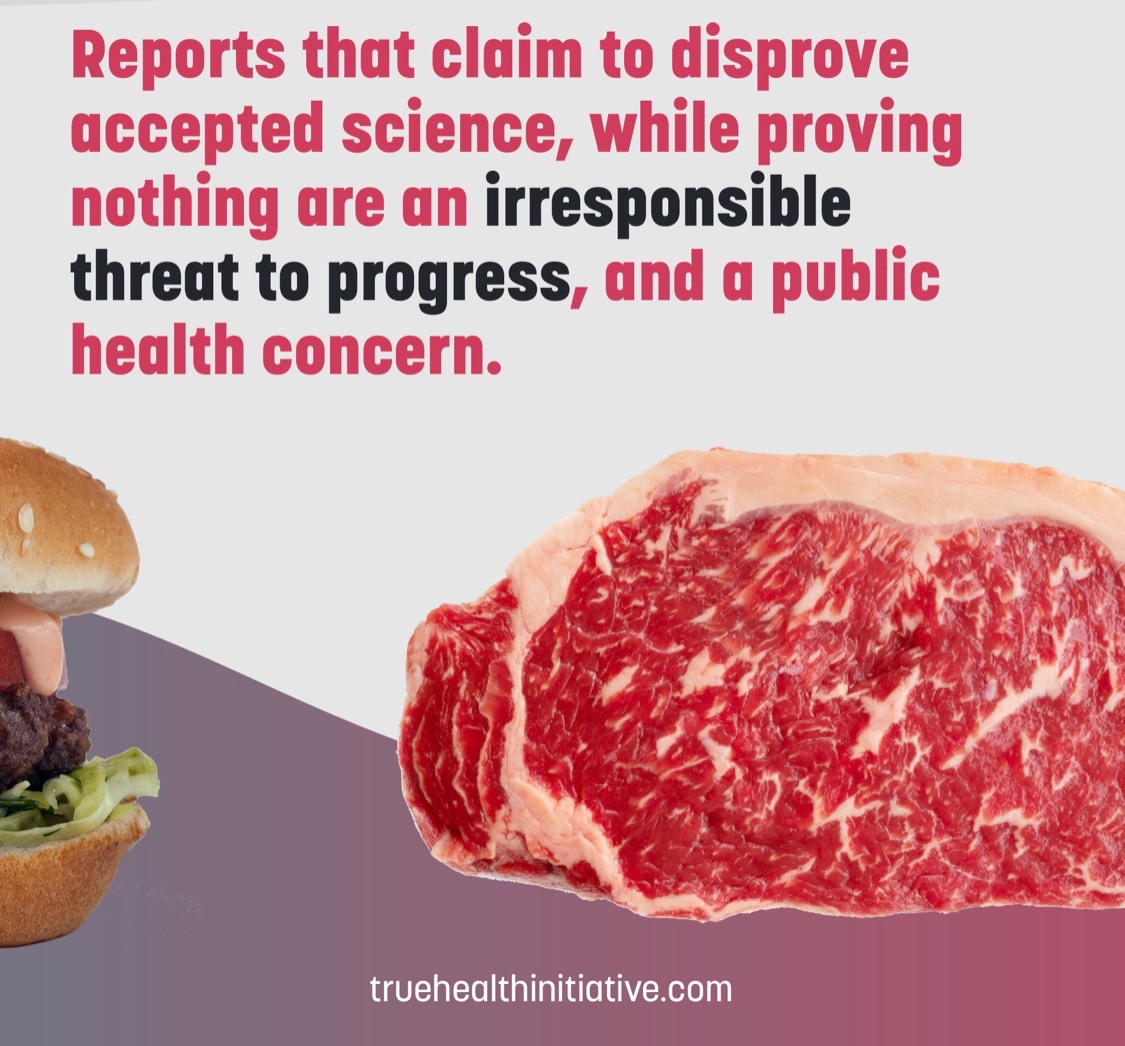 For example, if the speed limit is 55 and you are going 75, and then you slow down to 65, it doesn’t mean you aren’t going to get a ticket. To get the best results, you have to slow down to 55. It is the same with meat consumption. You have to cut it out to get the BEST results, but trimming it will have better results than maintaining the status quo. All three categories should have been compiled. 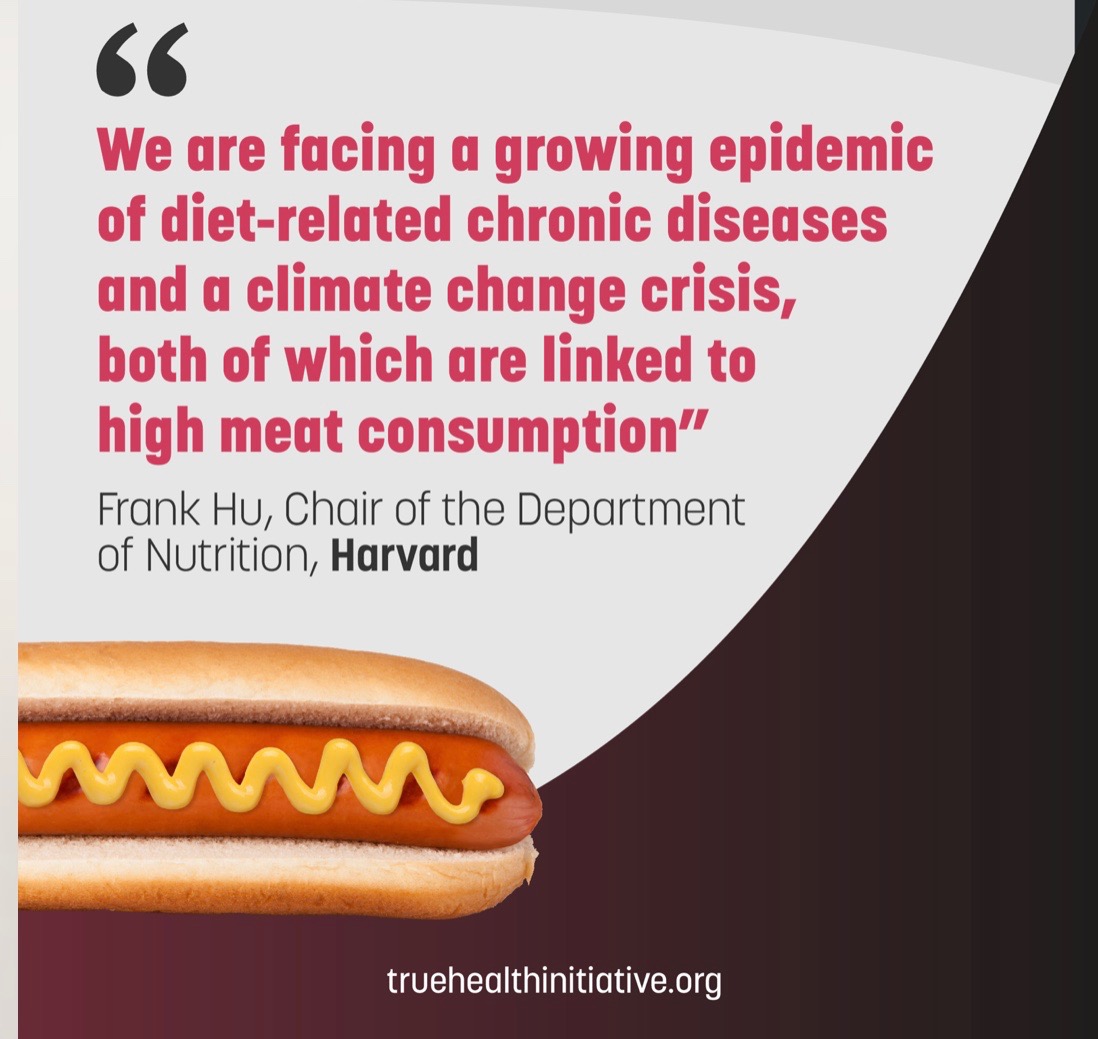 Problem 3: Finally, in statement that is so ridiculous it would be funny if it weren’t playing with peoples lives, the study states that since people are loathe to make lifestyle changes, doctors shouldn’t even bother to tell them to makes changes, even if doing so would be better for their health and is the whole point of being a doctor.

Author of one of the studies, Dr. Sievenpiper was unaware that his study was going to be associated with recommending meat and followed with this statetment. “As a co-author of one of papers and a physician, I share the concern that the public may view this series of systematic reviews and meta-analyses and resulting clinical practice guideline as commissioned or endorsed by the American College of Physicians. Our review of dietary patterns low in red and processed meat showed associated reductions in the most important outcomes to patients and public health: all-cause mortality, cardiovascular mortality, and cancer mortality. Despite this finding, the recommendation from the guidelines paper (of which I was neither a part nor was I invited to review as a co-author of one of the reviews) was that adults continue consuming red and processed meat. I completely oppose this recommendation and worry about the lasting damage to public and planetary health.”

Finally, the ‘study’ of the studies makes no mention that in 2015 the World Health Organization declared processed meats at category 1 carcinogen.

Obviously, you must advocate for yourselves, America!   For your own health, America-stand up. It’s a FOOD FIGHT!

Thank you to Dr. Ashwani Garg for his insight and Lisa Karlan for the images.

There Is Something For Everyone At Seabirds!