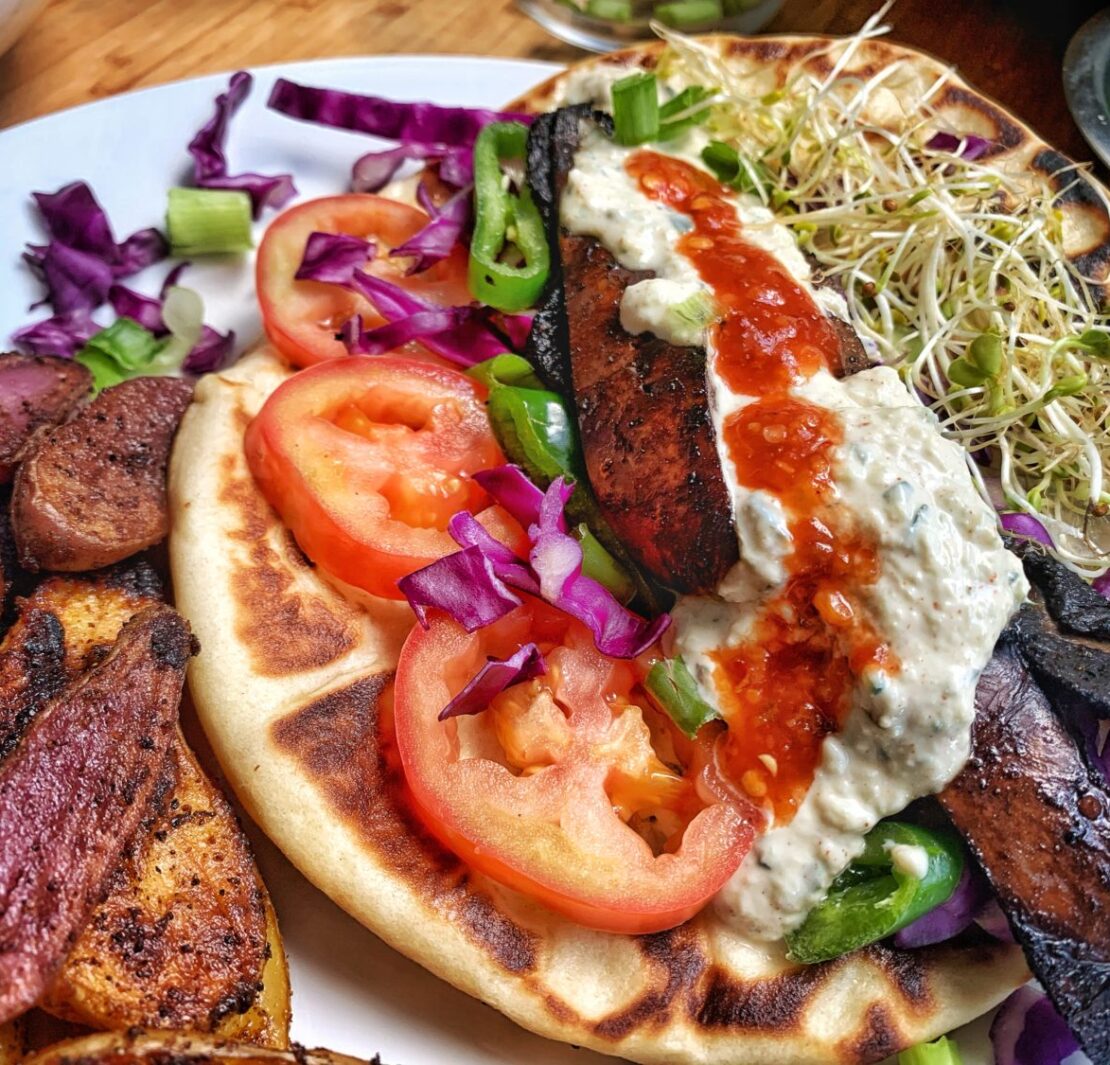 This Vegan Gyro Recipe Is Bangin’!

You’ve been looking for a vegan Gyro?  well, we’ve got the perfect recipe for you.  This Gyro is so tasty, it will transport you straight to Greece with every bite!  Guest Chef Marlon Rison joins us again for another one of his incredible and tasty dishes!

Who Is This Magnificent Chef?

We know Marlon can whip up a spectacular vegan Gyro!  But let’s learn a bit more about him:

Marlon Rison, PlantbasedG, transitioned to a vegan lifestyle during the summer of 2017 in an effort to improve his health, but he quickly grew to appreciate the compassion for animals. After losing over 150 lbs, and equipped with an open mind, he was led to seek out like-minded people at live events and through social media. His world changed as a result.

Through these interactions, opportunities arose that include speaking engagements, in-person cooking, and live streaming, special focus interviews, and even recognition from VegNews Magazine as one of the “Black Vegans” you need to follow on Instagram.

Marlon’s most recent venture is the compilation of his first cookbook—Quarantine 15. A collection of 15 (plus one bonus) curated vegan recipes to comfort the soul and nourish the body. Throughout the COVID-19 pandemic, the cookbook will be available for download on Shopify. Also available are some cool swag, including t-shirts and caps.

Marlon’s greatest passion is to be a change agent, providing a living breathing example of what can be done if you treat yourself like you love yourself—beginning with what you feed your body.

As you can see Marlon is a multi-talented and super inspirational guy.  We love having him on #LunchBreakLIVE.  His recipes are always so tasty and unique.  I loved the episode where he showed us how to make his famous Patty Melt, sent straight from heaven.  Don’t miss that one.  But today, it’s time to check out these awesome vegan Gyro’s!

You Craving Some Vegan Gyro Now?

Me too!  Below is the recipe for this mouth-watering meal that will keep you coming back for more.  I do hope you try and make it yourself at home.  It won’t disappoint! 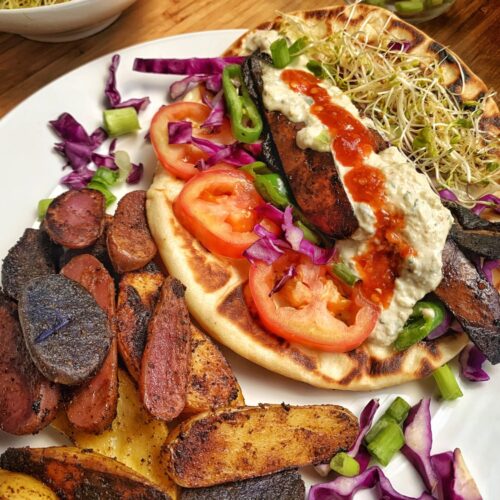 I am Off To Make Some Vegan Gyros!

I don’t know about you but I am STARVING and craving a good ole’ vegan Gyro…so off I go to cook one up now that I know how!  Will you try this recipe at home too?  Let me know how you like it in the comments.  I would love to know!  Be sure to check out some of our previous episodes of #LunchBreakLIVE for more amazing vegan recipes.  Until next time…