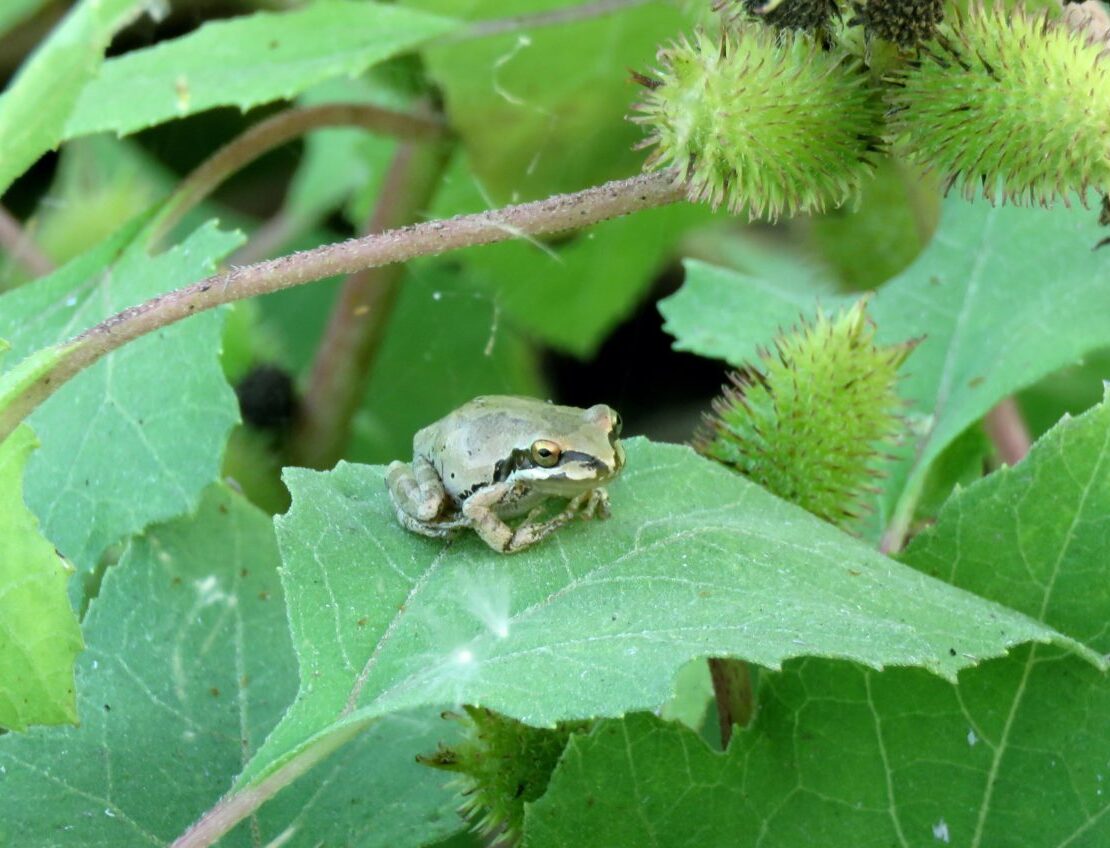 Community leaders and environmentalists have risen up in opposition to a massive bulldozing project that would destroy hundreds of acres of fragile habitat on the coast of Los Angeles!  The plan is so controversial, it has sparked numerous protests. A lawsuit has also been filed to stop it. Now, concerned citizens are taking a different kind of action. We have just released an alternative plan, published in its entirety at the bottom of this article! This new Gentle Restoration clearly shows that bulldozing is unnecessary.  We can provide public access and protect the rare species at the Ballona Wetlands Ecological Reserve in Playa del Rey, California, without destroying anything. California Governor Gavin Newsom could put a stop to the bulldozing plan. So, tell him.

Ballona Is a Battleground Again!

Ballona is named after a Spanish land-grant rancho! The area has been fought over for decades. Many people thought that the 640 acres of coastal land had been permanently saved from bulldozers back in 2003 by then-Governor Gray Davis.  The State of California spent $140 million to acquire the land from Wall Street real estate investors.  Then, while few were paying attention, private interests got together to make a plan that would invite the bulldozers back in to wreak havoc over the course of at least nine years. Those destructive plans are outlined, as Options 1, 2 and 3, in an Environmental Impact Report (EIR) quietly released in late 2019,  just before Christmas.

“Unfortunately, Ballona’s wildlife habitat that we thought was saved, has to be saved all over again. Whether it’s SoCalGas or engineering and dredging companies, there are several private interests looking to make money from exploiting public lands that are supposed to be protected, not erased and reconstructed into something else.”

Lisa Levinson, In Defense of Animals

SoCalGas has long had a giant gas storage facility deep underneath the wetlands. Critics have said the real motivation behind the plan is to bulldoze the wetlands to allow the fossil fuel industry to dig deep and do an upgrade to that aging facility. In fact, SoCalGas is doing massive amounts of work at the wetlands right now, sparking more protests.

Earlier this year, community members started a campaign called “Defend Ballona Wetlands” and put together a website to help people understand what appears to be a complicated topic, mostly because so many agencies have jurisdiction over this vulnerable mosaic of ecosystems. Click here to learn more and sign up for updates about the campaign.

More than 30 organizations are opposed to the bulldozing plan that many call a counterfeit “restoration.” Those hell-bent on bulldozing claim their opponents just want to “do nothing.”  Not true.

A Detailed 20-Point Plan to Restore Not Destroy

“We know some improvements need to be done at Ballona; that’s why we decided to set forth a specific plan that shows what can be done in a compassionate and gentle way. This is a protective way, not a harsh, hostile attack on this precious landscape we need to preserve” said Molly Basler, a Climate Reality Leader trained by Al Gore, and an activist who says bulldozing Ballona is the wrong way to go if the government is serious about addressing climate change.  To do that, we must preserve habitats not obliterate them.

Click here to download Option #4 – the Gentle Restoration. Read it from start to finish below. This new plan, which is laid out in its entirety below, shows how public access can be provided right now, without a massive, decade long excavation process. It also outlines the many ways that this precious habitat, home to 1,700 species of wildlife and plants, can be nurtured. Below is the news conference to announce the 20-Point Option #4 plan, which took place at the same time as protests erupted at the wetlands over ongoing SoCalGal work.

JaneUnChained has a standing invitation to SoCalGas to respond and dialogue.  Now, here is Option #4, the Gentle Restoration.

The Gentle Alternative for the Ballona Wetlands

The following is a List of Actions that can be taken on the Ballona Wetlands Ecological Reserve WITHOUT an EIR* or EIS, and with minimal effort to obtain Coastal Development Permits (CDPs) or Exemptions from the CA Coastal Commission.

The primary guiding principle is: no intrusive activities by mechanical means.

1. Form an Indigenous Tribal Council for Ballona – consisting of elders of the indigenous people for the LA coast, which would guide protection decisions for the land and which would be given access for historical lifeways activities, such as gathering for prayers and other spiritual/religious/sacred ceremonies, and gathering plants for medicinal and basketry purposes.

2. Open the Fiji Way public access trail that has already been improved, with thousands of dollars spent on amenities like bike racks, new gates, signage and sitting benches.

3. Improve and open walking trails on city-owned Cabora Dr. (with minimal improvements – such as directional & educational signage including apps/audio guides for sophisticated learning that informs the visitor of the history of the landscape and the flora & fauna that currently flourishes at Ballona.)

4. Fund and supervise a docent training program so docents are available for public interaction and instruction at newly-opened walking trails. Fund, create & distribute maps at Fisherman’s Village, in Del Rey and Playa del Rey, explaining to the public where entrance and parking locations exist for the BWER.

5. In cooperation with L.A. County, open the Ballona Creek South Levee for WALKING ONLY – with docents opening the gate from sunrise to sunset – and instructing people to stay on the trail; no running. No dogs (2 species of endangered birds are present in this area.)

6. While there are already 1,700 species present at Ballona, including some endangered & threatened, work with US Fish & Wildlife Service and CA Dept of Fish & Wildlife (CDFW) to form recovery teams to recover to this ecological reserve, the following species: Animals/Roadrunner, Jack Rabbit, California Quail, Horned Lizard, Garter Snake; Plants/Ballona Cinquefoil, Saltmarsh Bird’s Beak – AND to determine the feasibility of additional species that would be compatible with those species currently relying on BWER.

7. Install one or two Bald Eagle nesting platforms along the south levee of Ballona Creek, and devise a program similar to the successful one at Catalina Island, where high school students feed the young eagles as they are growing up in a new nest, after being brought – as eggs – from San Francisco Zoo. Recover the Eagle to Ballona.

8. Recover the Southern Sea Otter to Ballona. Baby Otters are taken care of at Monterey Aquarium after being lost from mothers during storms. Governor Newsom and County Supervisors Hahn and Mitchell could help in releasing young Otters at Ballona.

9. Design and oversee a project to recover the Snow Goose and Sandhill Crane ~ using Ultra-Lites to teach the young bird migration ~ as documented in the popular film: “Fly Away Home.” This is a method that has been repeated by the US Fish & Wildlife Service for recovering and teaching migration to Swans and Cranes.

10. Form a plant assessment team that determines which plants once native to the area are appropriate for re-introducing to the BWER (taking into account non-native plants and trees providing important habitat for native wildlife, such as non-native Eucalyptus trees providing roosting for imperiled Monarch Butterfly populations.) Then, carefully replant those natives deemed appropriate and monitor for impacts to wildlife and other important plant populations.

11. Establish a native plant and tree nursery for possible re-planting of species determined to be important in #10 above. Work with local schools to oversee this nursery. (Los Angeles Audubon Society runs a similar program for Baldwin Hills State Park nearby.)

12. Work with the LA County Public Works Dept. and US Army Corps of Engineers to consider placement of and construction of three overlook towers on the Ballona Creek levees – one each near Area C, Area A and Area B – providing views into and across the landscape of the BWER. Would be wheelchair & senior-citizen accessible.

13. Form a Stakeholders Group (SG) that includes representatives of organizations that have worked for Ballona’s protection, as well as neighborhood groups. CDFW and State Lands Commission (the two landowners) meets regularly with this stakeholders group to address management issues and concerns of members of the SG.

14. Lobby for and secure sufficient management funds for either state or federal rangers being present – and also adequate funds for maintenance, nature education, biological oversight and land management (which includes collaboration with other agencies).

16. Work with LA County Beaches & Harbors to remove shrubs along Fiji Way access to BWER, clear a walking trail for the public and line the area with native wildflowers that grow close to the ground and need minimal maintenance.

18. Form a committee to determine how to better use existing parking, shuttle service and entrances to BWER. (without constructing a three-story concrete parking lot on the Ecological Reserve.)

19. Form a youth ranger program to support government rangers in teaching respect and sustainability principles to all who interact with the Ballona Wetlands Ecological Reserve.

defendballonawetlands.org *Noted that the EIR & EIS describe Alternative #4 as including no additional public access – and no other changes at Ballona – but that is a management decision by the CA Dept of Fish & Wildlife (CDFW), not a reflection of whether or not such access and other gentle, non-intrusive, mindful actions can be undertaken without a full EIR or EIS process.

Veggie Soup From The Far East