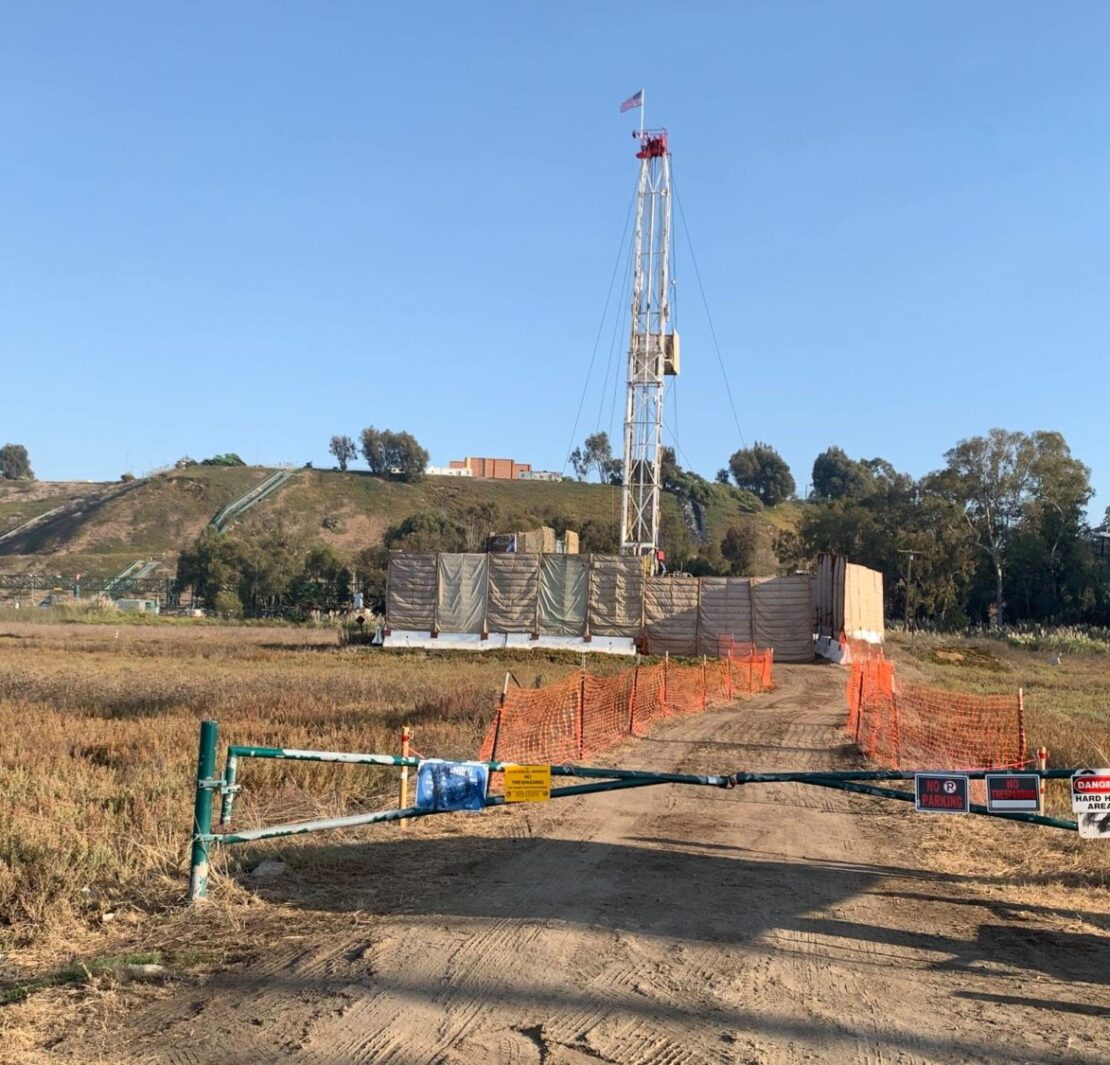 On Monday, October 5th, LA City Council candidate and climate activist Molly Basler was threatened with possible arrest as she stood on public property and aimed her cellphone camera at controversial work being done by SoCal Gas inside the Ballona Wetlands Ecological Reserve.

As Molly documented the SoCal Gas activity, five LAPD officers in three squad cars swooped onto the site in Playa del Rey, California. Police were called, reportedly by gas company representatives. Police said the claim was that Basler was trespassing. What she was doing was documenting what environmentalists describe as questionable industry activities at the wetlands, which is the subject of a tug of war over its future.  The story is making headlines.

Luckily for Molly Basler, Jane Unchained News was documenting the entire exchange LIVE because this network was hosting a live news conference about the Ballona Wetlands. So, hundreds of people, including journalists and community leaders, watched the whole incident. Critics say the fossil fuel industry is trying to intimidate critics of the unpopular plan to bulldoze over this 600+ acre ecological reserve, LA’s last coastal wetlands.  Watch for yourself!  Police arrive at about 39:20 into the video. At 51:05 more police have arrived.

Bulldozing the Wetlands is NOT a Nature-Based Solution!

LA’s last coastal wetlands, located in Playa Del Rey, is home to 1,700 species of wild animals and plants. Some are endangered, some are threatened, but all call the wetlands home.

There is rising outrage over the plan to bulldoze the Ballona Wetlands under the guise of it being a “restoration” project. This will obliterate the wildlife living there at a time when wildlife habitats across California are already being decimated by wildfires. In fact, just three days after Molly’s run-in, California Governor Gavin Newsom signed an Executive Order to combat the biodiversity crisis by calling for nature-based solutions. Bulldozing over wetlands and obliterating thousands of animals is the furthest thing from a nature-based solution.

Before the cops arrived Monday,  a security guard had approached Molly with his cellphone camera trained on her. He called her “a nuisance.” Critics say the fossil fuel industry acts like it own the wetlands, exhibiting an arrogance that flies in the face of the fact that the wetlands are owned by the people of California.

“Molly is on a public street, but she’s also adjacent to public land. This is a state ecological reserve. The state of California — we, the public — paid 140 million dollars for this land.” Marcia Hanscom, Ballona Institute founder

The activists who are fighting against this attempt to destroy Ballona Wetlands feel the public is uninformed and kept in the dark. Community leaders expressed surprise that work was being done given that final approval of the overall bulldozing project has not occurred. A lawsuit has also been filed by concerned citizens in an effort to stop the bulldozers from moving in. California Governor Gavin Newsom’s administration did approve nine permits through an agency that oversees oil & gas operations in the state. Critics claim that, in essence, these permits – in a piecemeal way – start the destruction that dozens of environmental, Democratic and community organizations are working to stop. Among the groups opposed to the bulldozing plans are the Sierra Club, the LA County Democratic Party, Food and Water Watch and In Defense of Animals.

A sign outside of the wetlands was recently put up by SoCal Gas. “SoCalGas supports Wetlands Preservation. Well Equipment removal in progress. This is not a drilling project,” the sign reads. We invite representatives from SoCal Gas on to respond further at any time.

“Right now it’s all going on with minimal approvals. These things we’re seeing right now through Molly’s eyes are going on without public knowledge. Without proper transparency.”  Lisa Levinson of In Defense of Animals.

Critics say the plan to bulldoze the wetlands is a contortion designed to achieve a secret agenda: upgrade the old gas infrastructure that exists underneath the reserve. But, in this time of environmental disaster, moving away from fossil fuels is more crucial than ever.

We are approaching the 5-year anniversary of the Aliso Canyon gas blowout, considered one of the worst environmental catastrophes in California’s history.

Critics say the gas infrastructure underneath the Ballona wetlands is aging and crumbling, posing the threat of a similar gas leak/blowout catastrophe there. So, the obvious choice would be to shut down the Ballona SoCalGas facility and permanently decommission it. Instead, the powers that be are pushing for a decade-long bulldozing project that will cost 270 million public dollars…. and allow parts of the gas operation to be relocated towards the nearby bluffs, ensuring its continuation.

When Gavin Newsom signed an order banning the sale of new gas powered cars by 2035, he showed his support for the climate movement. But, beyond that, he has also recognized the value of wild animals.

This is a David and Goliath battle. But, you can help! Sign this petition!

Go to DefendBallonaWetlands.org and subscribe to their newsletter. Call and email the people listed below and tell them to stop this destructive and unnecessary project that will displace thousands of endangered, threatened, and inherently valuable beings.

Vegan Milkshake With That Chai Kick