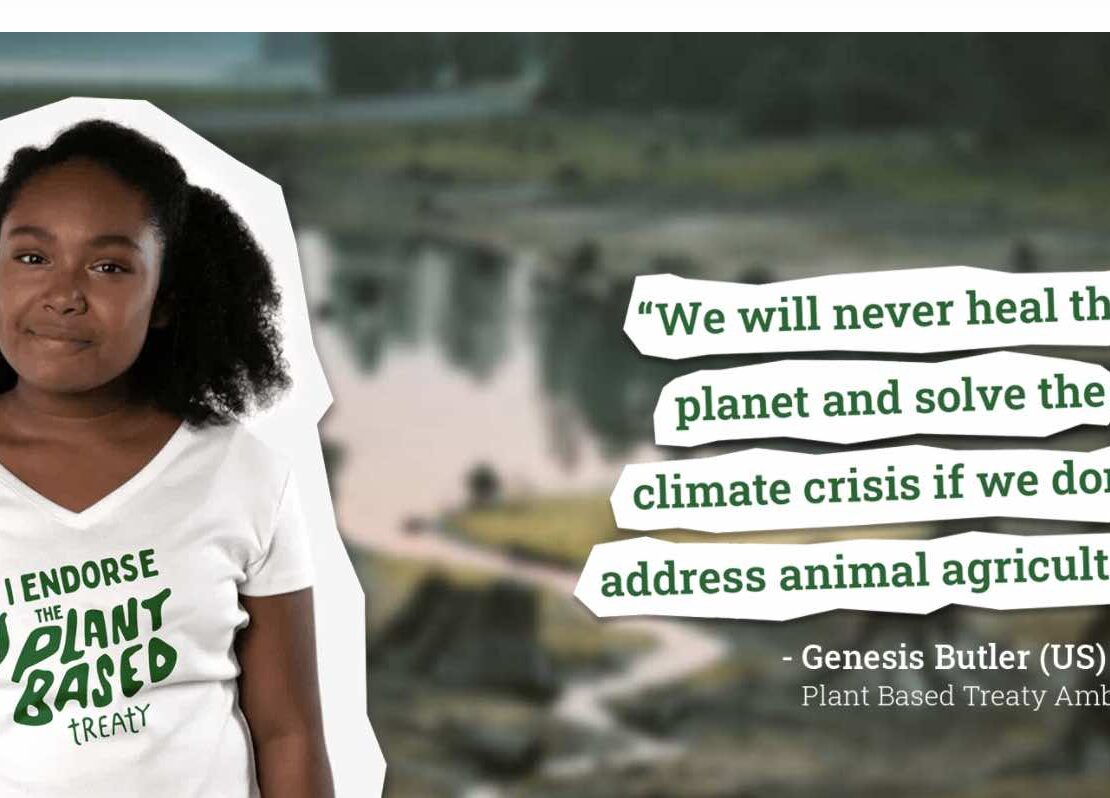 The Plant Based Treaty Launched on August 31st, 2021

People in cities around the world are hearing a brand new phrase that may well help the human race survive climate change! The Plant Based Treaty is modeled on the popular Fossil Fuel Treaty. Both are designed to address climate change. As you might guess, the Plant Based Treaty addresses the negative impact animal agriculture has on the climate. The Treaty aims to combat the release of methane and nitrous oxide, two extremely potent greenhouse gases that often get overlooked while the world focuses on carbon emissions. Animal agriculture is the prime driver of those two less understood climate poisons.

If a human being was dying from three poisons, would anyone suggest removing one poison but letting the person continue to die of the other two poisons? Of course not. But, that’s exactly what we are doing with climate change when we ignore animal agriculture’s methane and nitrous oxide problem.

A Global Launch to Address a Global Crisis!

The Plant Based Treaty was launched globally in dozens of cities around the world in the US, Canada, Asia, Latin America, and Europe.

The goal is to get millions of individuals, non-profits, corporations, and governments – local, state and federal – to endorse the treaty. You can also encourage your mayor, council members and Congress members to sign.

Just click here and – with one tap – send a letter to your Mayor and local representative urging them to endorse the treaty! Try it now!

Watch the LIVE VIDEO Below!

The 3Rs of The Plant Based Treaty!

On October 18, 2022, Los Angeles City Council unanimously endorsed the Plant Based Treaty in response to the climate emergency. Councilmember Paul Koretz introduced the resolution with Councilmember Marqueece Harris-Dawson on September 6. The decision was made just ahead of the annual C40 World Mayors Summit, which convenes October 19-21 in Buenos Aires, Argentina.

“LA is historically known to lead the nation in environmental trends,” said Jane Velez-Mitchell. “What happens in LA spreads to the rest of the world.”