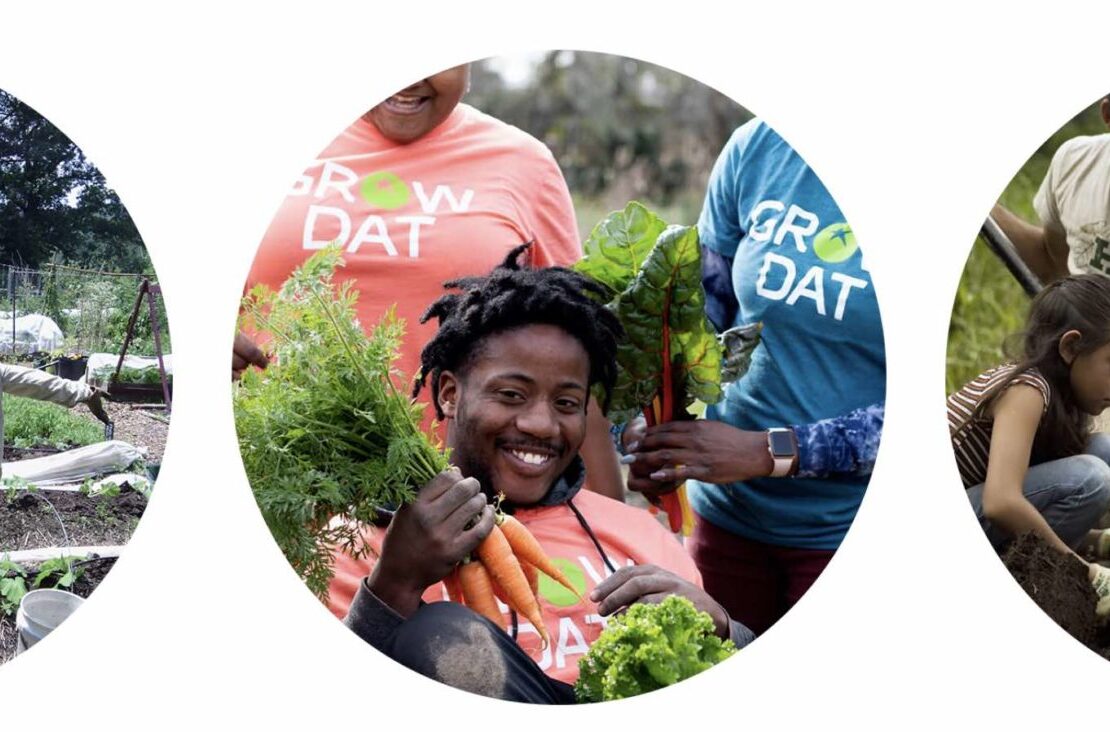 Compassionate Couple Gives Away One Million Dollars for Vegan Food

Humanity is barreling toward a climate apocalypse and someone must stop it. Moving our food system away from animals to plants is one of the most important steps we can take to avoid this dystopian future.

For consumers to switch en masse to plant-based food, it first has to be available to them… and affordable.  However, especially around marginalized communities, food deserts make it almost impossible to avoid meat and dairy-laden fast food and obtain healthful fruits, vegetables, nuts, grains, and legumes.

Enter the dynamic husband and wife team of  Julie Farkas and Seth Goldman. The Maryland couple is giving away more than one million dollars to encourage vegan food options, especially in communities of color!  They are funding people who are on the ground producing, promoting, and distributing healthy plant-based foods to those living in areas lacking farmers’ markets, cooperatives, health food stores, and other places where you can get your hands on nutrient-packed vegan food.

Julie Farkas and Seth Goldman run Eat The Change Impact. It’s the philanthropic partner of Eat The Change, a plant-based snack company known for its mushroom jerky. Their organization is awarding $1.25 million over three years to national and local nonprofits. They will be giving away more than half a million dollars in 2021 alone.

Sharing the Profits Made with Vegan Food

Seth has been involved in building a vegan world one step at a time for many years. He is the co-founder of Eat the Change, PLNT Burger, and  Honest Tea and the chair of the board of Beyond Meat.

Seth explains why they decided to give away one million dollars for vegan food:

“When we look at all the signals, we are in a crisis mode from a planetary perspective. And we certainly want to be able to say: ‘what are you going to do in order to address it?’

“And I want our children and grandchildren to be able to do the same. We’ve got to take action. We cannot be passersby as the ship is going down. We want to do everything we can.

“We’ve got a restaurant chain called PLNT Burger. We’ve got a brand called ‘Eat The Change,’ which sells planet-friendly snacks. Then, of course, there are the ‘Eat The Change Impact’ grants where we find amazing entrepreneurs doing work directly in their community to address it as well.”

Can you imagine how much the vegan cause would advance if each successful plant-based business started sharing some of its profits with vegan community projects?

“We are trying to make sure that every community has access to healthy food because it doesn’t have to be an economic privilege. It’s more about information and access.” – Seth Goldman, Eat The Change Impact

Who Can Get Grants from Eat The Change Impact?

Julie’s professional background is equally impressive. It began at the Enterprise Foundation where she helped launch a national network of employment programs in low-income communities.  Julie also works as Chief Strategic Growth Officer at the Urban Alliance. Before that, she was Senior Program Officer at the Consumer Health Foundation, where she managed strategic grants for 12 years.

More than 100 nonprofits from across the nation that are democratizing access to climate-friendly foods have applied for ETC Impact grants. Click here for a list of some of the recipients. Julie told Jane who can get it:

“Any nonprofit organization that does the work and has a fiscal sponsor can apply for the grants when we set up (the next round of grants) next spring (2022). Some of the work is very specifically with people who are doing very focused work on plant-based food. But we also fund groups that may not be what I call ‘vegan’ organizations. They can be organizations working on issues of food justice, bringing more plant-based food to communities, or educating about plant-based food.

“A fiscal sponsor is a nonprofit you can approach if you haven’t gone to the trouble of building one. Sometimes it’s not valuable to create your own nonprofit. Sometimes it is.

“We really want to support organizations that are bringing more plant-based options to people, bringing greater access to healthy food in their communities and are really democratizing and educating everyone about eating more plant-based.” – Julie Farkas, Eat The Change Impact

Meet Some of the Grant Winners!

ETC Impacts has given grants from $10,000 to $25,000 to both national and local organizations. Julie explains how many:

“This year we’ve got about 140 applications and it’s always a very tough process. We funded 36 organizations. It feels so privileged to be able to do this and to support this incredible work.

“One of the very exciting projects we funded this year is also in Washington DC, in Ward 8. It’s traditionally one of the most challenging communities in terms of food access. They’re going to essentially be building a farm in this park. It’s called The Well. There will also be a market there.”

“We need more plant-based options on menus, period. That’s the end of the story. I’m tired of going to restaurants and the only thing I have is salads and French fries as options. And that’s what we are doing with Maryland Vegan Restaurant Week. We have over 40 participants right now.

Vegan nutritionist, bestselling author and By Any Greens Necessary founder Tracye McQuirter was one of the first recipients of the grant. She surpassed her goal of helping 10,000 Black women go vegan in 2020. Some of the other organizations that got grants are: AfriThrive, Animal Protection of New Mexico, DCGreens, Eat Real, Green Bronx Machine, Harlem Grown, SÜPRSEED, Keep Growing Detroit, and PlantPure Communities.

Are We Really Making a Difference?

Giving away one million dollars for vegan food will help many vegans and food justice entrepreneurs and nonprofits. This means more vegan options in restaurants, and more people producing plant-based food. However, unfortunately, the consumption of meat in the world is continuing to increase. Jane asked Seth whether we are making a real change, or not yet:

“We live in what may be a real change about what humans think of meat. For thousands of years we thought of meat as protein from an animal. Today we think about meat and it could be protein from a plant as well. And the plant-based options start to be more nutritious, better for the environment, and soon will be cheaper in price. Then, you will start seeing people saying: ‘wait a minute, why do we need this animal meat?”

“It takes retailers prioritizing, and that has happened. It takes restaurants embracing those options and that’s starting to happen now too. And, of course, it takes consumers adopting that behavior, and that’s happening as well.” – Seth Goldman, Eat The Change Impact