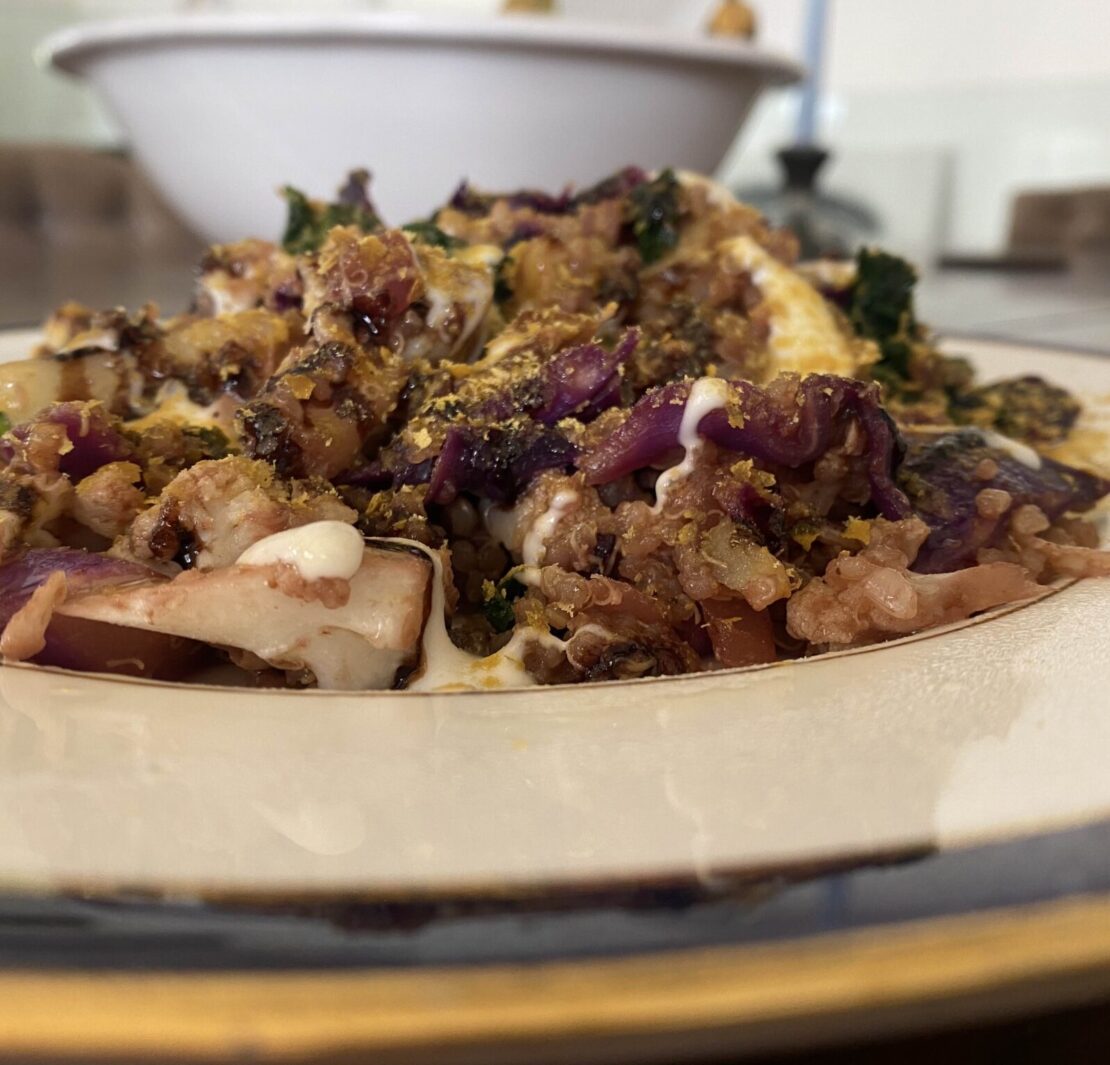 Veggie Stir Fry Made From What’s In Your Fridge!

Get your saucy veggie stir fry on with Jane Velez-Mitchell in the kitchen! She whips up her favorite “Any Veggies in the Fridge Dish” for us on #LunchBreakLIVE! Founder of UNCHAINEDTV, Jane is an award-winning journalist, New York Times bestselling author & director of the award-winning film Countdown to Year Zero! Watch it today on UNCHAINEDTV, our new FREE vegan, streaming television network you can easily download as an APP on your iPhone, Android phone, or on your television via Roku device, Amazon Fire Stick, or Apple TV device or LG Smart TV! Hundreds of movies, cooking shows, and talk shows! Download it now.

Let’s go ahead and watch Jane get saucy in the kitchen, making her favorite go-to meal for us…

SHE IS A TRUE DEDICATED VEGAN, CHANGING THE WORLD FOR THE BETTER

Jane Velez-Mitchell is the Founder of JaneUnChained News Network and UnChainedTV, a 501 c3 nonprofit organization.  JaneUnChained is a digital news network for animal rights and the vegan lifestyle, which has more than 60 volunteer contributors from around the world who showcase vegan festivals, animal rights conferences, protests, vegan restaurants, and more.  UnChained TV is a FREE TV streaming network with cooking shows, documentaries, talk shows, music, and so much more.  All plant-based and vegan-related.

Jane is an incredible journalist with a passion to spread the ongoing, growing vegan and animal rights news, locally and around the world.  But when she is not reporting, she is often experimenting in her kitchen, creating all sorts of unusual and tasty vegan eats.

What Will You Toss In Your Veggie Stir Fry?

You ever have those days where you open the fridge and just can’t figure out what to make?  You have a variety of veggies but can’t decide which one you want?  How about chopping them all up and throwing them into a delicious, simple, and quick veggie stir fry.  Jane had some cabbage, kale, cauliflower, quinoa and rice mix, and even a little potato to throw in her pan, among other things.  Top it with the sauce of your choice, or copy Jane and simply use some vegan ranch, nutritional yeast, and a bit of balsamic vinegar.  Whatever dressing you choose, it will be delicious. 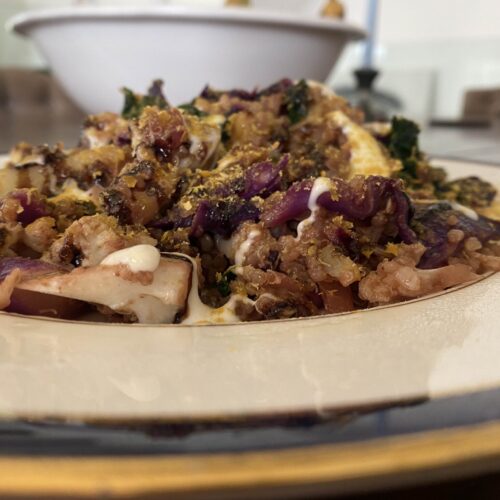 Whatever Veggies You Have in the Fridge Stir Fry!

A quick and simple veggie stir fry. Use whatever you have in the fridge!
Print Recipe Pin Recipe
Course Dinner, Lunch
Cuisine American

Thanks For Joining Us On #LunchBreakLIVE

It’s easy to cook up a healthy and rewarding veggie stir fry, take it from Jane!  Give her recipe a try and let us know how you liked it.  Take a photo of your finished dish and tag @UnChainedTV on Instagram.  Looking for other easy plant-based recipes to cook up?  Hop on over to the #LunchBreakLIVE page, where we have a ton to choose from.  Until next time…keep cookin’!

Onion Pancakes Are A Thing, And They Are Yummy!