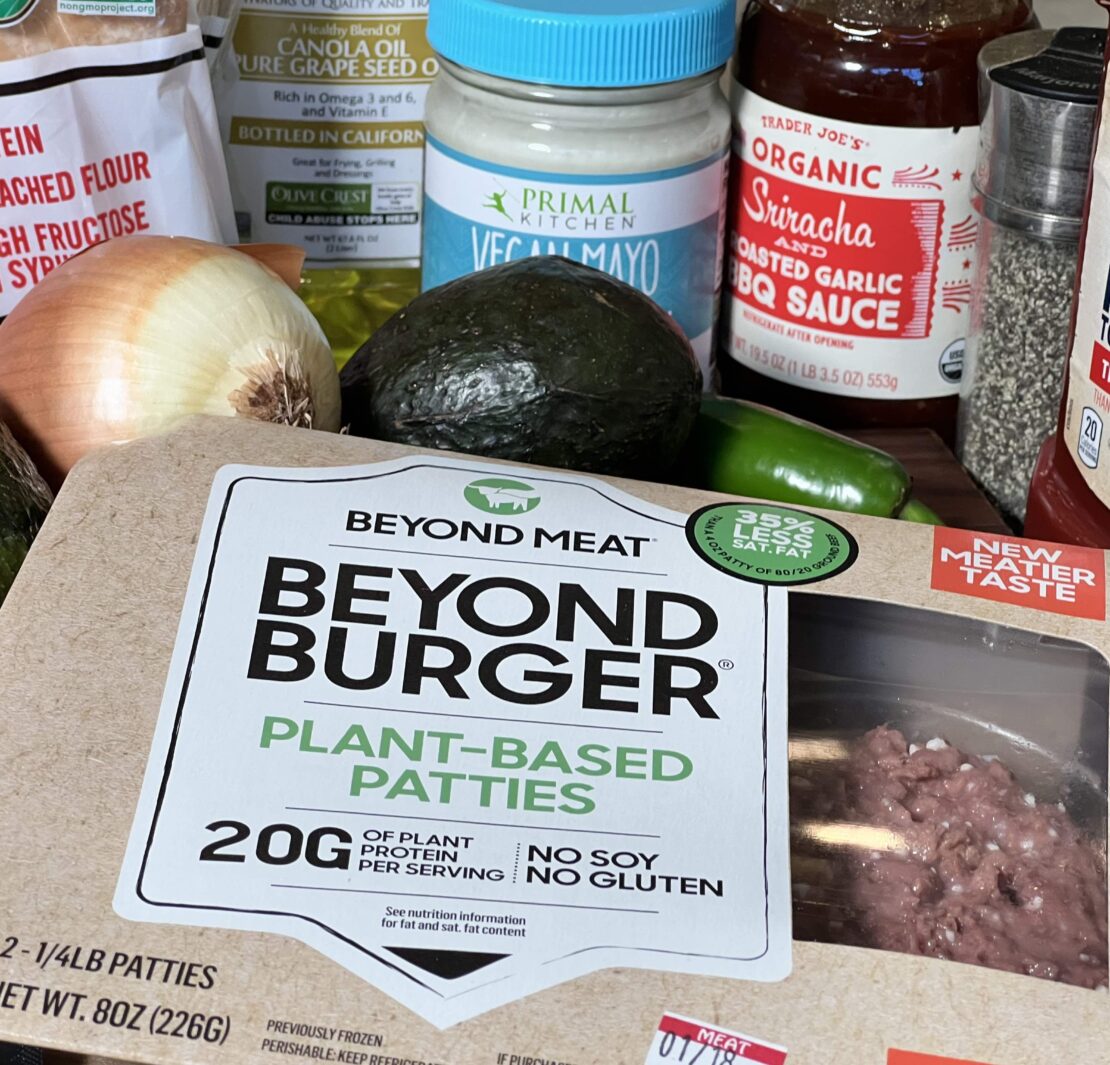 Who says you can’t have a juicy burger cause you’re vegan?  Today we have a tasty vegan bacon burger, made with Beyond Meat. It’s a take on the western bacon burger, only better.  Guest chef  Alex Tello, a Filmmaker who directed “Furthest From the Wild”, joins us in the kitchen, making one of his favorite high protein, cruelty-free meals.   He is joined by Lindsey Baker, host of today’s show.  Let’s take a look at how to throw together this tasty lunch…

Our Guest Chef:  A Man Of Many Talents

Alex Tello was born and raised in Venice Beach, California. As a young boy, he was fascinated with music and films. By the time he was in high school, he knew that he wanted to be an actor and began to take drama classes. He wanted to advance his skills and his parents enrolled him in an acting school in Santa Monica. It was one of the best experiences of his life!

After graduating high school, he attended Santa Monica College majoring in theater. After a year, Alex decided that he wanted to learn more about the technical side of music and post-production. He then left SMC and enrolled in a tech school in North Hollywood for sound engineering and video post-production. After graduating, Alex was placed at Technicolor and learned so much about post-production and filmmaking. About 5 years into his career he decided to create his own films with his brother and co-workers.

His first short film, The Mustard Stain, went on to travel to many film festivals for 2 years.

This 15 minute short gave him the confidence to continue making films and led him to mesh his two passions together, animals and film. Alex began to shoot his first feature film, Furthest From the Wild, a documentary about animal sanctuaries all over the US.

After a few years of traveling, editing, and fundraising he finished the film and it was received with great reviews and numerous nominations and awards. In 2014, it was picked up for nationwide distribution by Vision Films. Alex soon began the spin-off tv series of the film and was lucky enough to get funded for 3 episodes. The TV Series has been on the film festival circuit and has received multiple nominations and awards. His goal is to share the show on a larger platform so everyone can see what really goes on in the world of animal trading and rescues.

Have You Had A Vegan Bacon Burger?

It is so easy to eat a burger these days, as a vegan.  The choices for plant-based burgers in supermarkets are endless in 2022.  Beyond Meat is a popular and delicious choice, and most non-vegans probably wouldn’t even know it was plant-based unless you told them.  The juiciness and texture, taste, and coloring mimic meat perfectly, so it is a great choice for people transitioning to a plant-based lifestyle.  Or it’s a great choice for those long-time vegans who just want a treat now and again.  Alex made his hamburger into a western bacon burger by adding Benevolent Hickory & Sage Vegan Bacon, also plant-based, and BBQ sauce.   So much yum.

Nothing Like A Juicy Vegan Bacon Burger For Lunch!

Sometimes you just want a burger, so go ahead and have one, and don’t feel bad about it because there is no cruelty involved in our plant-based option!  If you make this western bacon masterpiece, be sure to take a photo and tag @UnChained_TV on Instagram.  Looking for other easy plant-based recipes to try?  Hop on over to the #LunchBreakLIVE page, where we have a ton to choose from.  Until next time…keep cookin’! 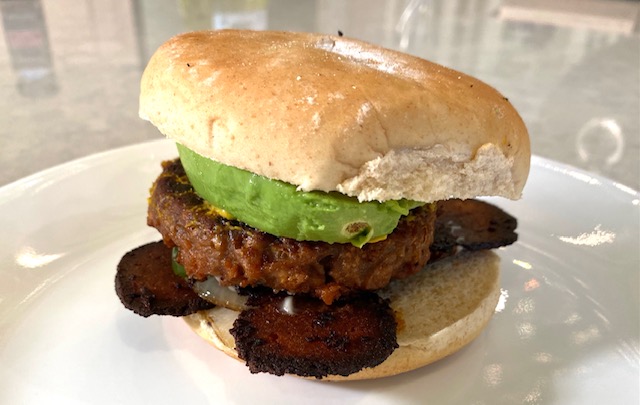 Don't think you can't have a delicious burger just cause you are vegan. This beyond meat bacon burger will blow your mind.
Print Recipe Pin Recipe
Course Dinner, Lunch
Cuisine American

Keyword vegan, vegan beef, vegan burger
Tried this recipe?Let us know how it was!