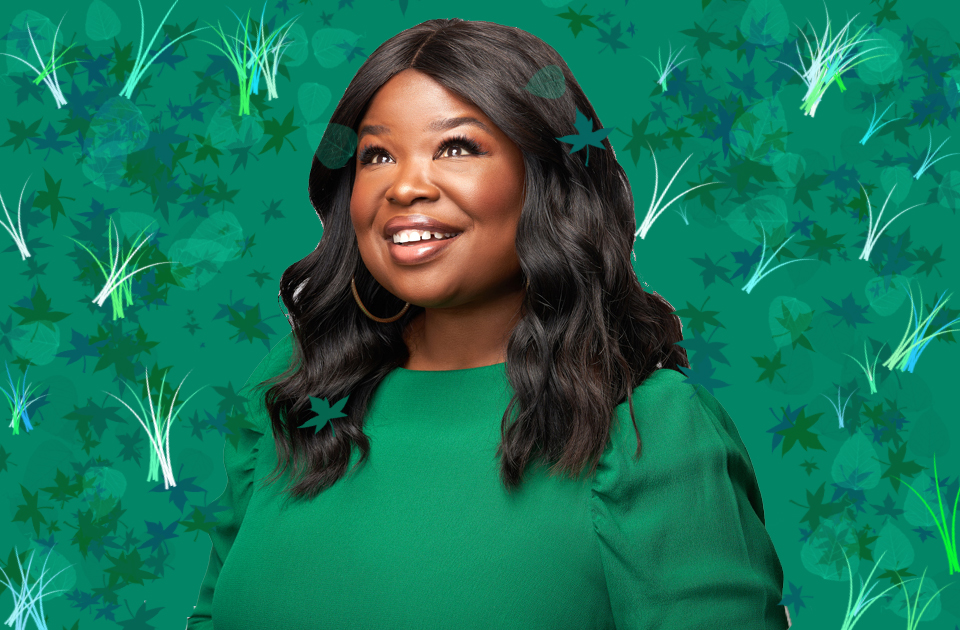 Angela Yvonne, the creator of the brand Vegan Pop Eats, is helping people to become vegan and move to the greenside

London, England, December 24th, 6 am – There is the greenside, where people eat plants, get healthier, lower their carbon footprint and reduce animal suffering.  Angela Yvonnne believes that, for everyone’s sake, all humans should eventually move to the greenside. So, she’s using her charm, humor and powers of persuasion to gently lure people to the greenside.

Through her vegan brand Vegan Pop Eats, this pop culture journalist has become The Concierge to The Greenside! She focuses on the fun side of veganism to convince people to make the switch. She has her own VeganPopEats Channel on UnchainedTV where she works her magic. Yvonne claims to have an almost 100% conversion rate. What’s her secret?  UnchainedTV’s Jane Velez-Mitchell got the answer in this entertaining conversation you can watch below.

Angela Yvonne is a multifaceted entrepreneur who believes in living unconventionally and with authenticity. Born in the U.S. territory of Guam, in Micronesia, she moved stateside and graduated from the University of North Carolina at Pembroke with a double Bachelor of Science in Broadcasting and Public Relations. Then, she became a successful publicist working with several luxury brands. Then, she moved to Brooklyn, New York. She explains what happened there: “I’ve now been here for seven years. When I first moved here, I was just a vegetarian. Cheese had me in a chokehold, but I had given up meat.  I was also trying to figure out my way in broadcast journalism because I’ve always been a great storyteller. Pop culture is my thing. I’m fluent in pop culture and I’m fluent in red carpet. So, I did what most people do when they move here. I did a lot of free stuff.”

What better place to transition to a plant-based diet than the vegan mecca of Brooklyn. Yvonne soon kicked cheese, embraced veganism as a complete lifestyle, and found her calling. She explains, “When I crossed over to the greenside, I was trying to find a support system that would talk about veganism. But, I didn’t want to talk about veganism the way most people do, because most people think that veganism is whitewashed, or that it’s very strict. Some of us crossover to be vegans because of health, some because of the environment, and some because of animals. I was crossing over because of health because my mother had breast cancer.”

Vegan Pop Eats is changing the perception of veganism through conversation, cuisine and conscious living.  Yvonne’s goal is to show “how dope it is on the greenside” and meet people where they are in their journey. She explains more: “If the problem is me eating meat, I need a solution. I need something that’s going to make me feel I’m not missing out. And that’s how Vegan Pop Eats came about. I just want to show people that we eat very well over here on the greenside. We live in abundance. It’s just animal free. We’re not hurting anybody. As a matter of fact, we are helping ourselves — and by helping ourselves, we’re helping the planet.”

Yvonne believes inspiring people to try veganism  boils down to effective communication.   Yvonne says, “I find that people don’t want to hear the negative part of it. They want to hear the good of it. So, I just show them how good the food is.”

“You have to work on what people will be attracted to. What is their language, their love language?” — Angela Yvonne, founder of Vegan Pop Eats.

The long-running, international bestseller, The 5 Love Languages, by Dr. Gary Chapman, is based on the premise that you should learn to speak to your lover in their love language, not just yours. The 5 love languages are popularly known to be: touch, service, words, time and gift. So, if you are convincing a non-vegan whose love language is “service” to try vegan, perhaps doing the grocery shopping and whipping up an elaborate, gourmet, vegan meal would be effective. For someone whose love language is gift, perhaps a gift basket of sumptuous vegan treats would work. You get the idea.

Yvonne’s methods are subtle and gentle. She does not want to push anyone away, and she accepts any progress, no matter how small. She adds, “Even if you just are giving up meat on Mondays, that’s good for me. Once you understand and see the different ways that you can feed your family, you are going to say: ‘okay, let me see how Tuesday is going to be.’ And then, ‘let me see Wednesday; let me see Thursday.’ And next thing you know, a whole week is done.”

“I don’t care how you get over here. I just want you over here because I know that it’s very beneficial for you.” — Angela Yvonne, founder of Vegan Pop Eats