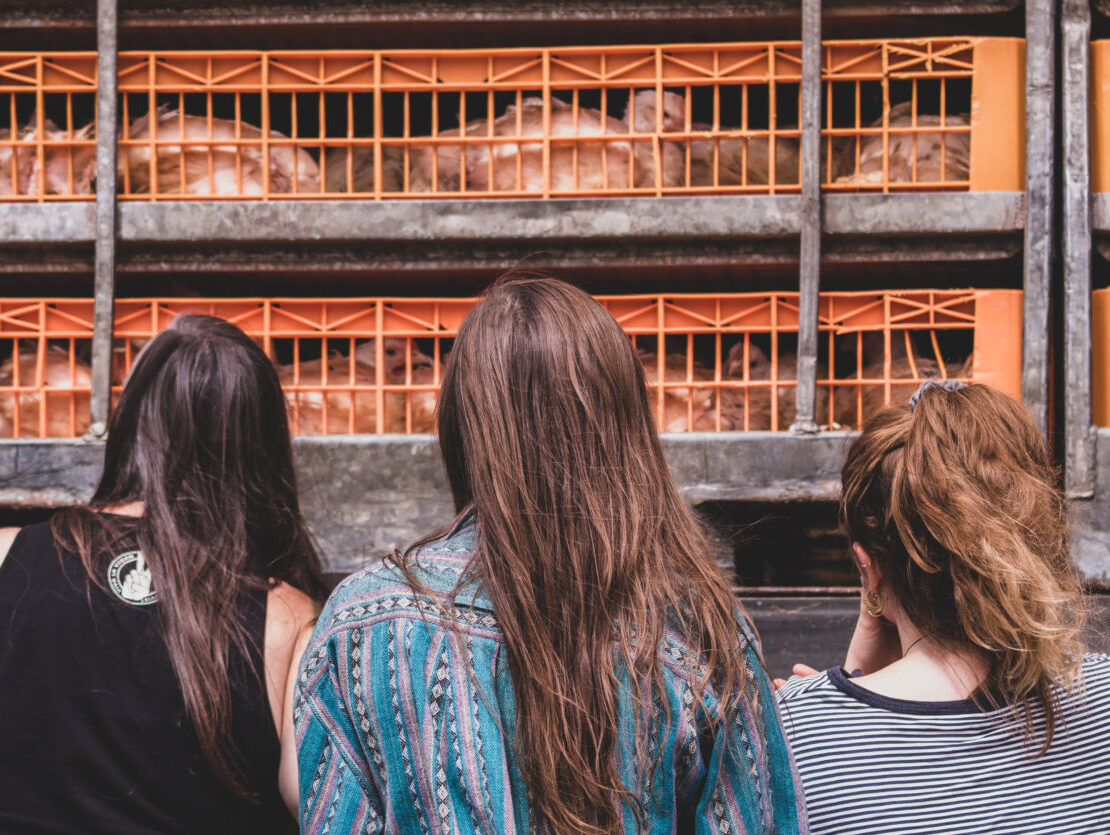 THE ANIMAL SAVE MOVEMENT MARKS A DECADE OF…

For several years, I was an undercover investigator on animal abuse cases, so I know well how it feels to be at ground zero. While documenting abuse, you see the animals. They clearly notice you. But, you are powerless to rescue those particular individuals. It’s tough. It is so difficult to bear the silent frustration and the guilt experienced at these events. It’s hard to shake off the shame of witnessing the cruelty our human species is capable of inflicting on other sentient beings. I guess this is why they call it bearing witness. Because it feels heavy on your soul.

Thankfully, we don’t need to carry this burden alone. When you bear witness with others, collectively and systematically, something powerful emerges. Something called the Animal Save Movement. Now, that movement enters its second decade.

A PROMISE TO A PIG

I recently interviewed Anita Krajnc, via Zoom. I’m based in London and she is in Toronto. Anita founded this organization in 2010 after deciding to do something about this burden.  Every day, as she walked her beloved dog by the trucks packed with pigs on their way to a Toronto slaughterhouse, the weight got heavier. Anita told me: “When I saw the pigs looking out of the truck, I knew that everyone should see it. These trucks happen, and people don’t notice. The pigs notice. The pigs are looking out. They are looking for attention. They are saying ‘help!’ It’s almost as if they don’t exist.”

Anita promised one of these pigs that she would organize vigils for them at least three times a week. She followed through. In these vigils, people approach the trucks and witness the final moments of these pigs’ lives before they enter the building where they are mercilessly executed. Those bearing witness offer the doomed pigs love, kind words, and water. Since then, activists have organized thousands of Animal Vigils all over the world. “We politicized the slaughterhouses and the animals in the trucks,” says Anita, adding…

“WE APPLIED THREE STRATEGIES: BEARING WITNESS, LOVE-BASED COMMUNITY ORGANIZING (WHERE EVERYONE NEEDS TO BE A WITNESS) AND VEGAN OUTREACH.”

GETTING CLOSER TO THE VICTIMS

Anita, who has studied social movements and holds a Ph.D. in Political Science from the University of Toronto, often passionately mentions the Russian writer Leo Tolstoy as one of her inspirations. He defined the moral duty to bear witness as: “When the suffering of another creature causes you to feel pain… come closer, as close as you can to him who suffers, and try to help him.”

The writer and academic Alex Lockwood published a paper about these vigils. He says: “Bearing witness is about being present at conflicts where the truth of a situation requires people to be present, to hold power to account. (…) Collective witnessing is perhaps about being seen to be witnessing – seen by the animals, by the passers-by, and by other activists who support and validate the witnessing.”

She said her intention, from the beginning, was to create a mass movement, and I think she has achieved that. In 2019 there were more than 4,000 vigils organized by 1,000 chapters in all six continents. “For the first five years we grew from one group to 35, and then the next five years we grew from 35 to 1,000.”  This jump happened because of conscious organizing after the publicity generated by the court case where prosecutors charged Anita for having given water to some of the pigs. In the end, the judge acquitted her.

The current COVID-19 pandemic has affected animal protection. However, the Save Movement has used this time to consolidate themselves and strengthen their structure to be in a much better position for growth. James O’Toole, Director of Communications of the organization, was also in the Zoom meeting and said: “We are trying to find innovative ways to keep doing activism. We had a lot of online campaigns. We did a Coronavirus Confinement Challenge in which we tried to highlight that ‘lockdown’ is the entire lives of most animals.”

One of the most important campaigns of Animal Save is attempting to stop new slaughterhouses from being built. They are currently focusing on one planned at the site of the closed down Ryding Regency Slaughterhouse in Toronto. They had also targeted this now-closed facility, which was reportedly shut down in 2019 for E.coli violations.

A campaign has started to gather support to prevent its replacement. James insists they have obtained horrific footage of animal cruelty at this location and are fighting the attempt of this facility “to open under a new name.”

WE ARE ALL RESPONSIBLE

The author Umair Haque wrote “I think that our first and truest responsibility is to bear witness. Only that. Nothing more. Certainly, there is more to be done. The work of opposition to the forces of hatred. The work of reconstruction and reimagination and renovation of a world that appears to be simply falling apart. But not every heart can bear those great and terrible burdens. The burden we must bear, though, each and every one of us, is to bear witness.”

I totally agree, and this renovation is the creation of the vegan world. It begins with the look. As Anita puts it…