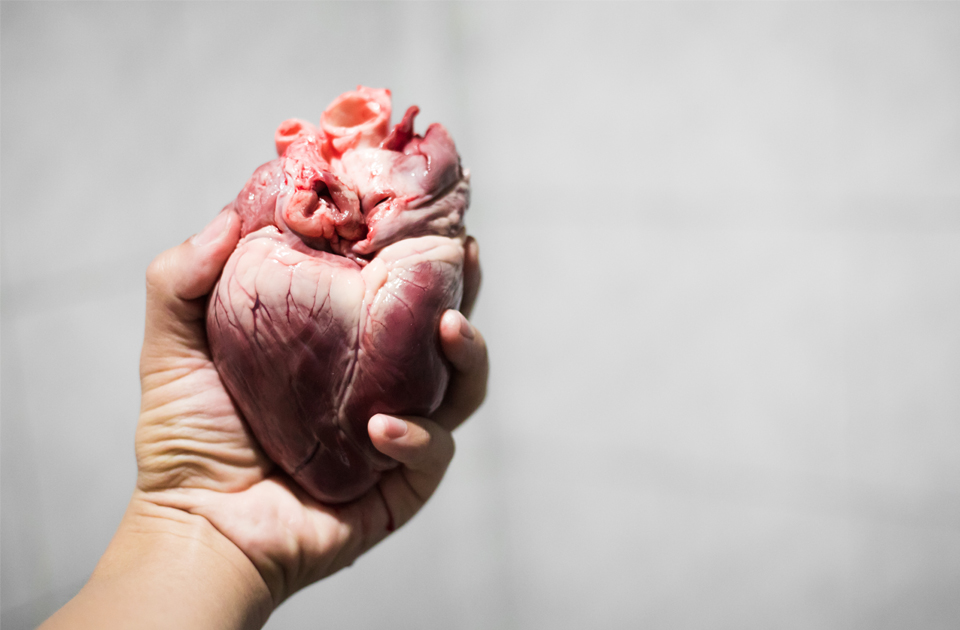 In the fall of 2021, surgeons from New York University’s Langone Health connected a genetically modified pig kidney to the blood vessels of a brain-dead patient for 54 hours. Then, in January of 2022, surgeons at the University of Alabama at Birmingham reported they had transplanted kidneys from a pig into the abdomen of a different brain-dead man. Also in January of 2022, surgeons at the University of Maryland transplanted  a heart from a pig into a patient with severe heart disease.  That surgery made headlines. And, when that patient died a couple of months later, in March of 2022, his death also made headlines.

The rise of animal transplant experiments has raised the concerns of the animal rights organization PETA. In the past, it had launched a complaint about the treatment of animals involved in one xenotransplantation research project. Jane Velez-Mitchell spoke with Kathy Guillermo, senior vice president of PETA’s Laboratory Investigations Department, about this issue. She leads the organization’s work to end the use of animals in experiments. Her many victories include shutting down a monkey-breeding facility in Puerto Rico. She also exposed animal abuse at a North Carolina product-testing laboratory. Guillermo is also the author of the 1993 book, Monkey Business: The Disturbing Case That Launched the Animal Rights Movement. Regarding the latest experiments, she said the following:

“We keep seeing this kind of Frankenstein science. It got a boost in the headlines recently when a pig heart was transplanted into a human heart patient. And we want to remind people that these are unethical. The science is not all that great, and, frankly, pandemic wise, they’re really dangerous.”

You can watch the entire conversation in this video:

In 2020, PETA filed a federal complaint about the treatment of monkeys at the University of Alabama Birmingham transplant lab. These are animal transplant experiments preceding the ones reported in a recent New York Times article. Guillermo explains more:

“We’ve had complaints from a number of facilities where these experiments involving animals are done. And the one that was highlighted in the New York Times is a different facility from where we received video and photographs. Same experiments. Same kind of stuff that we’re talking about. And the experiments involved in these facilities are taking kidneys, or hearts, or some organ from — most often a pig — and transplanting into baboons. It’s the sort of ‘the practice’ experiments before they do this with humans. What we found out at the University of Alabama, we had a whistleblower who let us know that there were issues there involving the care of the animals.”

PETA’s website alleges that, “In one astonishing case, staff used Woolite laundry detergent on the open, hemorrhaging surgical wound of a baboon named Laja. A pig kidney had been transplanted into Laja in January 2019.” PETA also alleged that Laja showed signs of extreme psychological distress and was ultimately killed.

UAB spokesman Bob Shepard claimed to AL news that PETA’s allegations of mistreatment were false, but he also acknowledged several issues at the lab were self-reported by UAB to the USDA and NIH in 2019. Shepard said, “This was investigated and self-reported to the USDA, as well as National Institutes of Health Office of Laboratory Animal Welfare which confirmed we took appropriate corrective action to ensure proper procedures in the lab.”

PETA says it is continuing to seek answers in the case involving the transplant lab and the whistleblower and is not satisfied with the response of the university or the U.S. government. We invite any universities, institutions, corporations, or government agencies that want to comment on this to come on at any time.

What Is Wrong with Animal Transplant Experiments?

Guillermo spells out the arguments that PETA has against animal transplant experiments:

“First of all, it’s unethical and I always start from that perspective. The reason we don’t grab someone off the street and steal a kidney or a heart is that it would be unethical and unacceptable. For me, that’s the same thing as grabbing an animal and harvesting that animal as though it’s some kind of tool shed that we need to raid for human use.

“The other issue that should concern everybody is that we cannot ensure that these organs are free of viruses. At a time when we’re still trying to come out of a pandemic, this should really worry everybody. Even in the case of the heart transplant with genetically modified pigs, where they’ve used CRISPR gene editing to excise virus genes, that organ still has the potential to become infected with the virus and that has the potential to be extremely dangerous. That’s not just for the person with the organ but for all of us. So, a person who has a pig heart, for example, as far as they know, whatever viruses they could identify — and who knows if they even identify them all — have been edited out. But if that person is exposed to a virus, breathes it in, is infected, that’s how diseases begin.

“To talk about such procedures as though they were anything other than cruel — to animals and to humans waiting for organs — perpetuates the myth that xenotransplantation will ever be practical.” – Kathy Guillermo, PETA’s senior vice president

It’s obvious that transplants from human to human are the most likely to be successful. But, there’s a shortage of human organ donors and thousands of people on waiting lists. Guillermo says the common sense solution  staring us in the face is much more likely to save the most human lives.

“If we want to look at how we could actually save human lives… we haven’t done all we could because we don’t have presumed consent laws. If we had a law that stated it is presumed upon death, your organs are to be donated unless you specify otherwise, we could increase by a huge amount the number of organs available to be transplanted into human beings. We’ve seen Spain do this, and France do this, and exponentially, their numbers of organs available have risen. We need an opt-out program rather than an opt-in program.

“Imagine if we took all of the money poured right now into these highly controversial, risky experiments, and we put that money towards something else, like passing legislation. That would be a much better way of dealing with this problem.” – Kathy Guillermo, PETA’s senior vice president

It’s Not Only Transplant Experiments

There are many other types of vivisection experiments taking place in private and publicly funded institutions that cause enormous animal suffering. Guillermo says the results show animal experiments are ineffective.

“Here’s what we know. 95% of new drugs that test safe and effective in animal studies go on to fail in human beings. 90% of all basic research using animals — and this is the kind of stuff that our government funds — fails to lead to treatments for humans. We’re seeing an utter failure of the so-called animal model to lead to cures for human disease and illnesses.”

“We have other ways now.  PETA has put together a plan we call the Research Modernization Deal. Our scientists wrote it, and it shows the way. It lays out the case for the failure of animal studies. It gives a very clear strategy for moving forward. And I’m really happy to say that members of the European Parliament  reviewed our Research Modernization Deal. And, they voted to direct the European Commission to come with a plan to phase out all uses of animals in experiments. This is what we need the United States government to do too. We do have some members of Congress now who’ve just recently sent a letter to the National Institutes of Health and said ‘you have to look at the strategy of this Research Modernization Deal and you must implement it’.”

Despite what she sees as the horror and danger of animal to human transplants, Guillermo remains hopeful that, over the long run, animal experimentation will end up in the dust bin of history.