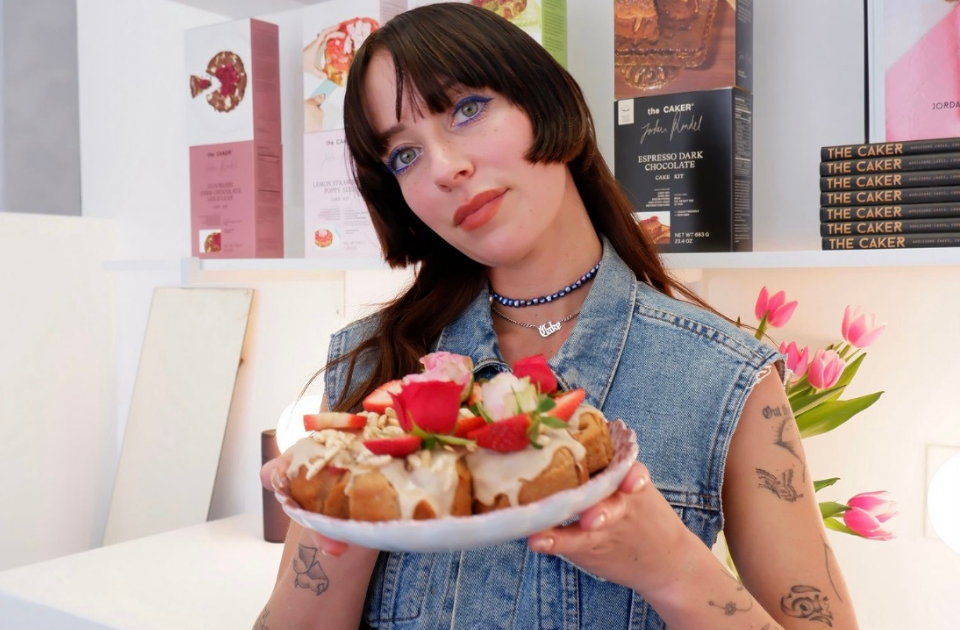 Horchata Vegan Mini Cakes For All

Tasty Horchata vegan mini cakes on today’s #LunchBreakLIVE! We have a brilliant guest baker, Jordan Rondel, creator of The Caker, with us today, showing us how to make this fabulous dessert! We are lucky to have her mixing up her magic in the kitchen for us.  I can’t wait to learn how to make these cute and delicious mini cakes!  Let’s see how it’s done…

Making Magic In The Form Of Cakes!

Jordan first experienced the elation of baking as a young girl visiting her grandparents in Paris. That joy of transforming carefully selected ingredients into a miraculously satisfying whole never left her, and as she grew up, the kitchen became her domain.

In 2010 in Auckland, New Zealand, she made a life-changing decision and founded The Caker. Her strong sense of self and style of her own immediately set her apart in her arena. She became a public figure, transcending not only the culinary space but also the world of entrepreneurship, fashion, and beauty. The made-to-order cakes (the couture), Jordan’s recipe books, and luxury cake kits (the ready-to-wear) started to gain an international cult following. This success propelled The Caker towards the USA in 2019. The Cake, with Jordan at the center of it, is in essence a lifestyle brand and a media company, with limitless potential.

Jordon loves taking the concepts of traditional desserts or drinks and transforming them into a cake. Horchata is a rice milk drink that is sweet, cinnamon-like, and incredibly delicious…so of course, she made Horchata into a cake!  And a damn good one at that.  Today we learned how to make little mini Horchata cakes which are great for bite-size little treats when that sweet tooth takes you by surprise.  The incredibly talented and fashionable Jordon made making these little bites of heaven look so simple…but are they that easy to make?  YES!  The process is not that difficult, so go ahead and give the recipe a try! 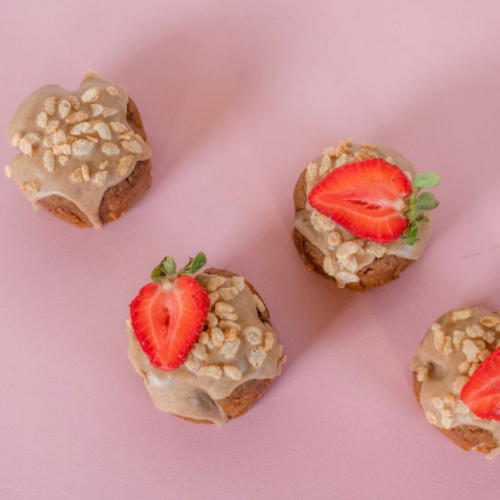 Jordon, The recipe creator for this dessert, loves taking the concepts of traditional desserts or drinks and transforming them into a cake. Horchata is a rice milk drink which is sweet, cinnamon-like and incredibly delicious...so she decided to make a cake out of Horchata...and it is damn good!
Print Recipe Pin Recipe
Course Desserts
Cuisine American

What an absolutely special episode of #LunchBreakLIVE with the awesome Jordon Rondel in the kitchen.  She is an AMAZING baker, and an all-around fantastic human being, who oozes a super cool sensibility in fashion, art, and desserts.  I hope you give her Horchata vegan mini cakes a try and let us know how much you loved them, cause we think you will LOVE them.  Take a photo of your finished treats and tag @UnChained_TV on Instagram.  In search of other easy vegan recipes to try?  Hop on over to the #LunchBreakLIVE page, where we have a ton to choose from.  Until next time…keep cookin’!