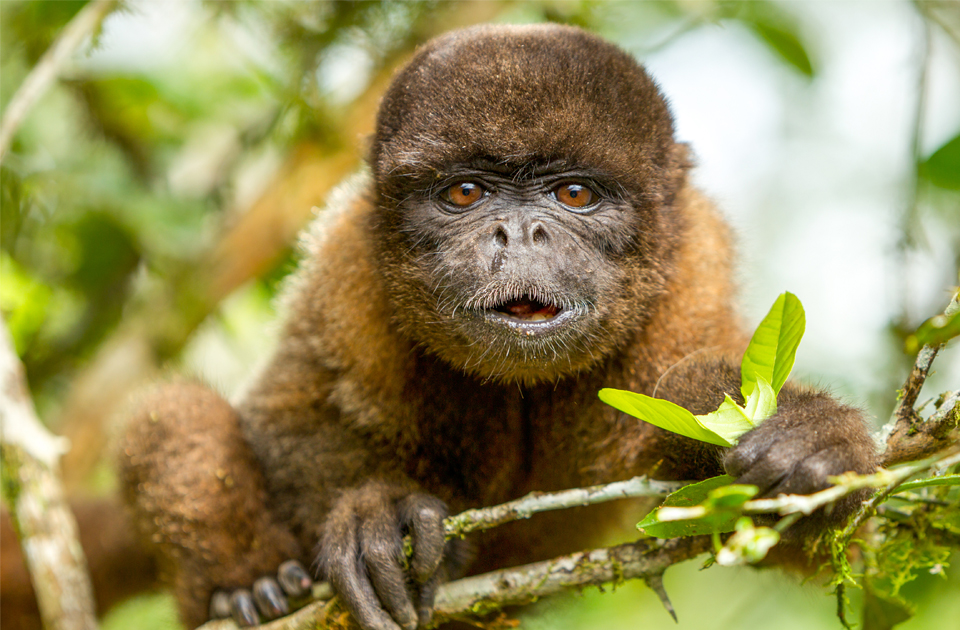 With recent success in Ecuador, the case for granting legal personhood to some captive animals is advancing all over the world. A huge case comes up May 18th in New York involving Happy, the elephant.

Happy, Estrellita, Kaavan, Chucho, and Billy may become names that future law students will have to memorize. They are not amazing litigators or erudite legal scholars. Rather, they are victims of a widespread injustice ignored by the authorities until their cases entered the court system.  Like many others sharing their fate, they are innocent animal prisoners condemned to a life in captivity in different countries. Now, their plight has begun drawing attention in courtrooms. Some laws are changing as a result. These legal advances are historic and could affect thousands or even millions of other captive animals.

All of them all wild animals held captive in zoos. Their legal cases, championed by animal activists, have now ended up in superior courts in countries such as Argentina, Ecuador, the USA, Pakistan and Colombia. The goal is to persuade the judges they are all legal persons kept against their will, therefore amounting to a violation of their rights.

Some of these cases are still ongoing, but others have already produced amazing results. The Non-Human Rights Project (NhRP) is a prominent civil rights organization dedicated solely to securing rights for nonhuman animals. UnchainedTV’s Jane Velez-Mitchell interviewed three lawyers working alongside this organization, who know many of these cases well. You can watch the entire conversation here:

Estrellita the Monkey, One of The Trailblazing Animal Prisoners

Estrellita was an Amazonian woolly monkey taken from the wild when she was one month old and kept as a pet by Ana Beatriz Burbano Proaño for 18 years. As this is illegal, the authorities seized her in 2019, relocating her to a zoo where she died a few weeks later. In March 2022, Ecuador’s High Court found that both Burbano and the government violated Estrellita’s rights. Firstly, by Burbano removing Estrellita from the wild and keeping her in conditions not suitable for preserving her natural integrity. Secondly, by government officials removing her without any consideration of Estrellita’s particular circumstances or whether transferring her to a zoo was most appropriate.

Macarena Montes Franceschini holds a law degree from the University of Chile, with a Master’s Degree in Animal Law and a Master’s Degree in European Law from the Autonomous University of Barcelona. She is currently a Rights Research Fellow at the Brooks McCormick Jr. Animal Law & Policy Program at Harvard Law School (ALPP). Montes explains the importance of Estrellita’s case:

“Happy” the Elephant, Another Prisoner Waiting for Justice

Kevin Schneider is an NhRP Staff Attorney. He earned his law degree from Florida State University in 2013 with a specialization in environmental and land use law. He works on a case of an elephant named — in a tragic irony — Happy.

“So ‘Happy’ has been at the Bronx Zoo for over 45 years. For the last 15 of those years, she’s been held alone without the company of any other elephants. We believe she was taken from Thailand as a child, and probably saw her family killed in front of her — at least some of her family.”

She is still at that zoo, but many people have been campaigning to relocate her to an elephant sanctuary.

“There is a ray of hope for her because next week, May 18, 20922, at 2 PM EST, the highest state court in New York, the Court of Appeals, will hear a historic argument on behalf of her made by the Nonhuman Rights Project against the Wildlife Conservation Society, which owns and manages the Bronx Zoo. And this is the first time that any English-speaking court will consider a question like this.”

Happy had already made history for other reasons (which can help her current case):

“Happy was also somewhat coincidentally the first elephant in the world to be documented to pass what’s called the Mirror Self Recognition Test. This is a classic test for self-awareness. It’s where they mark her head with chalk, put her in front of a mirror and see if she stands there investigating the mark on herself. It’s a sign that individuals recognize themselves.”

A 1679 UK law may turn out to be key for recognizing the rights of these animal prisoners.  Habeas Corpus is an Act of the UK Parliament which prevents imprisoning people unlawfully. It translates as “you may have the body.” It later became used to fight against arbitrary detention by the authorities.

Kristen Stilt is a Professor of Law and Faculty Director of the Animal Law & Policy Program at Harvard University. She explains what this has to do with the zoo animals’ cases.

“It’s an old doctrine. We got it from the British and it basically means: show me the body. For example, Guantanamo Bay. When all those folks were detained and no one knew why. What the lawyer brings is a habeas corpus claim. Show me the body, bring this person to court. And then show us that this detention is lawful. Sometimes, the detention is lawful, but sometimes it’s not. But it’s a very fundamental legal cause that allows essentially us to be protected from unlawful detention. From wrongful detention by the government, or even perhaps by a private individual. It’s one of our most fundamental protections.

“It’s a very powerful doctrine that now is being used on behalf of animals to attempt to bring the question before the court: is this detention lawful or not? That is where we succeeded in Ecuador in the sense that the court at least entertained the possibility.”  Stilt notes that these legal arguments is how history is often made.

“It’s very hard to know what the judges might ultimately do but we have had some earlier opinions from other judges in New York that have been, at least, open-minded to this question.”- Kevin Schneider, NhRP attorney

If a Habeas Corpus petition is successful in the case of a captive animal, it may imply a recognition that wild animals are persons. Stilt explains more:

“The technical phrase is: legal person. It doesn’t mean that Happy is a human. Nobody is saying that. But, it’s like a corporation who can sue and be sued in their own name, and claim certain rights. The argument is that Happy, too, should be able to present herself through her friends, Kevin and his colleagues, to claim certain rights. And the court should see her as a ‘legal person’ standing in the court because, up until today, the court doesn’t see her.”

There have already been successes in granting legal personhood to non-human animals. Montes explains:

“Some of the most famous cases involve an orangutan named Sandra who is currently living in Florida, in the Center for Great Apes. Sandra was born in Germany, she was sent to Argentina, and lived many years in a zoo in Buenos Aires. This case is very important because it was the first time in Latin America that a judge recognized an animal as a subject of rights.”

Sandra’s case influenced another case in Pakistan involving Kaavan the elephant who, in 2020, was eventually sent to a sanctuary in Cambodia. Another case happened in Colombia involving an Andean bear called Chucho.

“The Colombian case involving a bear also reached the highest courts in the country. There was a debate between the Supreme Court and the Constitutional Court regarding animals. Judges are becoming interested in this topic. And, that is the reason why the Ecuadorian courts selected Estrellita’s case to develop binding jurisprudence on animal rights and the scope of the Habeas corpus.”  Macarena Montes Franceschini, attorney

A similar recent case involved some hippos in Colombia, but these were not captive. In Chile, with the new constitution being drafted, legislators could give rights to nature as the Ecuadorian Constitution did.

In California, Billy, an elephant at the LA Zoo, has become another potential case.

“There is an increasing trend in Latin America that I hope expands to other regions around the world.” –Macarena Montes Franceschini, attorney