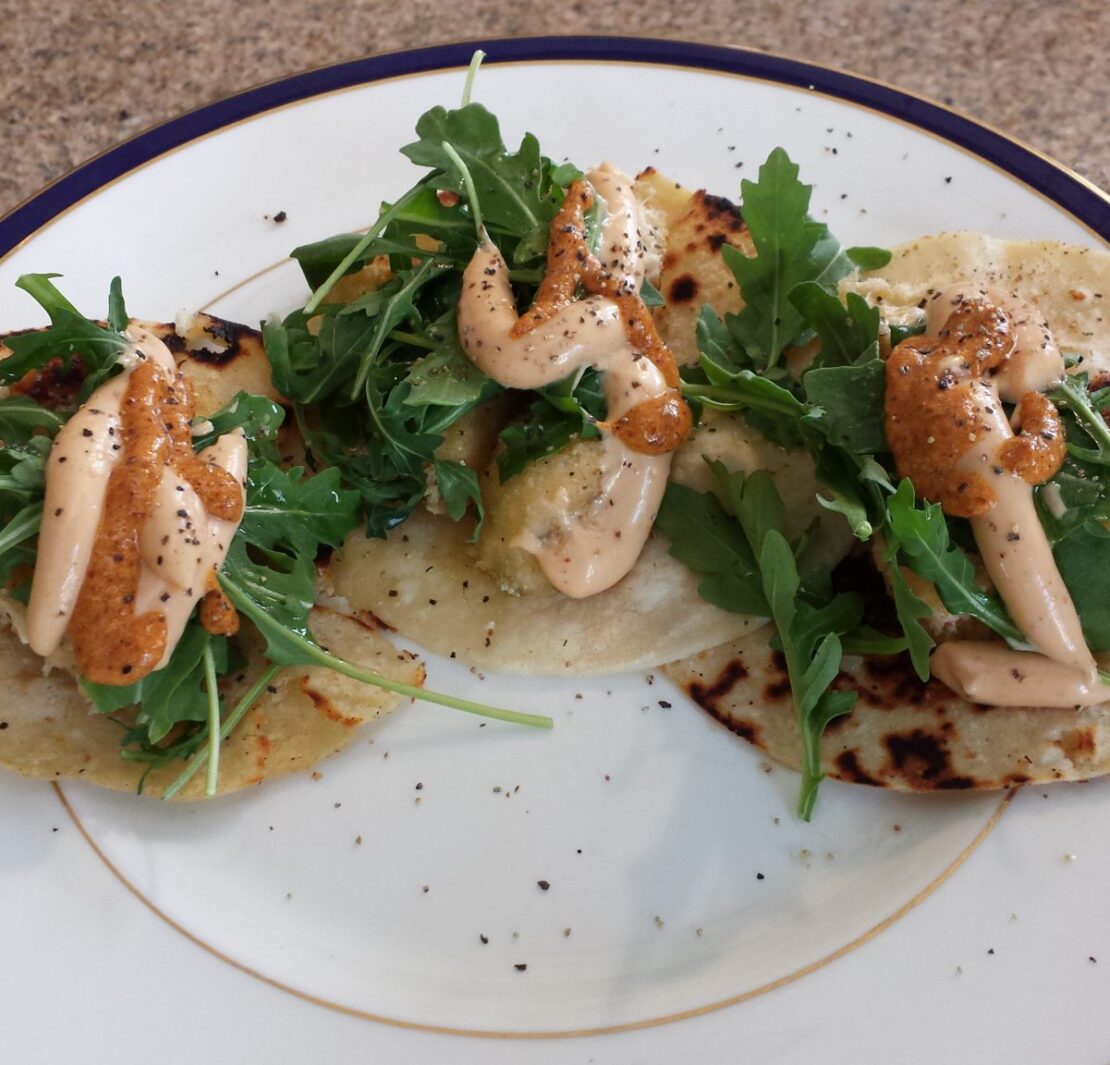 Raise Vegan magazine is a guide and information for parents to raise their children on a plant-based diet. The founders of the magazine set out to change the misconceptions of vegan children and started the Vegan Pregnancy and Parenting community online. Issued in beautiful monthly prints, it is the first parenting magazine to bring you everything you need to know about being vegan and raising vegan kids. The issues cover everything from vegan news, pregnancy, parenting, recipes, and so much more!

Just Chipotle Mayo (or any mayo of choice)

Cook the Gardein Mini Crispy Crabless Cakes according to instructions on the package with olive oil in a wok or pan. Warm the tortillas in the same pan. Place the crabless cakes in the tortillas and top with arugula, chipotle mayo, and sriracha mustard. Enjoy!