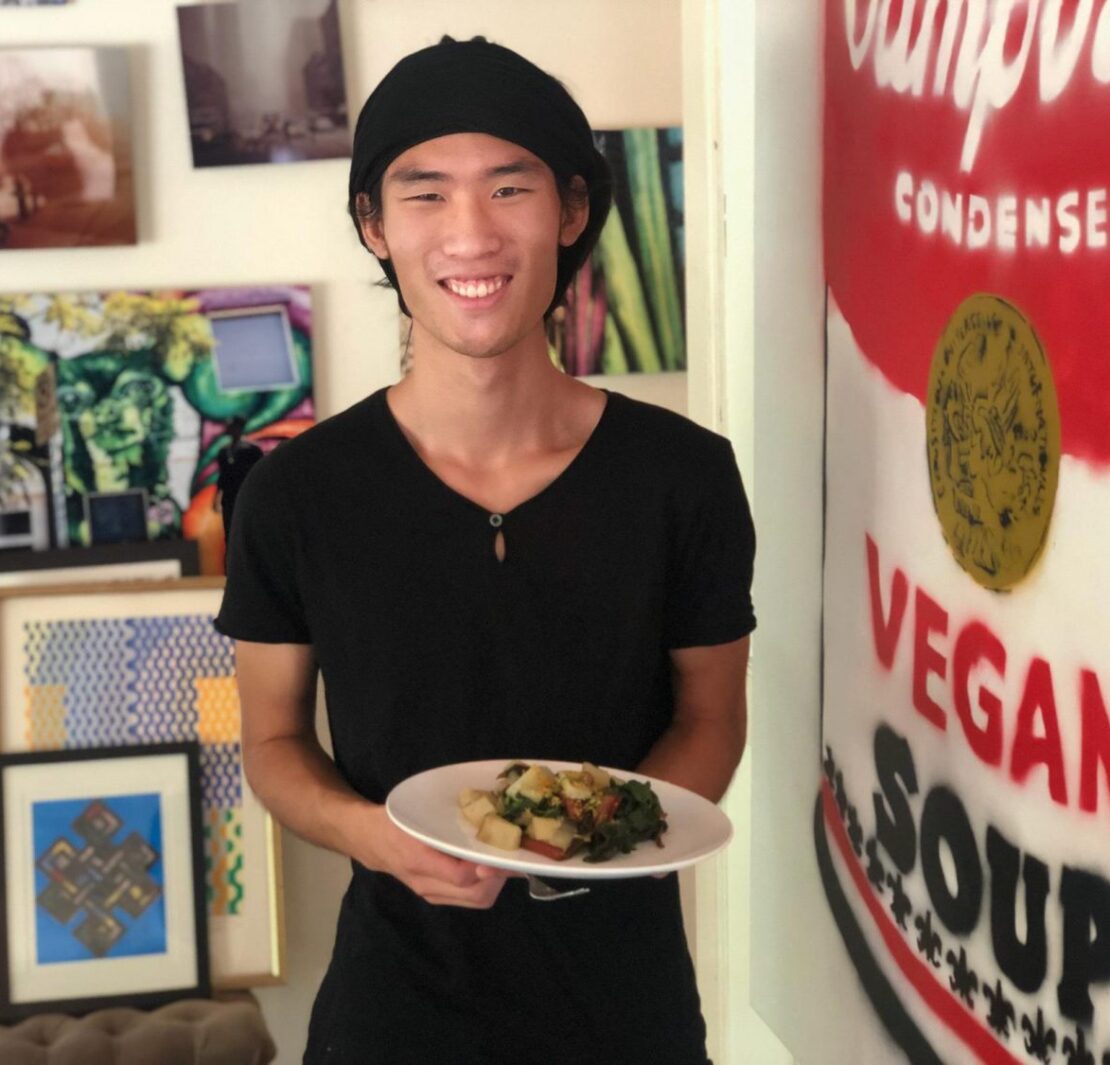 Keepn’ it simple here on #LunchBreakLIVE with incredible animal rights activist Ryuji Chua! Blazing onto the Los Angeles scene, within a few months Ryuji jumped into activism with a multitude of groups, including Los Angeles Animal Save, The Save Movement, Anonymous for the Voiceless, National Animal Rights Day NARD, Animal Alliance Network, The Gentle Barn, and Love Always Santuary. He likes keeping it simple so he shows us how to make a simple sweet bowl of veggies.. steamed!
Ryuji prefers to eat whole foods that are simple and healthy. He also loves cooking at home versus eating out all the time. Ryuji will go to Farmers Market to get his veggies, and freeze them while they’re fresh, if he isn’t eating them right away. This ensures that he eats nutrient-rich vegetables all week long, even when he’s too busy to shop. Ryuji also had the good fortune of having a father that cooked often while he was growing up. Ryuji transitioned to a vegan lifestyle after he read the book, “Sapiens: A Brief history of Humankind.” The book is about the evolution of man from the point of view of those who shaped that history. It discusses the enslavement of human beings and the parallels to animal agriculture. The book shares the horrors of what happens to animals in agricultural industry as well. Ryuji was particularly disgusted with the way male chicks are sent into a macerator, which grinds them up alive, because they are seen as useless to the egg industry. He found out years later the author of the book is a vegan as well, so no wonder he was inspired to go vegan by his writing!
As mentioned earlier, Ryuji is heavily committed to animal rights activism. In fact, last night he was at a pig vigil for LA Animal Save, bearing witness to the suffering of baby pigs arriving to the slaughterhouse. Activists show these animals compassion and love when they arrive dehydrated, and shaken up from being transported up to hundreds of miles without food or water. Ryuji is also very outspoken about animal rights on his social media platforms. You can follow him on Instagram @peacebyvegan for more informative videos.
Ryuji can help you learn how to communicate with people who haven’t embraced veganism effectively, with empathy instead of anger. Ryuji explains that he wasn’t always this outspoken, which is hard to believe, but recently he found his voice for the animals. He believes people have the power to make their lives what they want, they just have to do it. Truly wise and inspirational words spoken by this man at the young age of 22!
Ryuji is wise beyond his years, and his simple sweet bowl of veggies sure looks amazing. The bowl definitely got Jane’s yummy stamp of approval! Eat well without the guilt. Try making Ryuji’s simple sweet bowl of veggies at home!
Check out Ryuji on social media!
Instagram: @peacebyvegan

*We invite any company connected to this story to offer their response and perspective at any time. 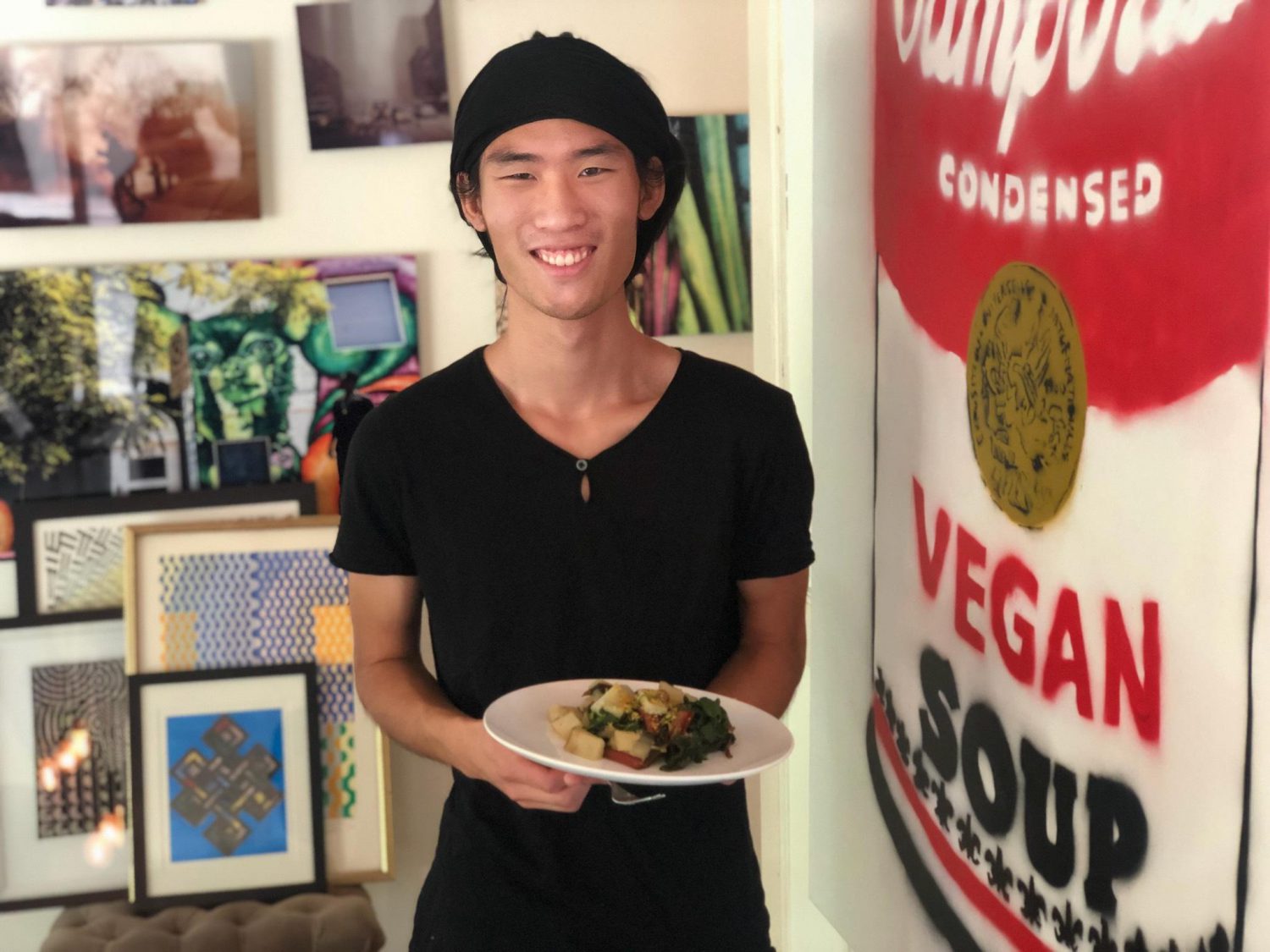 Don’t Miss the Ottawa Vegan Film Festival! The First of its Kind!