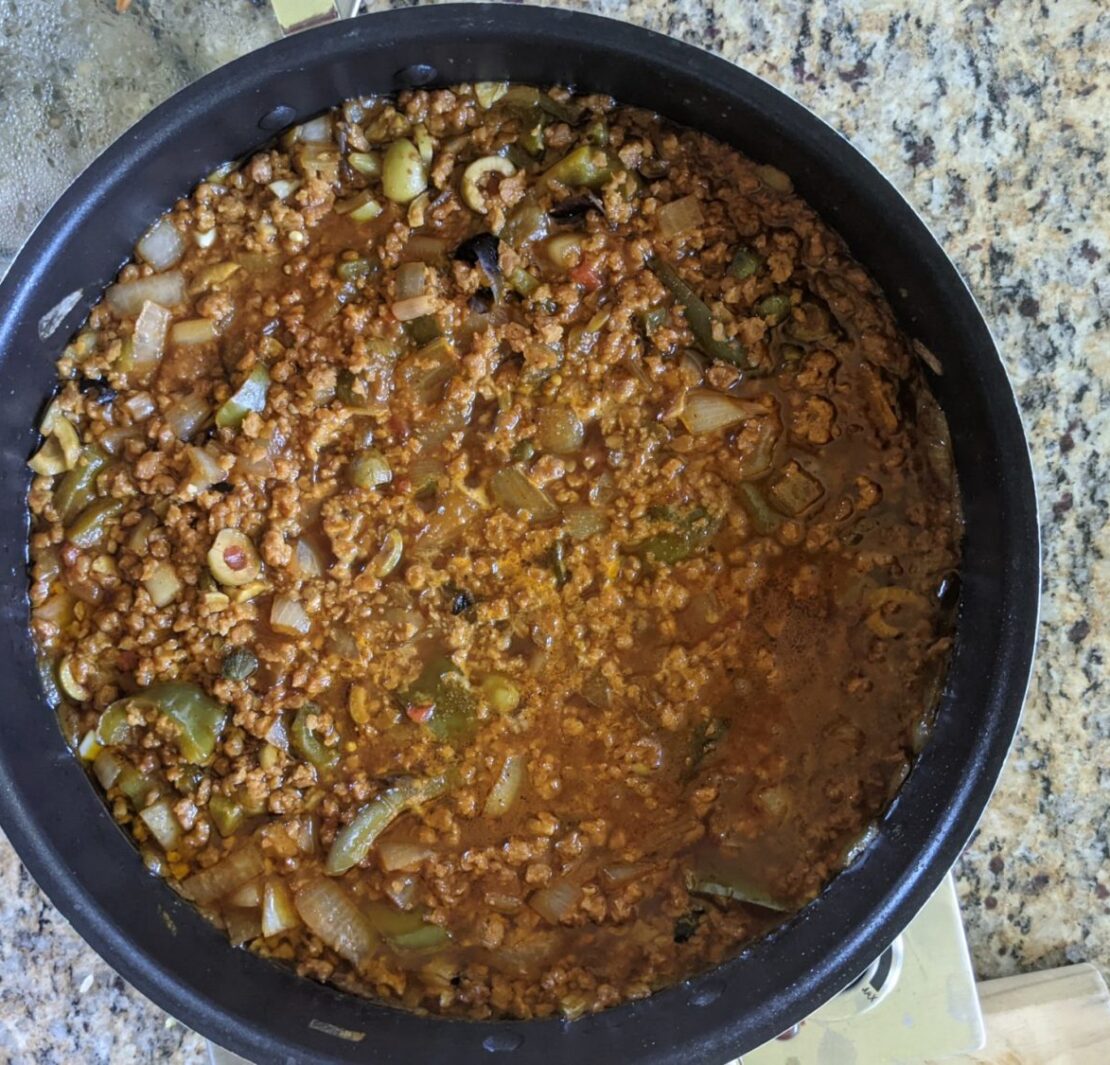 What Is Vegan Picadillo?

Every Cuban family has their own traditional recipe for Picadillo. And today we are going to learn how cuisine author and vegan chef Raydel Hernandez creates an authentic vegan version with his original savory soy blend, Manzanilla olives stuffed with pimentos, fresh garlic, peppers, and spices on #LunchBreakLIVE.   Let’s take a look at how it’s done…

Raydel Hernandez is a first-generation Cuban American, home cook, and culinary author. His dishes are authentic, delicious, and distinctly Cuban. Heavily influenced by traditional Cuban cooking, Raydel’s culinary sensibilities were shaped by his family experience, primarily his grandmother, Pilar Mejido. After learning how to cook Cuban food using traditional ingredients, Raydel became a vegan and spent 10 years experimenting with plant-based ingredients to achieve a Cuban/Vegan fusion that maintains the integrity, and delicious flavors of the original recipes, all with the goal of promoting a long and healthy life through the foods we eat.  Be sure to check out his cookbook “It’s Delicious, it’s Vegan, it’s Cuban: A Cookbook for people who want to be vegetarian/vegan but don’t know how to start.”

Vegan Picadillo.  What Is It?

Picadillo is a traditional dish in many Latin American countries and is usually made with ground meat, tomatoes, and also raisins, olives, and other ingredients that vary by region. Picadillo is often served with rice or used as a filling in things like tacos.  But today Raydel made vegan Picadillo using vegan beef crumbles by Gardein. His recipe is super simple to make, has an aroma that will fill your kitchen with love, and a taste that will wow anyone who tries it.  The recipe is posted below, so give it a try.  Pour it over rice, or use the Picadillo as filling for your tacos.

Over The Top Loaded Baked Potato 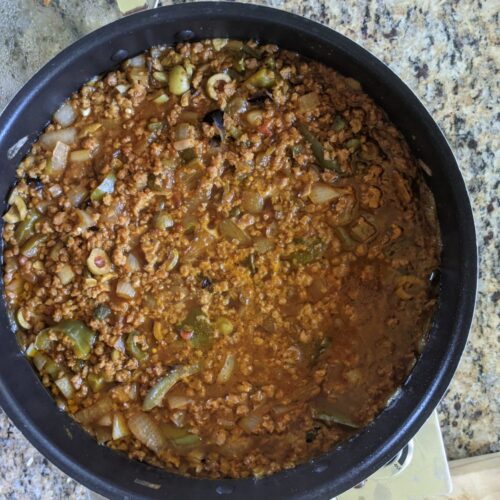 Every Cuban family that I know has their own recipe for Picadillo. In this rendition, ground soy was substituted for ground beef and it comes out just as delicious and the original version, and better for your heart’s health. Always serve Picadillo with fluffy white rice, black beans, and plenty of bread. Enjoy this delicious and easy recipe!
Print Recipe Pin Recipe
Course Dinner, Lunch
Cuisine Cuban

Keyword vegan, vegan beef
Tried this recipe?Let us know how it was!

Thanks For Having Lunch With Us!

This was a great episode learning how to transform a traditional Cuban beef dish into a delicious vegan version.  Your non-vegan friends or family wouldn’t even know the difference.  So give it a try.  And if you are looking for more easy vegan recipes to cook up, be sure to stop by the #LunchBreakLIVE page where we have a ton to choose from.  Until next time…keep cookin’!

Tofu Scramble Made With Love