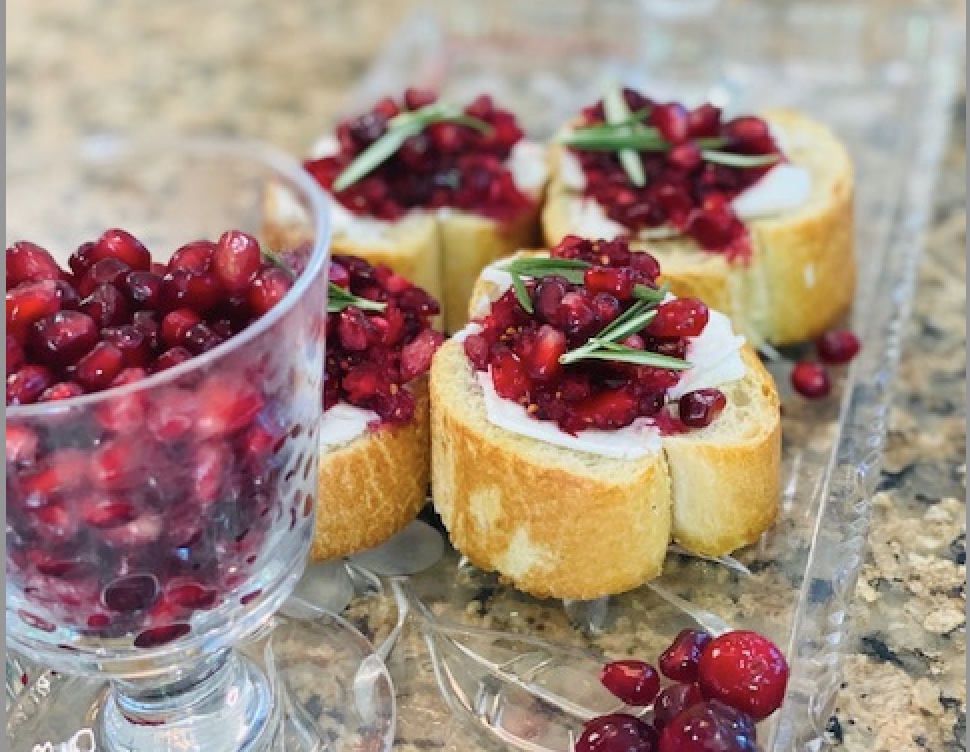 A vegan Cranberry Feta Crostini recipe that is so beautiful and delicious, you won’t want to miss this.  Join  #LunchBreakLIVE guest chefs known as Veganized with Sky and Letha as they create these delicious vegan delights for us.  Watch the video for the step-by-step instructions, and check out the recipe posted below.

VEGANIZED WITH SKY AND LETHA!

These VEGAN foodies have Infectious personalities and are loaded with fun facts about plant-based living and cruelty-free beauty.

Letha Coughlin is the mother of twins who once weighed over 200 pounds until she decided to change her lifestyle and go vegan. Then she opened a workout studio and now has a beautifully strong body.

Sky Valencia has been the creative director for Saint Martin’s Animal Foundation since 1999. Which is a vegan nonprofit organization. She is also the creator of Goldie’s Organics vegan dog treats.

Together they are truly engaging, inspiring, and hysterical. Let’s face it who wants to watch another boring vegan cooking show. Instead, they combine comedy, food, and beauty all in one show.

TIME FOR THE CRANBERRY-FETA CROSTINI RECIPE

Crostini is an Italian appetizer consisting of small slices of grilled or toasted bread and different variations of toppings that one chooses.  Sky and Letha use vegan feta cheese and cranberries as their toppings which is a perfectly delicious combination for Crostini.  These would make perfect appetizers for a posh dinner party, or a casual one for that matter.  They are a beautiful-looking appetizer with their bright red color, and the flavor is off the charts.  Your guests are sure to enjoy these, so I hope you give them a try. 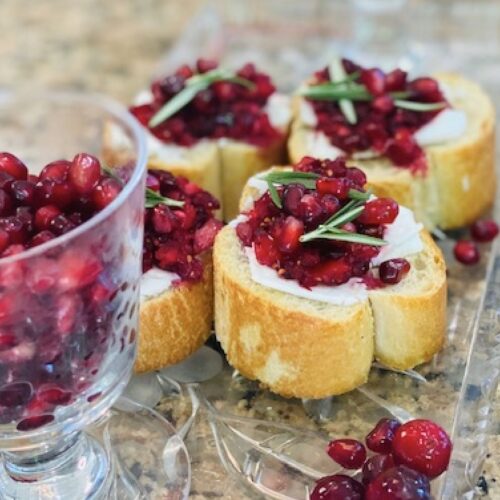 THANKS FOR JOINING US FOR #LUNCHBREAKLIVE

What a fantastic and fun episode of #LunchBreakLIVE.  The Crostini appetizer Sky and Letha showed us how to make is so simple yet beautiful and delicious.  I look forward to trying this dish and I hope you do too.  If you do, be sure to take a photo of your final dish and tag @JaneUnChainedNews on Instagram.  Also, be sure to leave a comment here and let us know how you liked it.  If you are looking for other plant-based recipes to try, jump over to the #LunchBreakLIVE page where we have a ton to choose from.  Until next time…keep cookin’!

What Your Doctor Won’t Tell You About Nutrition!