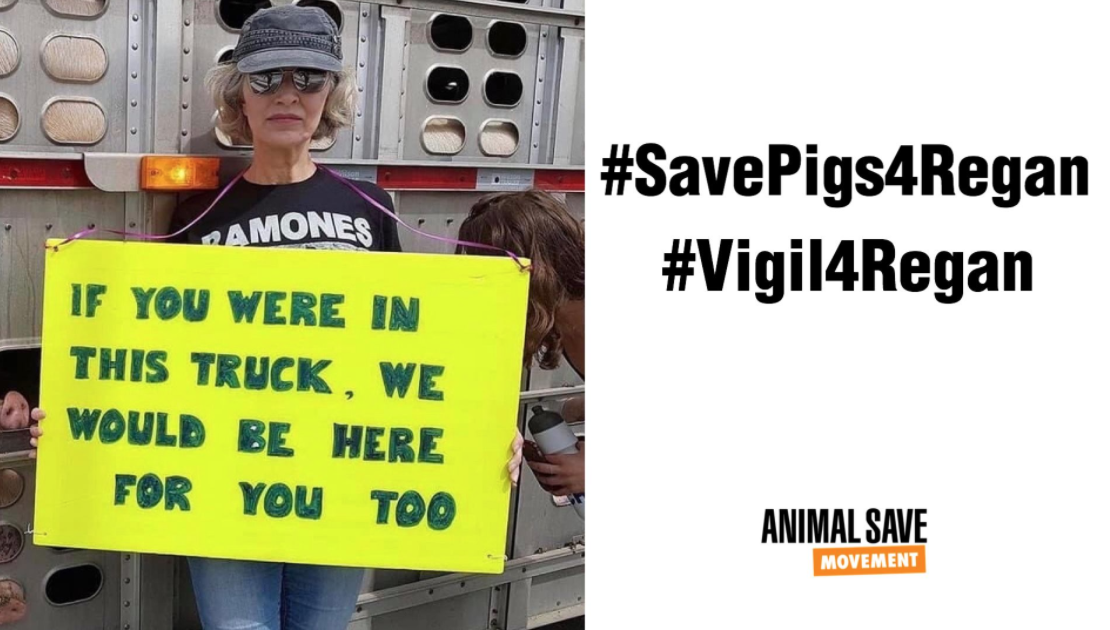 Regan was there to take part in a vigil for pigs as part of the Animal Save Movement. The beloved 65-year-old was a fixture at such events, which are designed to raise awareness about the cruelty involved in animal agriculture. Activists give comfort and water to the thirsty pigs who are crammed into trucks. The participants peacefully “bear witness” to the suffering of the pigs as they head to their deaths. As soon as word broke of what happened Friday, JaneUnChainedCanada contributor Ray Kowalchuk raced to the scene and provided this emotional real-time video report on the shocking death of a woman who was an inspiration to the global animal rights movement.

Regan – with her silver bob cut and broad smile – was admired by the animal rights community for her buoyant personality, which masked a fierce bravery that erupted as needed. Fellow activist Jenny McQueen described how Regan once saved her life when McQueen was seconds away from being choked to death during an animal rights sit-in.  The Save Movement issued this statement. “We are devastated to announce the tragic death of

Save Movement founder Anita Krajnc has been on site comforting distraught activists and leading  impromptu memorials and demonstrations outside the slaughterhouse.  “Regan was a kind, elegant, strong, and courageous person,” Krajnc said. “She was a mentor to others, and she always did activism with kindness in her heart.” Krajnc added that Regan Russell was a crusader who also advocated for racial justice. “She supported Black Lives Matter, Indigenous rights and she was an intersectional vegan who understood the importance of equality in terms of racial justice and in terms of animal equality,” Krajnc said.

The slaughterhouse says it is cooperating with the police investigation.  Camille Labchuk, the executive director of Animal Justice, said the slaughterhouse has been asked to spare the lives of the pigs who were in the truck at the time that vehicle hit and killed Regan Russell. “We have asked management to get some of these pigs in the truck to a sanctuary in her name,” said Labchuk. Click here to get to know Regan Russell, now a martyr for the animal rights movement, as she is interviewed by the amazing Michelle Labrosse. 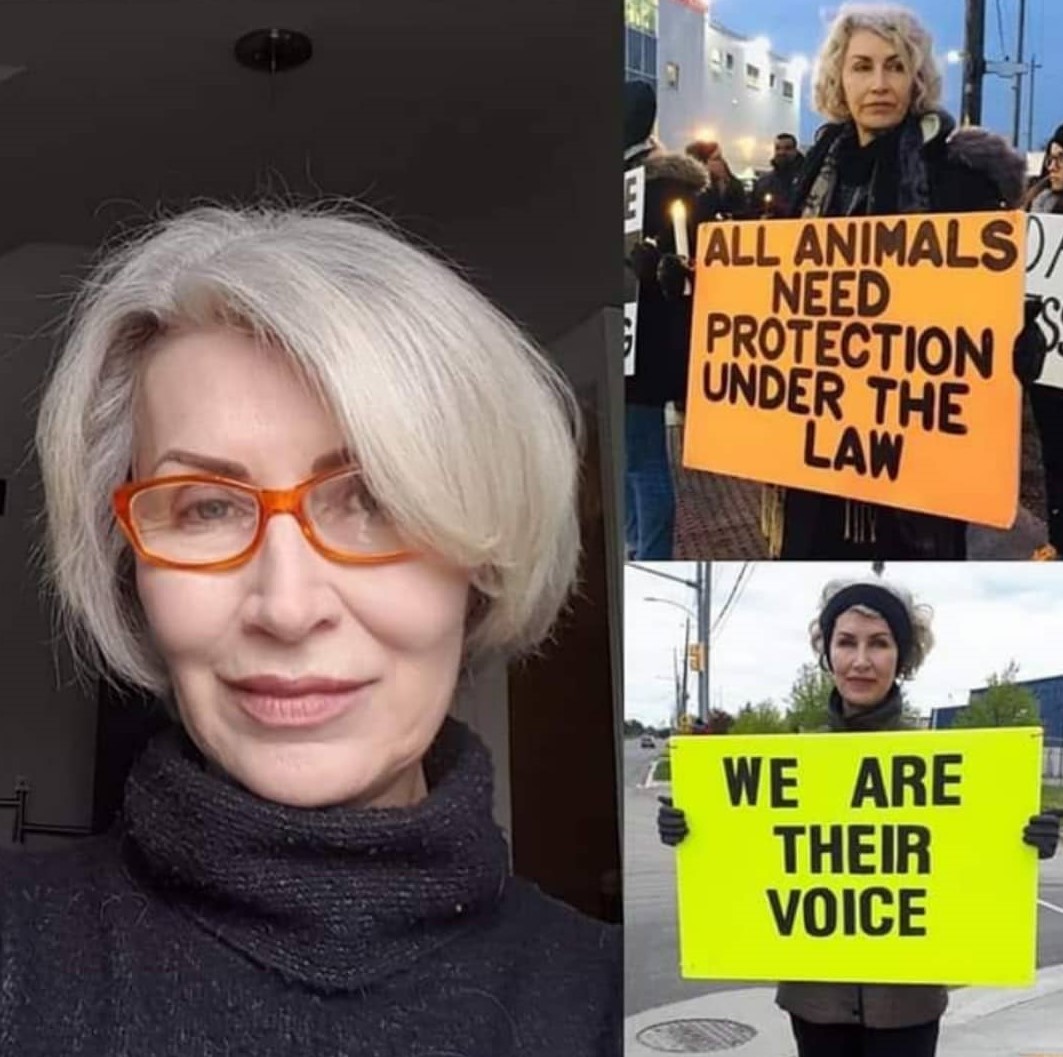 “She died fighting for what she believed in,” said Mark Powell, Russel’s partner of 19 years. -Raise Vegan MagazineRegan Russell’s tragic death comes two days after the controversial agricultural gag (“ag gag”) law, Bill 156, was passed in Ontario. Bill 156 is designed to cover up animal cruelty on farms and during transport. It mandates harsher penalties for anyone caught trespassing onto slaughterhouses, even if they are doing so to shine a light on cruelty. It effectively makes undercover filming at slaughterhouses and factory farms a crime. While the passage of this morally bankrupt law and Regan Russell’s horrific death feel like a one-two punch for animal activists on the front lines, the dual horrors have not diminished their determination to seek justice for the billions of animals trapped in a system of industrialized torture. Regan would want us to double down on our efforts. That’s exactly what we are all determined to do. Rest in peace Regan Russell.

People for the Ethical Treatment of Animals published this call to action in the wake of Regan Russell’s death. “We must not allow Regan to have died in vain but instead lament her tragic loss with more efforts, more action, more demands for accountability, and more demands for the end of killing animals for food—and for experiments, clothing, and entertainment. Here are… things that you can do right now to honor Regan and all the pigs who’ve been killed for food:

Let’s Have Lunch In Spain! Come Join Me!