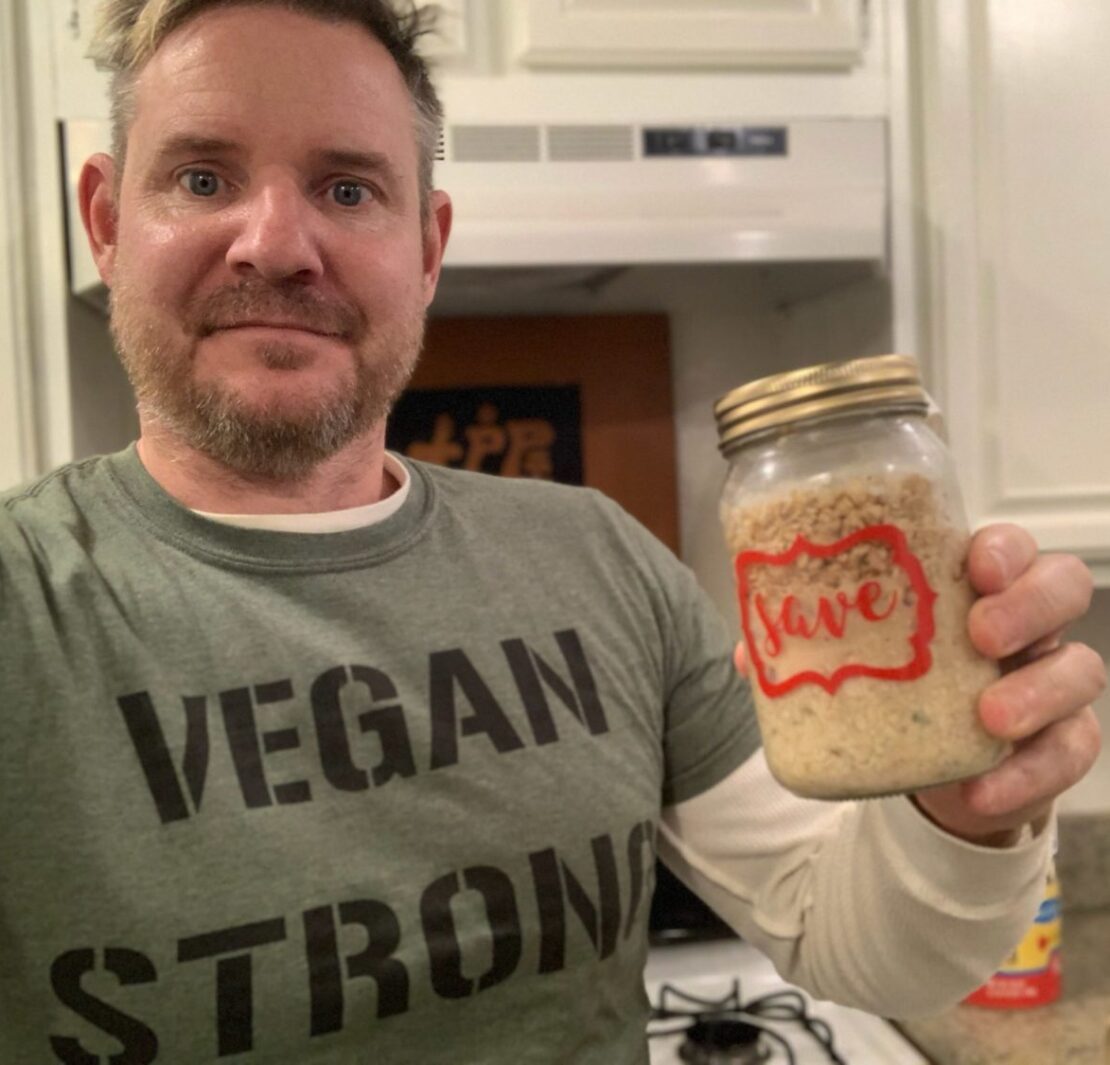 This Vegan Overnight Oats Recipe Is A Holiday Special!

Today we are making vegan overnight oats with a holiday twist. Our special guest today is Sgt Vegan (aka Bill Muir), a former Army medic, who stayed vegan throughout training and deployment. Sgt Vegan will show us his vegan holiday oatmeal parfait, easy overnight oatmeal that is perfect for the holidays.

What makes this recipe perfect for the holiday season?  The vegan nog and cinnamon of course!  The beauty of this recipe is you can take it to go to work, on road trips, or as a snack any time. When making this yummy treat, Bill started with a mason jar, poured in the oats, cinnamon, raisins, soy nog, granola, a banana, and vegan whipped topping. Use nuts, flax seeds, or shredded coconut as some other options. Put the lid on, shake it up, refrigerate overnight, and you’ve got a delectable treat to go!  Let’s watch him make magic in the kitchen…

Who Is Sgt. Vegan?

Bill Muir, RN (AKA SGT Vegan) left a cushy job teaching English in Japan after 9/11 to join the Army. Despite being afraid of heights, he became a paratrooper and served with the 173rd Airborne Brigade in Afghanistan as a Combat Medic. A vegan since 1992, Bill adhered to his PLANT- FUELED diet throughout his rigorous Army training and deployment.

Since being Honorably Discharged from the Armed Services, Bill has earned a certificate in Vegan Culinary Arts from Atlantic Union College and a Bachelor of Science in Nursing Degree from Drexel University and has authored the book VEGAN STRONG.

Bill now resides in Culver City, CA, and serves our Nation’s Heroes as a Registered Nurse at the West Los Angeles Medical Center. He has been interviewed on numerous TV shows all across America and has appeared on NPR’s All Things Considered. In his free time, Bill enjoys working out, traveling the world, snowboarding, surfing, practicing his Japanese, and cooking kick-ass vegan dishes.

What an inspirational human…am I right?  Just wow!  If you want to check out his newly released book, “The Adventures of Sergeant Piggie,” you can find it on Amazon.  We love Sgt Vegan and are honored he took the time to join us on #LunchBreakLIVE and show us one of his special holiday recipes.

Holiday Vegan Overnight Oats, With All The Holiday Spirit!

Overnight oats are the best because they are SOOOO easy to make and so incredibly delicious and versatile.  You can add pretty much whatever flavors you desire or whatever plant-milk you prefer.  I add blueberries to mine sometimes which turns my oats a pretty blue/purple color.  And sometimes I add spirulina which turns it green, haha.  Granola is a favorite addition and nuts too.  The options are endless with overnight oats.  They are the perfect after-workout snack or breakfast, or even perfect for lazy Sundays.  So if you haven’t already tried overnight oats I highly recommend it.  And if you want to make Sgt Vegan’s special holiday edition, the recipe is posted below.  So give it a try.  It is also a fun recipe to make with the kiddos!

Thank You For Joining Us!

Thanks so much for joining us on this episode of #LunchBreakLIVE.  We cook every day with different chefs and have an archive full of vegan recipes to choose from, so be sure to check those out.  Until next time…keep cookin’! 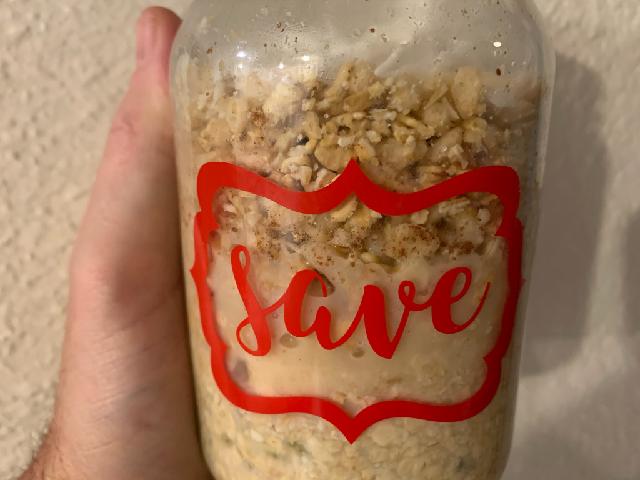 Vegan Squash Soup With A Zing!

Vegans in The Military: Sgt Vegan Reports for Duty

Carl’s Jr. Has The Beyond Meat Burger!!!