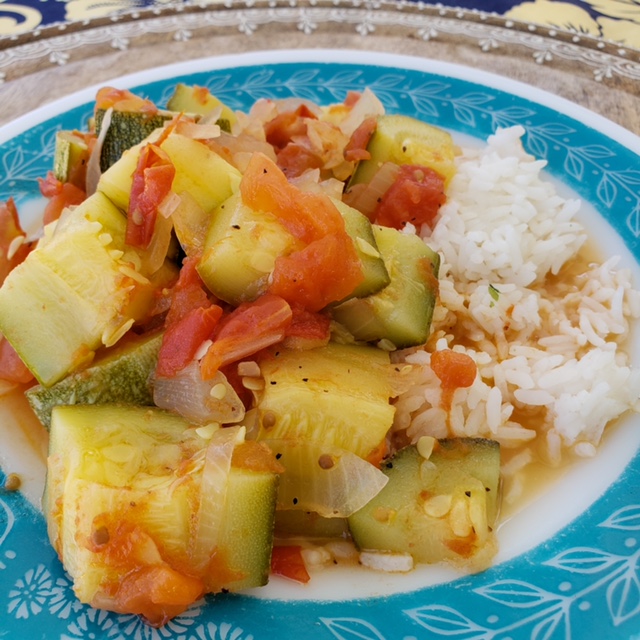 LOOKING TO GRUB ON SOME SALVADORAN FOOD?

Do you know what Calabazas Entomatados taste like? You are about to find out as we are introduced to Salvadoran food on this episode of #LunchBreakLIVE.  Join us for a delicious Salvadoran squash dish with guest chef, Norma Pérez, AKA The Salvi Vegan.  Let’s take a closer look at how she throws this tasty meal together…

Norma Pérez is an Afro-Salvadoran choreographer/dance instructor turned vegan business owner of authentic Salvadoran Plant-based cuisine called The Salvi Vegan. After being diagnosed with osteoarthritis on her lower back, her 20+ year career as a choreographer/dance instructor ended but gave birth to her new passion. After learning that meat consumption contributed to her condition plus watching the documentary Earthlings, she became vegan overnight. As the years passed she discovered more of the intersectionalities when it came to veganism and POC & how it affected not just animals but people of color. At the same time, she discovered her ancestry while doing her business and included that aspect in her business as well.

With her business, she hopes to not just bring awareness of veganism, but also how it intersects with her roots & hopefully bring about change in people’s perspective about how it affects all from animals, people of color, and the planet. She aims to create a Salvadoran vegan cookbook, a first of its kind as well as offer cooking classes and create video food content. She believes that knowing your history will allow you to have a foundation strong enough to create content to inspire others. Follow her on social media  IG handle: @thesalvivegan.  Tik Tok The Salvi Vegan. YouTube The Salvi Vegan.

SALVADORAN FOOD IS SO FLAVORFUL!

Today we were introduced to Salvadoran food, and this particular recipe is super simple to make, healthy, and really filling after pouring the cooked squash over some rice.  It is called Salvadoran Calabazas (Pipián) Entomatados .  It just takes a little time to sautee the squash, onions, and tomatoes to perfection.  A little salt and pepper and you are good to go.  You can choose to sautee in water instead of oil if you want to keep it super healthy.  The choice is yours. 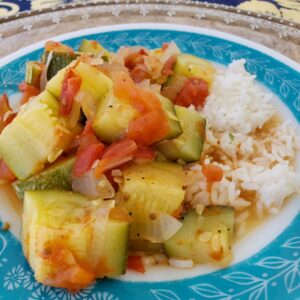 THANKS FOR JOINING US

Thanks so much for joining us for #LunchBreakLIVE.  I hope you give this flavorful and simple recipe a try and let us know how you liked it.  Take a photo of your final dish and tag @JaneUnChainedNEWS on Instagram.  Hop over to the #LunchBreakLIVE page where we have a ton of other easy vegan recipes for you to try.  Until next time…keep cookin’!

A Vegan Tapas Dish That Will Blow Your Mind!