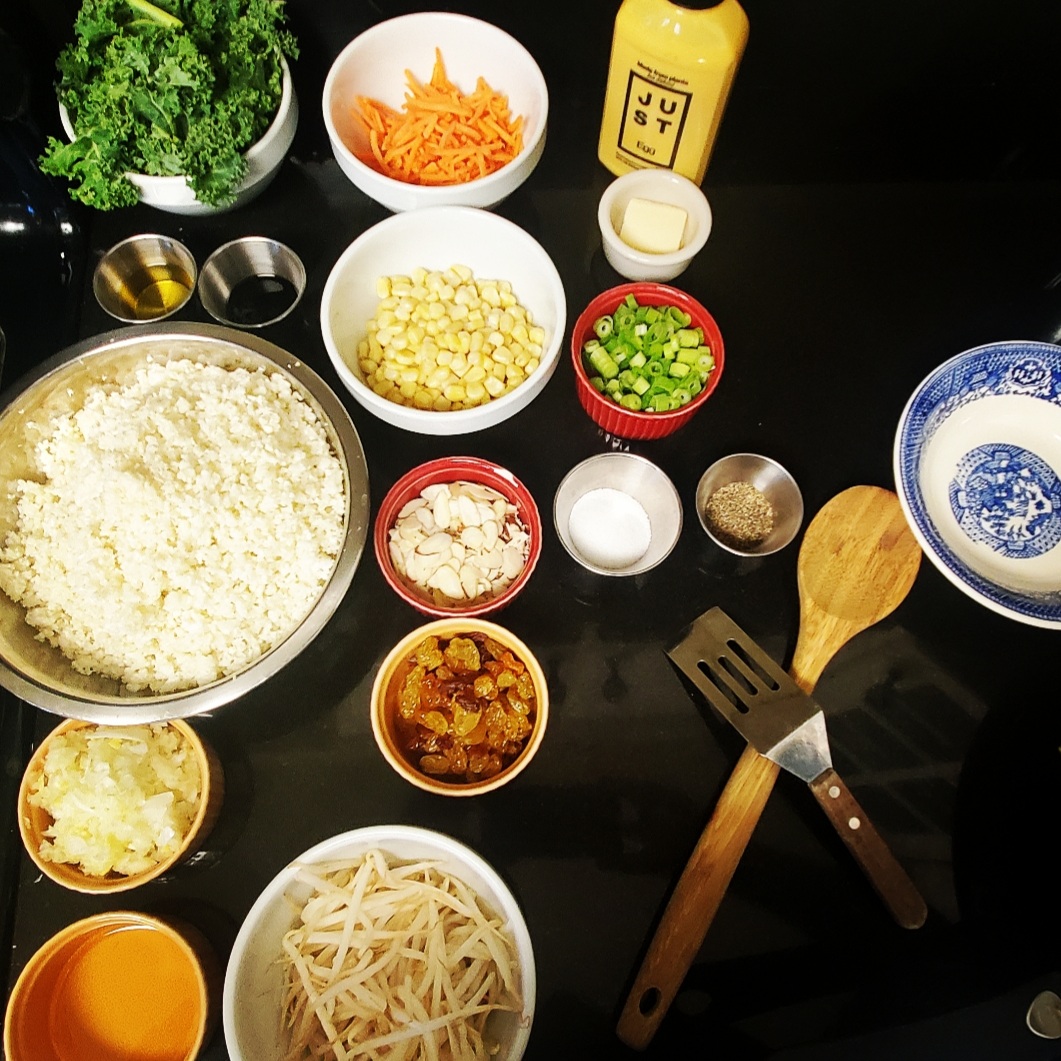 Cauliflower Fried Rice for lunch.  I am hungry!  Let’s do this! On this episode of #LunchBreakLIVE we have vegan chef Breck Oxford, a Jersey girl who found her love of veganism by managing some of New York’s top vegan restaurants, then becoming a traveling chef in the entertainment industry. Known as The Insatiable Vegan, she brings her audience and clients satiating plant-based recipes.  Let’s take a closer look at how this Special Fried Rice is made…

Growing up as a vegetarian during the late 1980s and early 1990s was a challenge for native New Jersey vegan chef, Breck Oxford. At a time when vegetarian options meant pizza, bread, and pasta, Breck struggled to find healthy, plant-based options to complement her lifestyle.

It was once Breck moved to Brooklyn that she was introduced to the many flavors of a vegetarian menu. Her passion for food led her into the restaurant industry and soon she was managing some of the top vegan restaurants throughout New York. It was here that Breck’s love for veganism began.

As a traveling private chef, for some of the top names in the entertainment industry, Breck takes pride in developing high-quality, mouth-watering, plant-based menus for the soul, sourcing the best local ingredients nature has on offer.

Breck is currently a single mother residing in New Jersey with her determined and fearless son, Noble (who is also a huge fan of his mama’s rockin’ vegan creations).   Be sure to stop by her website to learn more.

Cauliflower Fried Rice is delicious and far lower in carbs than regular Fried Rice.  Not to say that regular rice is bad for you, but some people prefer the added veggie nutrients and lower carbs in this dish.  Cauliflower makes for a great rice replacement when it is finely chopped and cooked.  I use it all the time in my stir fry dishes.  It is super yummy and gives you that same great texture as rice.  And Breck uses the infamous Just Egg in her Fried Rice, making it just like the kind you’d order at any restaurant.  So much Yum! 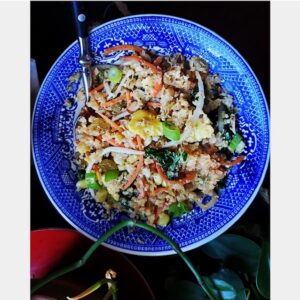 Cauliflower Fried Rice is a healthy choice, made with Cauliflower instead of traditional rice. It is a lower carb option and is packed with plant-based nutrients. A very simple recipe to make, so give it a try.
Print Recipe Pin Recipe
Course Side Dishes
Cuisine Asian

Thank You For Stopping By and Joining Us!

I love simple recipes like this Fried “Rice”.  It’s easy to make yet doesn’t lack in taste.  And it is also full of plant-based nutrition!  We have so many other vegan recipes for you to try, so be sure to check those out on the #LunchBreakLIVE page.  Until next time…keep cookin’!