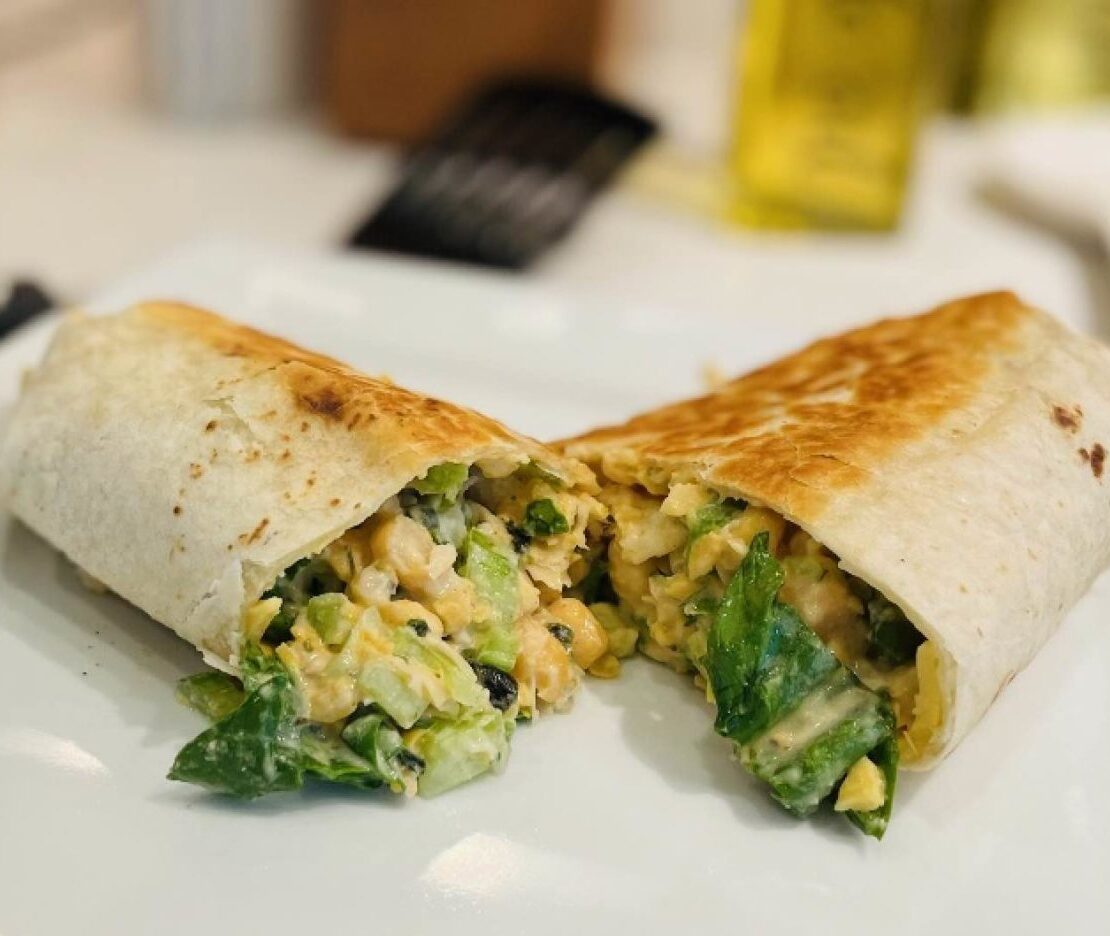 HOW TO MAKE A MOUTH-WATERING VEGAN TUNA MELT

Who’s hungry for healthy? It’s time for a fresh Vegan “Tuna” Melt Wrap, a healthy yoga-centric dish, with #LunchBreakLIVE guest chef Adrianne “Namaslay” Burke. This is such a simple and delicious recipe that is healthier than animal Tuna and by choosing the vegan version, you help keep our oceans alive by not eating the fish that live in them.  Let’s see how to make this awesome recipe…

MORE ABOUT OUR GUEST CHEF

Adrianne loves being in nature and finds it to be a powerful place for healing and growth. She also loves being at home and finding nature even in those not so typical environments. She grew up in rural Virginia and has spent most of her life since then in Washington, DC where she experienced urban life. Through both of these experiences, Adrianne found a love for understanding how our environment plays into our ability to heal. She currently facilitates workshops that link yoga, self-care, leadership development, and social justice together in one place. Adrianne’s background is in communications studies, with a minor in both Philosophy and Religious Studies as well as Leadership Studies. She began her yoga practice in 2006 while in college, starting through academic study, and later focusing on practical practices such as pranayama, asana, and meditation. She received her 200HR certification in 2015 in Hatha/Vinyasa Yoga from Faith Hunter at Embrace Yoga in DC and her advanced 300HR (500 RYT) in 2019 from Beryl Bender Birch at Studio Bamboo Yoga in Chesapeake, VA. Adrianne is also a certified Reiki Master Teacher through Intuitive Counselor Jamila White and offers Reiki training and attunements at all levels. She is a social justice advocate and is passionate about helping individuals adapt to climate change and heal from environmental injustices or natural disasters. She spent over 10 years working with nonprofits on animal rights issues, environmental issues, women’s health, racial justice, voting rights, and health communication; and uses these experiences to give a real world view of how ancient practices can help us live sustainably in our new and changing world.

She currently leads daily meditations online via the Clubhouse app to her over 1500 member club Abundance Activators and is a core trainer for the 200hr Yoga Teacher Training program at Love Yoga Studio in Hyattsville, MD.

TAKE A BITE OUT OF A VEGAN TUNA MELT, NOT A FISH!

Tuna Melt is an all-American favorite.  It’s a meal that has been around for ages and is popular with many.  But it is time to make the switch from fish Tuna, to Chickpea Tuna, which tastes just as good, is far healthier, and is better for the planet and the oceans.  A little bit of Old Bay seasoning and seaweed turns your mashed Chickpeas into a Tuna Melt that will bring you that same fishy taste you are craving.  Give it a try, you won’t be disappointed. 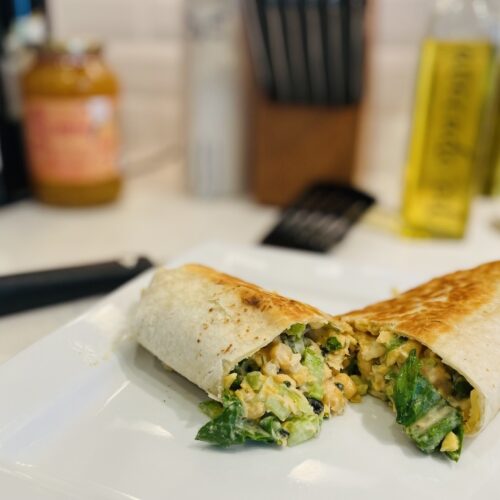 Are you craving a Tuna Melt Wrap, but don't want to eat fish anymore? This vegan version will rock your tastebuds. It is made with Chickpeas and uses Old Bay seasoning and Seaweed to give you that fishy flavor you are craving, without any cruelty!
Print Recipe Pin Recipe
Course Lunch
Cuisine American

THANK YOU FOR KEEPING OUR OCEANS ALIVE AND CHOOSING VEGAN

Your choice to eat a vegan Tuna Melt helps to keep our oceans and sea life alive, which is more important now than ever.  The oceans are dying due to overfishing, and if we don’t do anything about it the human species will also be unable to survive.  It is so easy to be vegan now, and yes you can still have “seafood”…the plant-based versions.  And they are super tasty!  If you want to explore other plant-based recipes be sure to visit the #LunchBreakLIVE page where we have a ton to choose from.  Until next time…keep cookin’!